“We look forward to this opportunity to evaluate athletes from last year’s U18 and U17 pools who have some age-group international experience. I expect the tryout and training camp to be competitive and players will push each other to be better,” said Head Coach Rich Chambers (Terry Fox Secondary School).

Chambers is in his 12th and final year as head coach of the U18/U19 Women’s National Team. Joining him on the sidelines are assistant coaches Scott Edwards (University of Alberta) and Scott Reeves (Thompson Rivers University).

The U18/U19 Women’s National Team finished second at the 2014 U18 FIBA Americas championship, winning four games and losing in the gold medal game to the United States. This group also includes athletes from the 2014 U17 FIBA World Championship roster.

Athletes were identified throughout the year in a series of identification camps and recommendations from the Provincial/Territorial Service Organizations.

Tryouts will be closed to media. The team will host a media day during training camp on Thursday, July 3rd. Practice is from 10:00 a.m. until 1 p.m. and doors will open for media at 12:15 p.m. Please e-mail[email protected] to confirm attendance.

COACHING STAFF
EXHIBITION SCHEDULE
U19 FIBA World Championships
Follow @CanBball for score updates and live stream information. All games will be streamed on youtube.com/FIBA.
About Canada Basketball:
Canada Basketball is a private, not-for-profit corporation committed to excellence in leading the growth of the game domestically and in pursuing medal performances on the international stage.
Courtesy Canada Basketball
Drew Ebanks 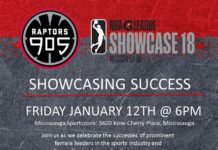 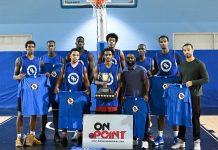 X-Men capture their first On Point Summer Pro Am title as...

JUNIOR WOMEN FALL TO USA IN FINAL GAME OF PRELIMINARY ROUND 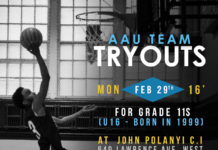