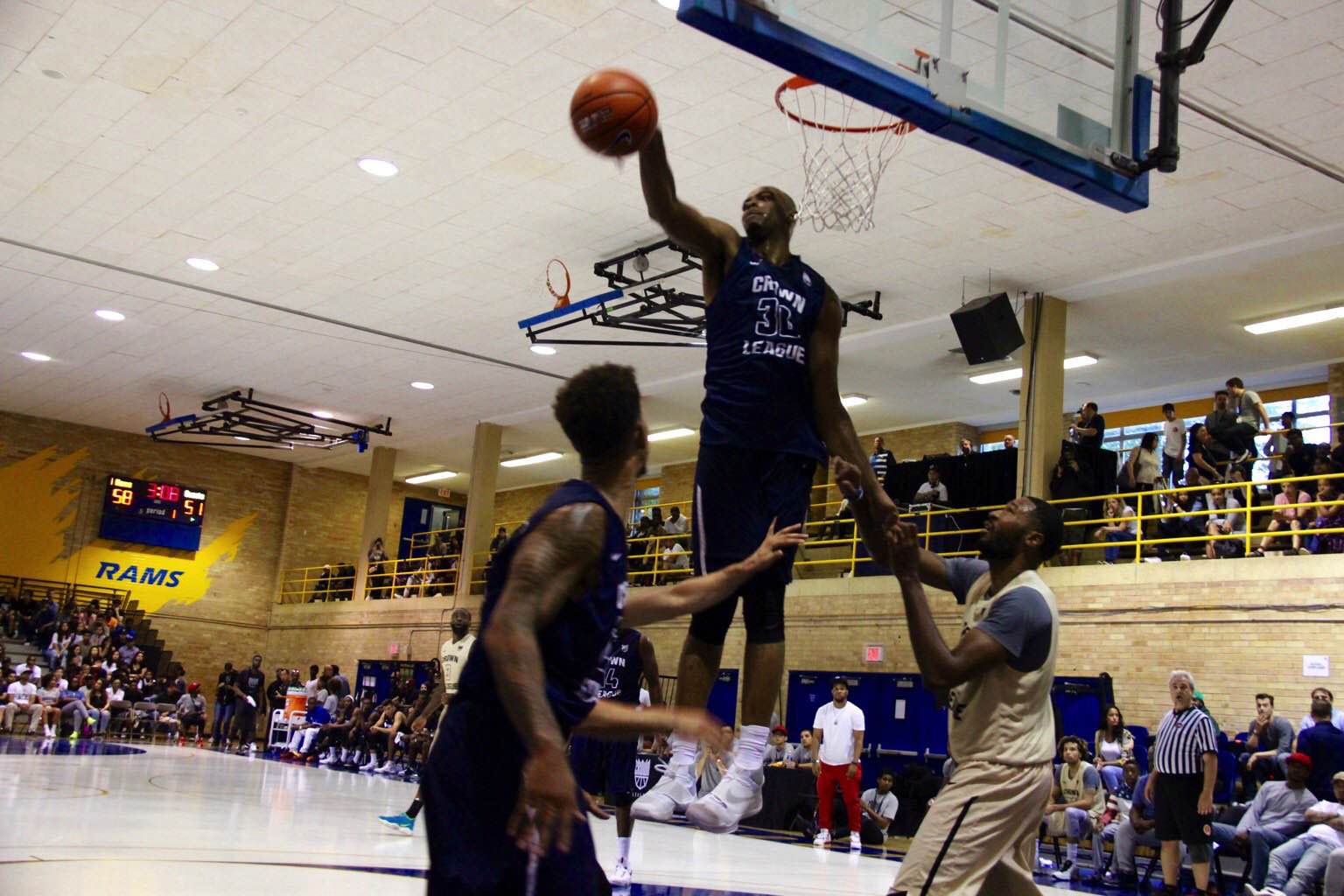 9Now, MADE, and ACE come away with victories in Week 3 of Crown League

Home » On Point Blog » 9Now, MADE, and ACE come away with victories in Week 3 of Crown League

Week 3 of Nike’s Crown League wasn’t any better for Team Northern Kings, as they fell to a 0-3 record after losing to Team 9Now, 71-63.

It was the same story for Team Northern Kings, allowing the game to slip away in the early stages. Just like their first two matchups, they played much better in the second half, but by that time the game was already out of their reach. This loss should hurt more than the others, with Team 9Now only a having a single substitute, compared to their five.

Christian Kabongo, Ammanuel Diressa, and Greg Monroe combined for 61 of Team 9Now’s 71 points. The most impressive performer was Kabongo, who led the team with his energy on the court, and with a team-high 25 points.

“I might have been too loud,” said Kabongo. “But I’m not the type of guy to shy away from my actions. I thought they were getting too close, and I thought we needed to build some energy someway, somehow.”

The second matchup of the night was the most entertaining game of the tournament so far, with Team MADE and Team CIA Bounce battling their way to an OT period. Both teams made tough shots down the stretch, but Junior Cadoguan was able to put Team MADE on top with a bunch of clutch shots to secure an 81-78 victory.

In the final game of the night, Crown League put on a rematch of last year’s Finals between Team 1 Love T.O. and Team ACE. This time around, the script would be different with Team ACE coming away with a decisive 78-67 win over the defending champions. Myck Kabongo continued to push the pace, allowing his team to come with a win despite Team 1 Love T.O. having NBA pro, Andrew Nicholson.

“We just wanted to have fun out there, and we wanted to control the tempo of the game, ” said Myck Kabongo, who had seven assists “Whenever we play aggressively and a fast tempo, it always ends up being a good thing for us on the scoreboard.

Team 1 Love T.O. will try to redeem themselves and get back to even record, when they go against Team MADE in the first game of the night, starting at 6:30 p.m. at Ryerson University’s Kerr Hall. It’ll be a tough task, as Team MADE is in first place with a perfect 3-0 record.

Just like 1 Love T.O., Team CIA Bounce will try to improve to a 2-2, but should have an easier time as they go against Team Northern Kings; who’ll be trying to get their first win of the tournament.

“I’m not trying to leave Week 4 without a W,” said Negus Webster-Chan, who led his team with 29 points in Week 3. “I told the guys on my team that I’m not here for fun.”

The last matchup will be between Team 9Now and Team ACE, with only of the teams leaving with a winning record by the end of Week 4.