Recently the Brampton A’s made major news as the first team in the NBL Canada to hire a female coach, when they added Jacki Tipping to the coaching staff. The team continues to make history with the hiring of Paul Mokeski as Associate Head Coach.  Coach “Mo” is known throughout the game as one of the foremost development and experienced coaches in professional basketball.

His resume is impressive:

* 4 year starter at the University of Kansas

* 7 years a scout and assistant coach in the NBA

* Worked with National TEAMs in both Jamaica & England

* Has won at every level of basketball

GM/Head Coach and former teammate both @ KU & for the Cleveland Cavaliers in the NBA, David Magley is very excited to reunite with an old friend, “listen it’s no great secret much of our success last year was having Paul come in and teach me the pro game during our training camp & then he left to mentor a young coach for the Rio Grand Valley Vipers in the D League.  At that level they were able to average 138 points per game for over a half of a season, playing a very similar style of play that we do in Brampton.  I am honoured that my old friend “Big Mo” would agree to join me for the entire season and help us develop these young men to the best of their abilities and humbled that we have an owner in James Tipping who understands the value of helping young men fulfill their dreams.”

The A’s will kick off their season October 21st, with a “Toonie Tuesday” pre-season game at home, where fans will get in for just $2. The regular season starts as the A’s host its Peel rival, the Mississauga Power, Saturday November 1st, 7pm at the Powerade Centre. 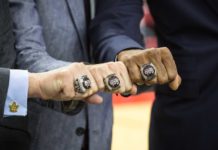 Raptors 905 give out rings, raise banner and win in home... 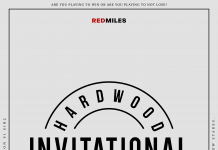