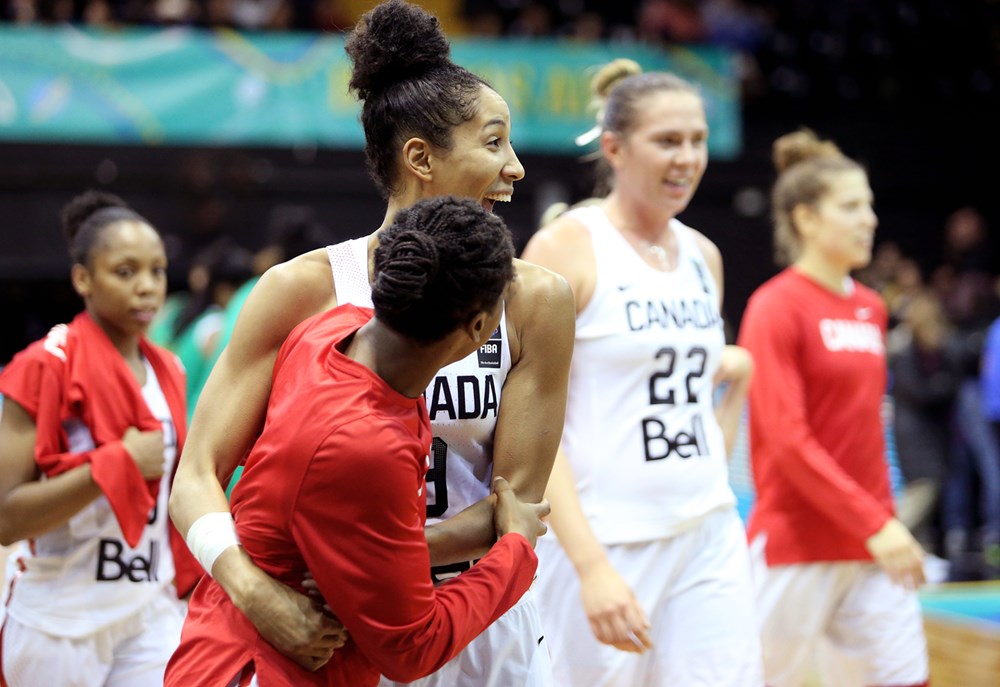 BUENOS AIRES, ARGENTINA (August 12, 2017) – The Senior Women’s National Team defeated Brazil 84-45 in the FIBA Women’s AmeriCup 2017semifinals Saturday night. With the win, Canada advances to Sunday’s gold medal game where they will face the winner of the second semifinal between Argentina and Puerto Rico.

Nirra Fields and Kia Nurse each had a game high of 16 points while Miranda Ayim added 15 points and eight rebounds. Shay Colley and Michelle Plouffe also chipped in seven points each in Canada’s win.

Canada established a 24-12 lead after the first quarter. Leading Brazil 41-22 at the half, Canada pulled away in the second half en route to a 39-point win.

While the team will be focused on defending their title from 2015, Canada has also clinched a berth in the FIBA Women’s Basketball World Cup (formerly FIBA World Championship for Women) in Spain from September 22-30, 2018.

Canada finished fifth in the 2014 FIBA World Championship for Women(Istanbul and Ankara – Turkey). However, their highest finish on the world stage is a pair of bronze medals in 1986 (Vilnius, Minsk, Moscow – Soviet Union) and1979 (Seoul – Korea).

“We’re really happy to be qualifying for our fourth consecutive world championships and that’s the first and foremost goal coming into these FIBA Americas tournaments. So to be heading into the final, we’re excited about that. It was fun to watch eight different players hit threes and see our bigs come up with some nice plays. I just thought we played really well as a team. We showed some good improvement from the last game we played and we’ll have to show some more improvement tomorrow in the final. Overall, I’m pretty pleased with how we played.”                            – Lisa Thomaidis, Head Coach

*****Canada moves on to the finals and will face either Argentina on Sunday, August 13 at 8:35 PM ET. The game will be live streamed on FIBA’s YouTube Channel. Click here for the complete tournament schedule.*****