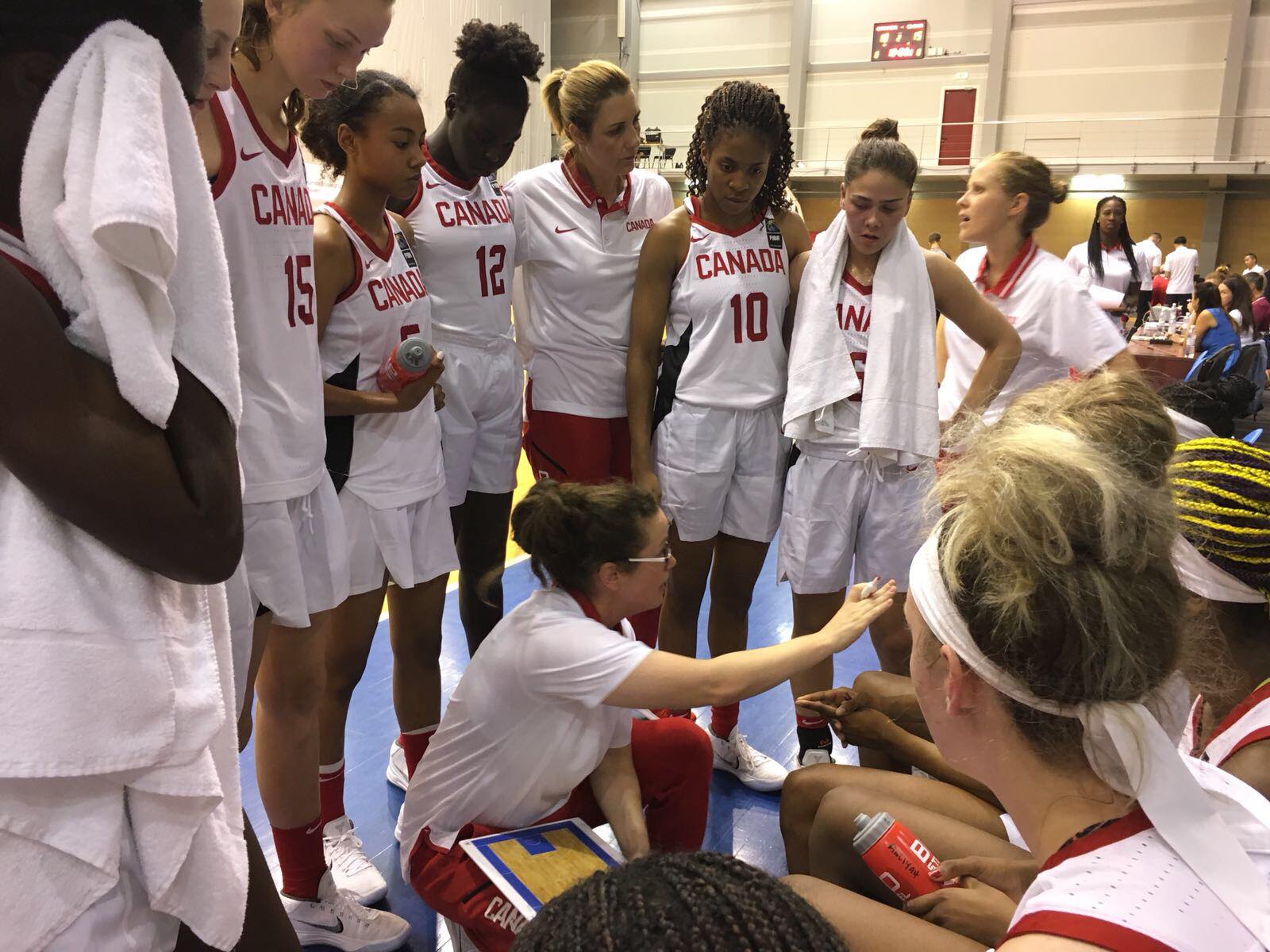 Yvonne Ejim and Sarah Te-Biasu led the way for Team Canada in the victory, scoring 11 points each while Ejim chipped in four rebounds and a pair of assists to go along with her point production. China was led by Xianglin Wu who scored a game-high 18 points.

Canada shot well in the opening frame, moving the ball with purpose and jumping out to an 18-15 lead heading into the second quarter. However, China quickly found their footing on offence, earning second-chance points as Canada held a slim 36-35 lead heading into halftime.

Canada fueled their offence through the pick and roll to begin the second half, but China’s consistent shooting from beyond the arc gave China a 58-56 lead heading into the fourth quarter. Canada’s offence continued to thrive in the halfcourt setting, but turnovers allowed China to stay in the game until the final minutes. However, one final scoring run from the red and white eventually gave Canada the 83-73 victory.

“Certainly our first win in our World Cup preparation is exciting, but of way bigger importance is that we responded to the challenges posed after yesterday’s loss. This exhibition series, and China today, provided another different style of play to come up against and we were happy to see how we adapted to the technical aspects, on top of the much improved consistency of effort and connection.  We are looking forward to another style of opponent in the US tomorrow.” – Head coach Jodi Graham

The Canadian U17 Women’s National Team will play one more exhibition game against the USA in Latvia before participating in the FIBA U17 Women’s Basketball World Cup 2018.