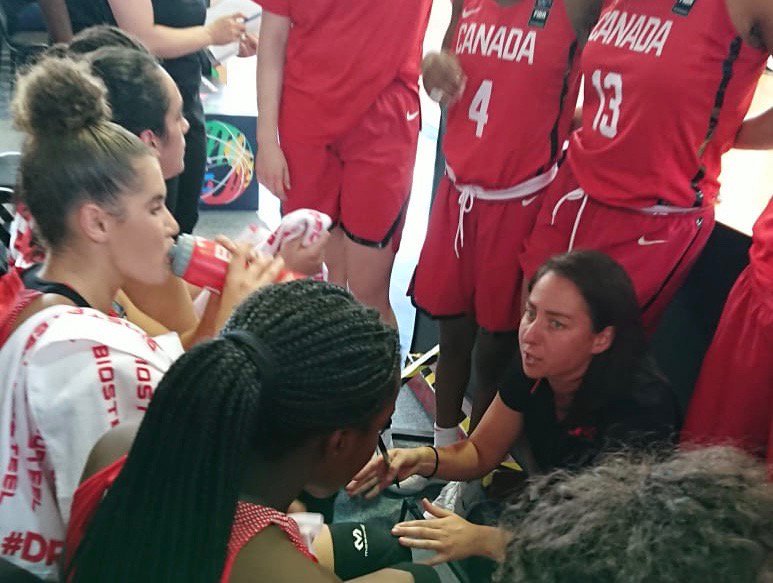 Christina Morra led the way for the red and white in the victory, scoring a team-high 17 points to go along with 12 rebounds for the double-double. Colombia was led by Maria Alvarez who posted a game-high 19 points in the loss.

Canada controlled the boards in the opening quarter, allowing themselves extra possessions and earning a 14-7 lead heading into the second quarter in what proved to be a low-scoring frame.

Defence led the way in the second quarter for the red and white, as they pressured Colombia with a full-court press, forced turenovers, and extended their advantage to 36-20 heading into halftime.

However, despite a slow first half, Colombia came out of the gate firing in the third quarter, outscoring Canada in the frame and trimming the lead down to 54-36 heading into the fourth.

But despite a solid third quarter, Colombia allowed Canada to jump out to a 9-0 run to begin the quarter, eventually leading to the 71-40 victory.

“I think it was a great team win. I think we were all aware of our individual roles that were required to be successful and we executed those goals very well.” – Christina Morra

With the win, Canada moves on to play El Savador in their second game of group play on August 2 at 5:00 PM EST.