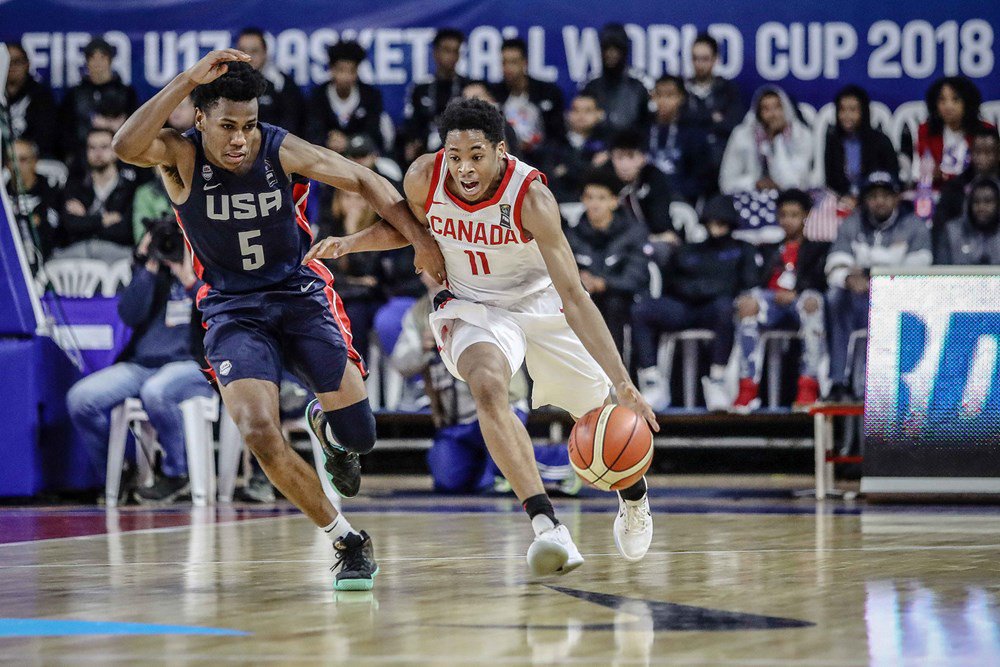 Canada falls to USA in FIBA U17 World Cup Semi-Finals

By Drew EbanksJuly 8, 2018No Comments

Addison Patterson led the way for the red and white, scoring a team-high 15 points to go along with six rebounds and three assists. The USA was led by Jalen Green, who put up a game-high 25 points.

Canada’s relentless defence led the way for the red and white in the opening frame as they found themselves with a convincing 28-21 lead heading into the second. However, Team USA came storming back in the second quarter, forcing a string of turnovers and earning themselves a 54-42 heading into halftime. A 29-13 run in the third quarter gave the USA an 83-55 lead heading into the fourth, where Canada eventually went on to take the 120-71 loss.

Canada will move on to compete in the bronze medal game tomorrow, as they get set to take on the Puerto Rico national team at 5:00 PM EST.