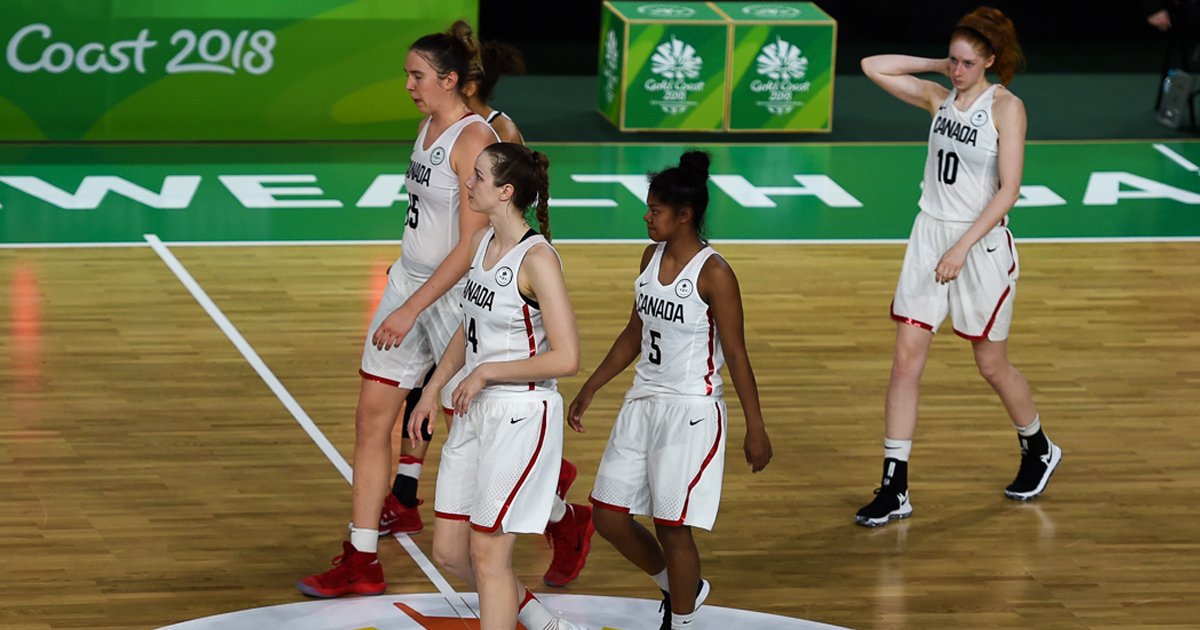 After being outscored by four points in each of the first and second quarters, Canada entered halftime trailing New Zealand 34-26.  Looking to hang tough with an experienced Tall Ferns side, Canada couldn’t weather a late 14-4 run from New Zealand as they led 57-39 heading into the final quarter.  Despite answering with an 8-0 run of their own to open the fourth, Canada’s comeback attempt ultimately fell short.

“We battled it out and left everything on the court.  It wasn’t the outcome we wanted but it was one for the books here at the Commonwealth Games for us to represent our country.  It has been an amazing experience to be a part of the games and represent Canada for the first year here.” – Ceejay Nofuente

“The Commonwealth Games was an extremely valuable experience to me. Although we came up short in the end, and that was disappointing and hard, I know that this experience will be a pivotal growth moment for me in my career. It was fun to play with such a blend of new, up-and-coming players along with some old friends. I think all of us will use this experience to take our game, and ultimately Canada, to the next level.” – Ruth Hamblin

“For us it’s such a great opportunity and experience.  We have a younger group and the chance to play against some professionals and senior level athletes gave us a real visual of where we want to be and I think we improved as this tournament went on.  Obviously disappointed with the final result but lots of positives to build on and grow.” – Steve Baur, Head Coach

This concludes the women’s Commonwealth Games tournament, while the men will now face hosts Australia on Sunday, April 15 at 11:30 (Saturday 9:30 PM ET) in the gold medal game. The game will be streamed on DAZN. Click here for the complete tournament schedule.