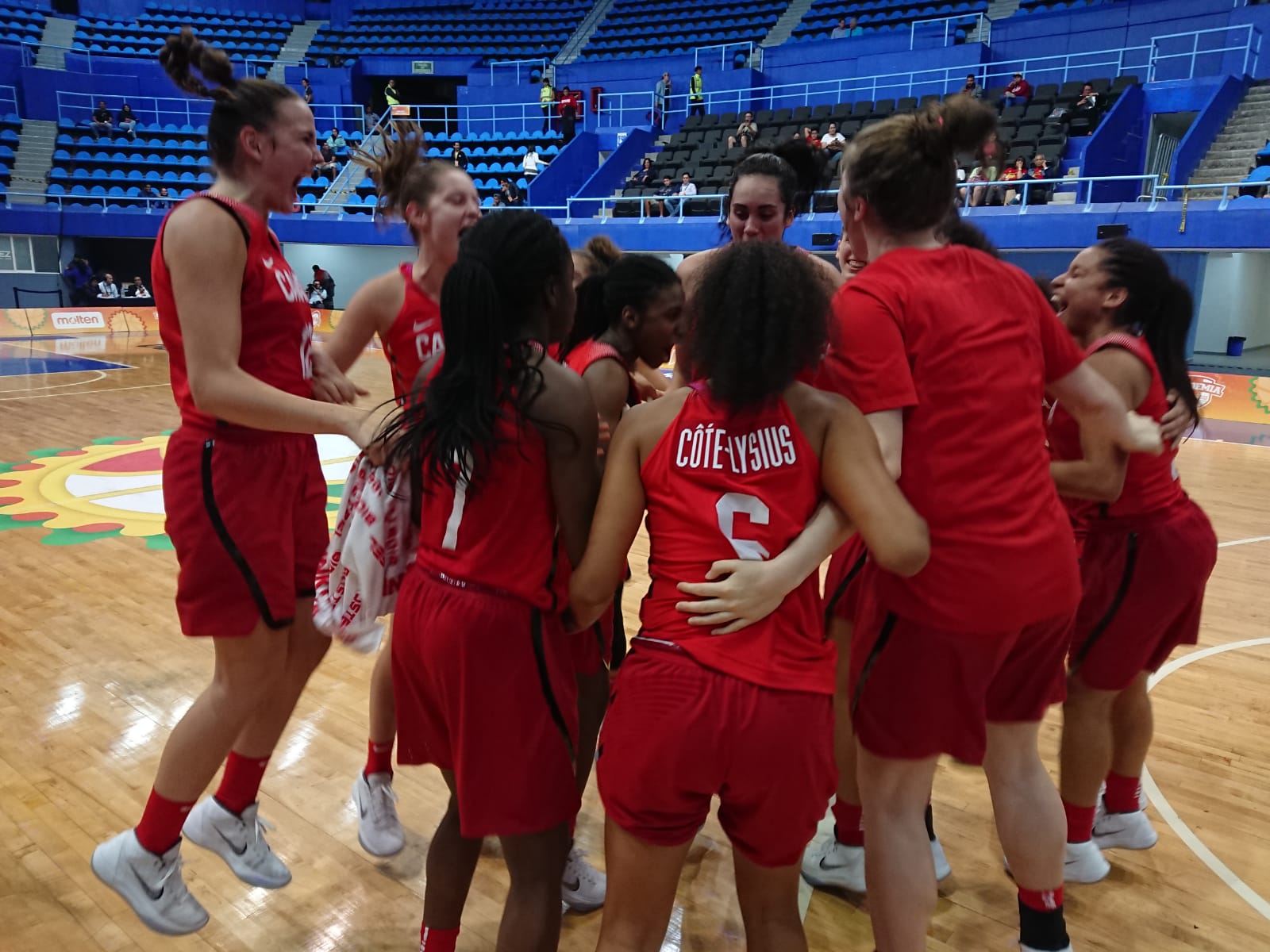 Christina Morra led the team in two categories during the big win against Argentina, putting up 15 points along with an impressive 14 rebounds to help her team secure second chance efforts.

Canada and Argentina came out evenly matched as both teams attempted to get the upper hand defensively to fuel their efficient offence.  At the end of the first quarter, Canada were able to edge themselves a 19-14 lead off of a buzzer beater three pointer from Carly Ahlstrom.

Canada continued to hold off Argentina from gaining the lead for the rest of the first half as they sank important baskets to give them a 36-31 lead going into the third quarter.

Throughout the 3rd quarter, Canada were able to hold off Argentina’s push and keep them from getting any closer than 1-point away from the lead.  Going into the final quarter, Canada held a slim 55-47 lead over Argentina.  Canada held on in the fourth to sustain their lead and take the victory 77-71.

“Another great team win for us.  We were able to overcome alot of different storms in that game and that speaks volume to how our team is connected and has played throughout the tournament and we’ll get ready for USA tomorrow” – Head Coach Claire Meadows

Canada has moved on to the gold medal game of the FIBA U18 Women’s Americas Championship 2018 where they will face off against USA on Tuesday August 7th at 9:30 PM ET.