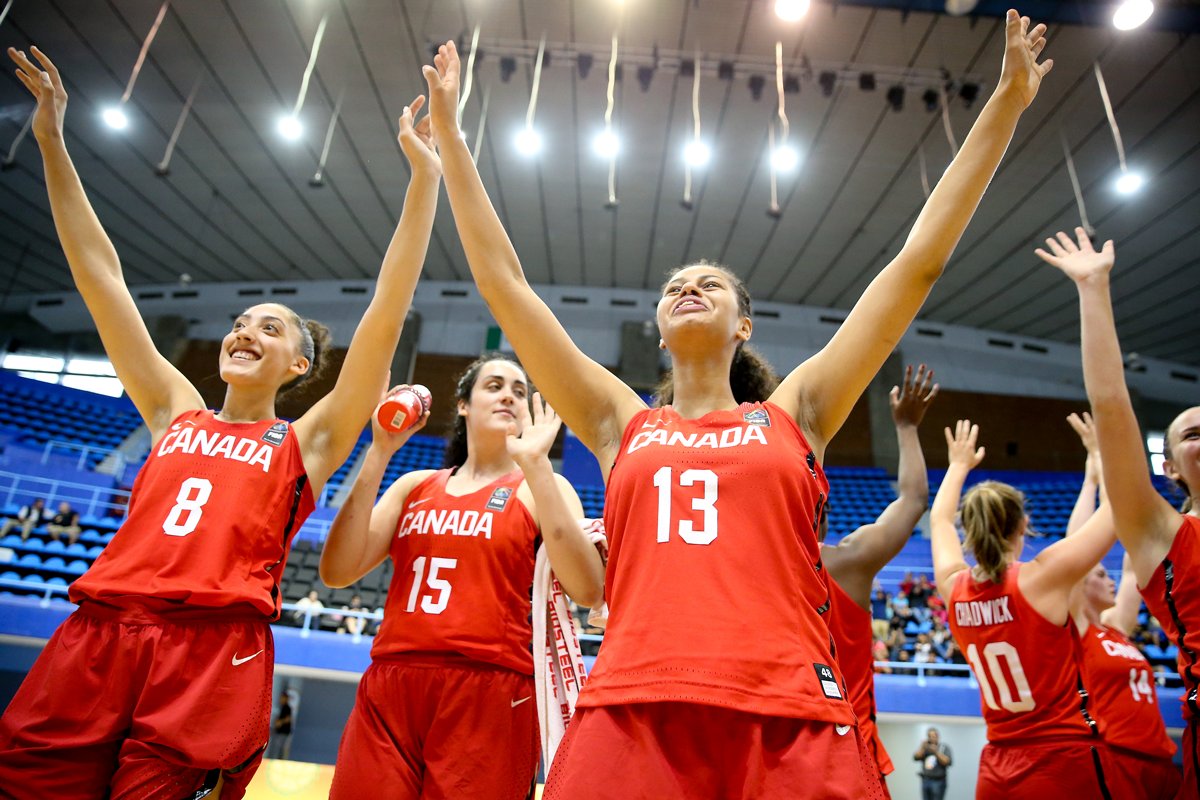 Two players recorded double-doubles for Canada in the win as Taya Hanson totalled 16 points and 11 rebounds and Christina Morra recorded 21 points and 10 rebounds.

Chile felt the pressure early from Canada as the red and white raced off to an early 12-2 lead.  With Chile forced to claw themselves back, Canada finished the first quarter with a 22-7 lead.

Canada looked to their depth in the second quarter as they subbed through different people and tested different combinations to further sustain their lead.  Going into half-time, Canada held a 39-29 lead over Chile.

By the end of the third quarter, Canada had out-rebounded Chile 58-37 including 23 offensive boards which helped them get their 16 second chance points.  Those second chance opportunities made it tough for Chile to shrink the lead Canada had gotten as it extended to 70-38 going into the final 10 minutes.  Canada continued to press in the fourth quarter and took the victory, 98-52.

“I am just so proud of my team’s efforts coming out.  Into the third quarter we came in with alot of pride and passion and it just turned things around for us” – Taya Hanson

“I’m really proud of our team and what we did today.  I thought especially in the second half it just showed what we can do when we play together as a team and we play with the pride and the passion that we have been talking about this whole trip so great team win for us and we’re on to the semi-finals tomorrow” – Head Coach Claire Meadows

With this win, Canada advances to the Semi-Finals of the FIBA U18 Women’s Americas Championship 2018 where they await either Mexico or Argentina.  Canada has also confirmed their ticket to the FIBA U19 Women’s Basketball World Cup 2019 with their Quarter-Final win.

UPDATE PER ON POINT BASKETBALL

Canada will take on Argentina in the semifinals at 9:30pm est. on Monday August 6th, 2018