(Toronto, Ont. – August 9, 2014) – The Cadet Men’s National Team was looking to bounce back from their opening game loss to France at the FIBA U17 World Championships. They did just that with a convincing 96-52 win over Japan on Saturday.

Canada’s attack was as well-balanced as it gets with four players in double figures. Jerome Desrosiers (Montreal, QC) scored 20 points (5-8 FG) and six rebounds in 17:01. Marquell Fraser (Hamilton, Ont.) chipped in with 17 points (7-9 FG), to go along with five rebounds in 21:09 off the bench. Kalif Young (Toronto, Ont.) had a solid game, adding eight points, eight rebounds, two blocks, and a steal in 18:57 of action off the bench.

The game started out slowly, as both teams struggled to find offensive traction. Nearly five minutes passed before we saw the first made field goal of the game. The first quarter continued along that route as each team appeared to be shaky offensively, with Japan taking the early 19-14 lead. Come the second quarter, it was like watching a different game. Canada began the second on a 12-0 run. Leading the charge was Montreal, QC. native, Jerome Desrosiers. Canada closed out the quarter strong and took a 13-point (46-33) lead into halftime. The third quarter was dominated by Canada. Displaying the full offensive arsenal while playing lock-down defence, we saw the Canadian lead pushed to 34 (74-40) as they outscored Japan 28-7 in the frame. In the fourth, Canada kept the pressure on. Beginning the quarter in a full-court press, they forced turnovers and capitalized with easy buckets in transition. In the end, the Canadian fortitude was too great and they played their way to a 44-point (96-52) victory.

“I am really happy with our team’s performance after getting off to a slow start.”

“Everyone contributed and showed character to battle in today’s game.”

Canada is now 1-1 in pool play in the 2014 FIBA U17 World Championship. Their next test comes on Monday August 11th where the red & white will take to the court to face Australia. Tip-off is set for 8:30 a.m. EST. Don’t miss a minute of the action. Watch the free FIBA Live Stream:http://www.youtube.com/watch?v=Hc-4DB8Ko-0&list=PLCXERy73Oiz8SqgtUNNxImORlMUra5Rb4 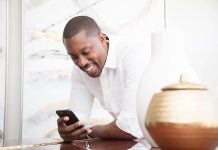 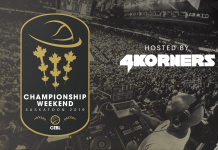