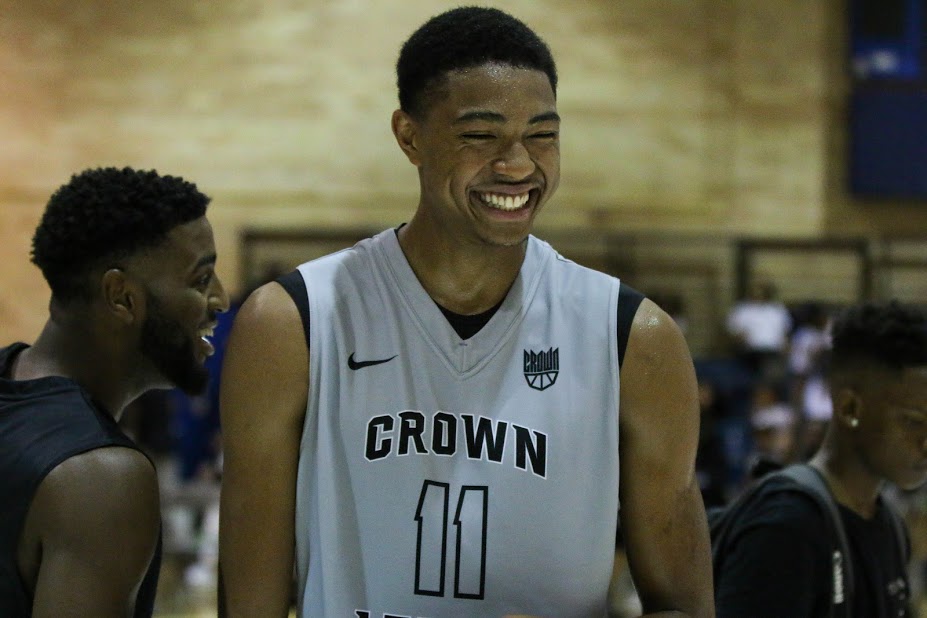 It may only have been the first week at Nike’s Crown League, but Team Ace has established itself as a force after beating Team 9Now, 79-65.

Bruno Caboclo of the Toronto Raptors made an appearance on Team Ace, showing off a versatile game as he scored 13 points on 6-10 shooting, and a game-high 11 rebounds; the most of any player that day at Ryerson’s Kerr Hall in Toronto.

In a six-week tournament between six teams, Team Ace has the talent to win this year; with five of their players scoring in double digits. The biggest standout was Murphy Burnatowski, who drilled five 3-pointers in the second half, helping his team finish the game up by double digits after only leading by a point at halftime.

“We just have good pieces right now,” said Burnatowski. “If we keep on playing the way we do, and not turn the ball over, the sky is the limit.”

Team Ace was one of two teams to shoot over 40 per cent from the field in Week 1. The other squad was Team M.A.D.E., who beat Team Northern Kings 76-65, behind Jevohn Shepherd’s 27 points on 8-15 shooting.

Both teams will be going against each other in the first game, starting at 6:30 pm, at Week 2 of Crown League.

Team Northern Kings will be playing against the defending champions Team 1 Love T.O. at 8:00 pm, as both teams try to get their first win of the season. The third game of the night (9:30 pm) will be between Team 9Now and Team CIA Bounce who came away with a win of their own behind Tre Boutilier’s 20 points in Week 1. Even more impressive for Boutilier was that he was a draftee of the league’s combine that took place before the start of the Crown League season.

Warren Ward of A.C.E. to the rack