The second game of the evening featured Team Guerilla against Toronto 3D, who were looking for their first win.

The two teams exchanged baskets early on, with neither gaining a clear advantage. With 5 minutes remaining in the first half, the game was tied at 26. 2015 NBLC Finals MVP and former Power player, Kirk Williamas Jr. had a strong first half with 11 points and 4 rebounds.Toronto 3D managed to pull slightly ahead with a 41-34 lead heading into halftime.

Heading into the second half, Devoe Joseph began to heat up, knocking down consecutive threes to extend the 3D lead. The game remaining competitive as Team Guerilla battled back to tie the game at 53 with ten minutes remaining in the game. Strong play in the paint from Tramar Sutherland helped Toronto 3D pull away with a 76-67 win. Sutherland was named the “OnPoint Performer of the Game” with 19 points, 4 assists, 4 steals and 6 rebounds.

Top Plays of the Day

Denny MacDonald with the putback off of the Devoe Joseph miss

Tyrone Watson throws down the clutch dunk to seal the win!

The Mississauga Power are part of the National Basketball League of Canada.
The National Basketball League of Canada founded in 2011, is a Canada’s only
professional basketball league. There are currently 8 teams, with 2 divisions:
Central and Atlantic. The NBLC is committed to being one of the leading professional
basketball leagues in the world. The NBLC provides Canadians, international
athletes, coaches and officials the opportunity to participate in the game they love at
the professional level. The NBLC is dedicated to raising awareness of the sport of
basketball throughout Canada, by providing fans with an exciting and entertaining
experience.

For more information on the league, please visit www.nblcanada.ca 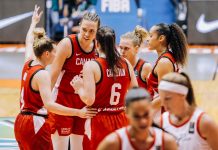 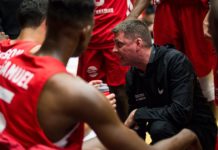 DEFENSE PROPELS CANADA TO VICTORY AGAINST FRANCE AT FIBA WORLDS FOR... 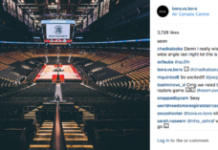