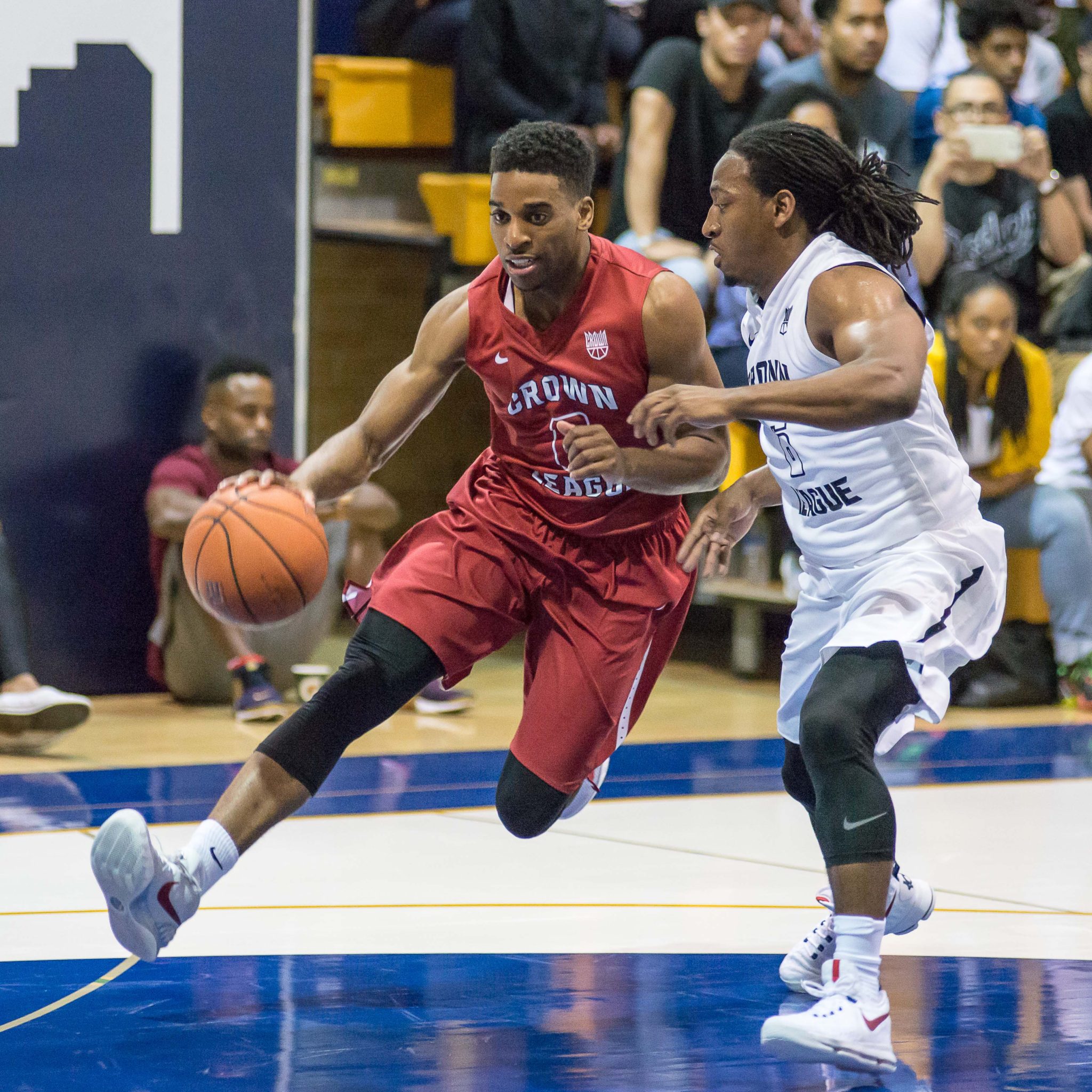 If you’ve stayed abreast of the Canadian basketball movement for the past decade or so then you should know that Brampton, Ontario has been a flashpoint for producing high-caliber talent. As AAU programs began to flourish across the city and high schools began subsidizing their local basketball programs, there was a definite correlation between the volume of talented hoop stars emerging on the scene and the number of organizations contributing to the city’s basketball prominence. Before basketball, you could say that the Brampton, with a population currently estimated at over 600,000, lacked much of a sports identity.

Jabs Newby –who’s embarking on his third year in the NBL Canada and his third stint with Saint John Riptide (formerly the Mill Rats)– is one of those ‘products’ derived from the basketball outbreak that took the GTA, and more specifically, Brampton, by storm more than a decade ago. His journey is one that mirrors many who one-day desire to play in the NBA, alongside four hundred of the finest players in the world.

“Basketball became more than just a hobby when I started playing at 11 years old,” said Newby. “I played for the Brampton Blue Devils. That was my first year on an organized team, and we were really good. Tony McIntyre was one of my first coaches and he kept coaching my team as the years went by,” alluding to the father of Houston Rockets’ point guard and fellow Brampton native Tyler Ennis.

“When I got to high school, I went to St. Marguerite d’Youville Secondary School and played AAU for CIA Bounce. Later on, I got the opportunity to transfer and play basketball in the states. I went to Mountain State Academy. A private prep school in Beckley, West Virginia,” said Newby.

To say the journey has been a smooth one for Newby would be a disservice to the millions of hopeful kids dreaming of playing professional basketball one day. It’s not an easy road, and the 6’2” guard has withstood many hardships along the way. Perhaps one of his biggest achievements, playing Division I basketball for Eastern Kentucky, slowly gyrated into his trickiest challenge in his early collegiate career – his abilities weren’t being amply utilized at Eastern Kentucky.

“I enjoyed my time at Eastern Kentucky. Playing NCAA Division I basketball was one of my biggest accomplishments,” said the Brampton native when asked to summarize his collegiate career.

“After my sophomore year I decided to transfer because of the style of play. An up-tempo system suited my game in a way that I could use my athleticism and speed. I decided to go to Gannon University. Even though it was Division II, our team was really good,” Newby said.

Gannon was beyond a pretty good basketball team. The season prior to Newby’s arrival at the university, the Golden Knights carried a sub .500 record in the PSAC West Conference. All of that changed when the Brampton native touched down in Erie, Pennsylvania.

Though the transfer from schools meant dropping down a divisional tier, Newby found new life under coach John Reilly. Many have borne the ups and downs and the highs and lows of basketball – it’s what makes the game so difficult to gauge and envisage – and like many athletes who play sports at a high-level, injuries tend to reveal a sense of despondency amongst players, even the sturdiest of minds need a support system.

“My biggest obstacle in college happened in my senior year [at Gannon]. Six games into the season I sprained my ankle,” lamented the 6’2” guard. “I was on crutches and a boot for a few weeks. It was a rough time because I wanted to play. Especially because I stayed at school the entire summer and put in a lot work in the weight room and gym. “

“When I came back from my injury, I lost my starting spot in the lineup and my coach didn’t play me at all throughout the season. I started to lose confidence and get down on myself. My family and close friends on the team believed in me more than myself and that’s what kept me going, and not to give up,” Newby said.

“I put in extra hours in the gym after practice just so I can stay ready whenever my number is called to help my team. When we made it to the NCAA tournament, one of our starters got sick the day before the game. My coach told me that he was going to put me in the starting lineup again. I got the opportunity to play again and help my team win the first round of the NCAA tournament,” Newby added.

Newby refused to let an injury – no matter how severe – enduringly rankle his disposition and drive to grow as a player. He used the time on the bench – away from the court- as an opportunity to see the game through a different perspective.

Through the help of his supporting cast – the aid of family, friends, teammates and coaches – Newby graduated university with a newfound confidence. An air of self-assurance lingered and trickled its way to the NBL Canada scene where a series of general managers and scouts took notice of his inborn abilities.

It doesn’t take reading between the lines to know that Newby was fixed on playing basketball at the professional level. He decided to participate in the NBL Canada combine and was subsequently drafted second overall to the then Saint John Mill Rats in 2014. After playing a few months for the Mill Rats, he was traded to the Mississauga Power for the completion of his rookie year, ultimately being awarded to the All-Rookie team – he then later signed back with Saint John at the commencement of the 2015-2016 season.

His play in the NBL Canada afforded him the unique opportunity to try out for the NBA D-League’s Raptors 905, an affiliate to parent club the Toronto Raptors. Unfortunately his old demons came home to roost: health issues – except this was different.

“On the first day of training camp, we had to do physical testing. For one of the tests, we had to do an EKG scan. An EKG scan is a test that checks for problems with the electrical activity of your heart,” said Newby.

“My results came back abnormal twice so I couldn’t participate in training camp until I did an MRI. Unfortunately, my MRI appointment wasn’t until two weeks after training camp, so I got waived from the team. When I got my MRI results, I found out that my heart was fine the whole time and I was cleared to play again. After the 905 waived me due to the heart thing, they assigned me as a practice player after I got my results back. I played there for a couple of weeks before signing back to play for Saint John in the NBL,” mentioned Newby. “This is going to be my third year playing for Saint John.”

For his third year in the NBL Canada, the former Golden Knight is looking forward to an increased role with the Riptide, ultimately hoping to help bring a championship to Saint John – a feat that has not yet been achieved by the franchise.

Though his focus is strictly directed toward the season ahead, not many are aware of Newby’s truest desires: to one day share the court with the most elite and talented players spanning the globe – the NBA.

He has avidly expressed his desire to play in the NBA on multiple occasions, and his unwavering penchant for improving day-by-day only heightens those desires.

“In 5 years, I see myself playing in the NBA. I believe it can happen. I just have to constantly stay in the gym and be a student of the game. My time is going to come. My work ethic is going to get me there,” stated Newby.

This is just another snag –if you will- on the road for the 25 year old as he embarks on his third season in the NBL Canada. He’s bore the plight of injury, the impediments of life and, in the most diligent of manners, the adversities that come with being a basketball player. Through no one else’s aid, Jabs Newby continues to be a barometer and beacon of hope for not just himself, but also the throng of aspirants who one day dream to be in his position.