JUNIOR WOMEN TO PLAY FOR GOLD THANKS TO SEMI-FINAL VICTORY OVER BRAZIL AT FIBA AMERICAS U18 CHAMPIONSHIP
(Toronto, Ont. – August 9, 2014) – The JWNT took on Brazil this evening in semi-final action at the FIBA Americas U18 Championship for Women in Colorado Springs, USA. The prize at hand: a trip to the gold medal game to face the winner of USA vs. Argentina. The JWNT played hard and efficiently in a true seesaw battle, and in the end were able to edge out a talented Brazilian squad, 67-60.

When asked about the keys to their success, Daneesha Provo remarked:

“I thought that the team fought really hard towards the end. We didn’t let Brazil come back and take over. We showed a lot of heart at the end and played as a team.”

Speaking on the dramatic final minutes of the 4th Quarter, Provo added:

“At the end I felt like it was who actually wanted it more. We played with heart and we had our team and motivation screaming from the bench. I thought we showed more heart.”

In the first quarter the Canadians put on a clinic; sharing the ball, crashing the glass and taking quality shots. These were major factors in their early 23-13 lead. The second quarter was much of the same. The Brazilians were able to close the gap slightly but the Canadians still managed to close out the half on top, 35-29. In the third, Brazil dictated the tempo and outscored the red and white 19-13 in the frame, leading to a tie ball game (48-48) after three quarters of play. The fourth quarter was a close back and forth battle. Canada held a two-point lead with 1:30 remaining in the fourth, but thanks to some hard-nosed defense, timely rebounds, and clutch free-throws the Canadians were able to come away with the 67-60 win.

“A great effort by our girls. We were tired, we were in foul trouble. Brazil took the lead on us in the 4th quarter but we were resilient.”

“One of our covenants for this year was tenacity, fearlessness, and pride. And they showed all of that to get in the gold medal game. The coaching staff couldn’t be prouder of this group. They have worked incredibly hard and are deserving of this.”

“I feel like it is going to be a challenge because most of us are tired but I’m excited because we’ll be playing against the best team in the world and we have an opportunity to go for gold.”

Canada now moves onto the gold medal game where they will face the winner of USA vs. Argentina. Medal round competition in Colorado Springs, USA continues August 10, 2014. The gold medal game scheduled for 7:30pm E.S.T. Cheer on our JWNT as they go for gold. Don’t miss a minute of the action by watching the free FIBA Live Stream: http://fibaamericas.com/en/default.asp

About Canada Basketball:
Canada Basketball is a private, not-for-profit corporation committed to excellence in leading the growth of the game domestically and in pursuing medal performances on the international stage. 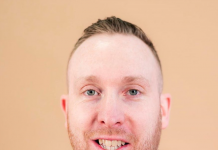