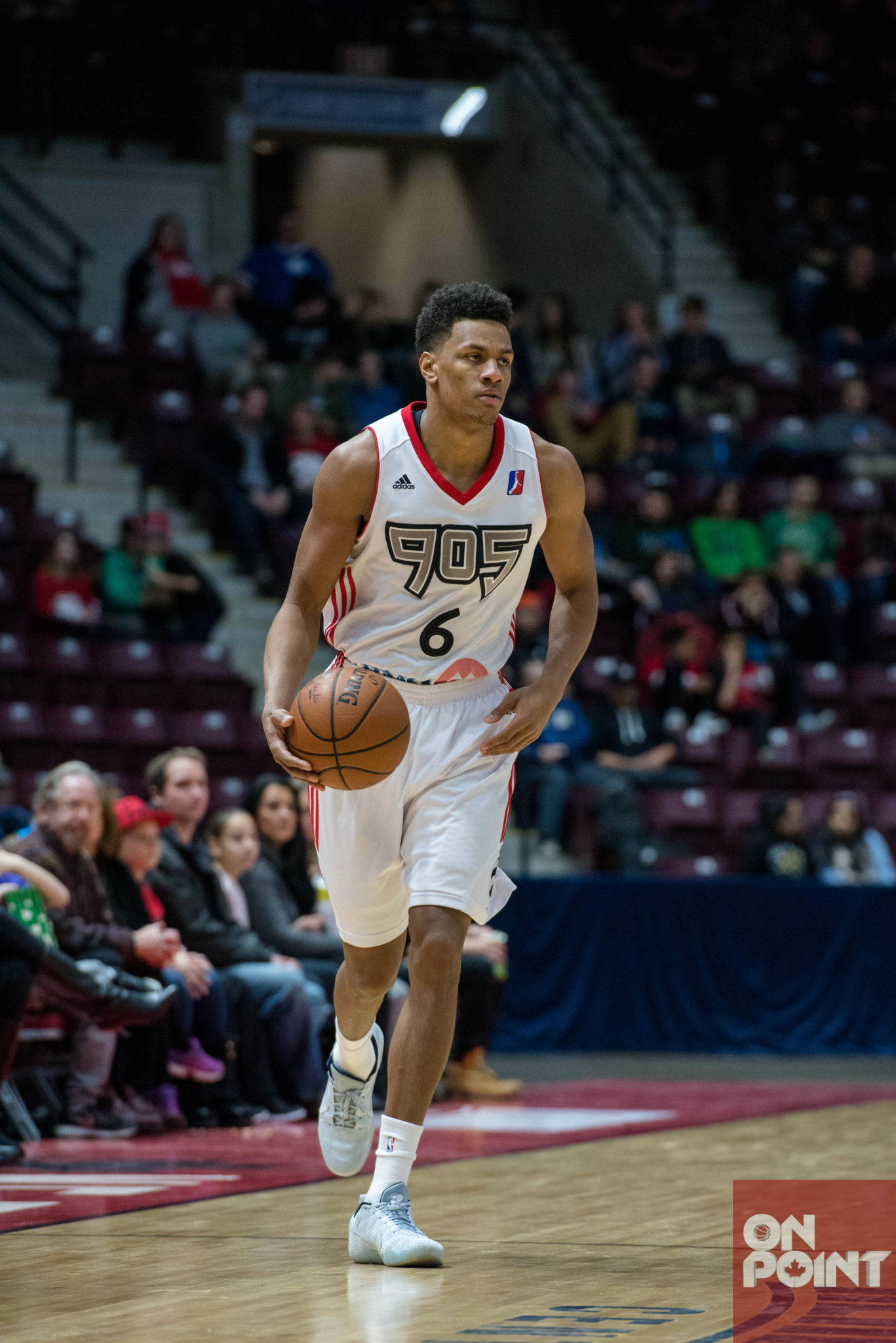 By Jaspreet GrewalDecember 23, 2016No Comments

Following a dreadful 27 point loss Tuesday afternoon courtesy of the Grand Rapids Drive, the 905’s unlucky streak continued Thursday night as they were unable to get past the Westchester Knicks, falling 108-106 on a buzzer beater tip in by Keith Wright, extending the Raptors 905 losing streak to two games.

Perimeter defence seemed to be a central focus for coach Jerry Stackhouse heading into Thursday night’s action, only two days after Grand Rapids uncorked 48 long balls while connecting on half of them (24/48), but it was under the basket where trouble seemed to find the 905 against Westchester.

“[There] was so much that we didn’t do right, but you have gotta’ give the Knicks credit,” said coach Jerry Stackhouse following the loss where the Raptors 905 conceded on a buzzer beater tip in by Keith Wright. “They came out and made shots, I thought we played some really good defence on some possessions, they just jumped up and made some shots.”

“We played some decent defence there at the end, ball came out,” said Stackhouse. “It’s the little things, [you’ve] got to box out and make sure we keep them off the boards in those situations. It’s a tough break but a good learning experience, the good thing about it is we get a chance to get right back at them tomorrow.”

The Raptors 905 struggled to get anything going in the first quarter of regulation where they managed just four field goals in 19 attempts. Some of the difficulty mounted from rushed shots on offence against a gritty Westchester club, but much of the struggle could be attributed to giving up 18 points in the paint in the first quarter (54 for the game), which ultimately led to their demise.

One of the bright spots for the Raptors 905, particularly in the second half, was rookie point guard Fred VanVleet who finished the night with 16 points and 10 assists. Coach Stackhouse maintained that this is precisely why the NBA D-League exists, to prepare players for the next level.

“That’s what the league is for,” said Stackhouse when asked what he thought about VanVleet not letting up despite not having the best first half. “That’s what this whole development league is for, our guys to get better – for Fred and Bruno to get that type of experience. They’ve gotten’ better from this experience.”

Though VanVleet had an overall good game, he’ll be the first to tell you that he could have contributed more in some way. He understood that despite not winning, he was proud of his club for being persistent and never letting down when things went awry.

“I thought we battled,” said VanVleet. “We fought hard, man. Poor first quarter to start the game, but we were able to fight back and play well after that. It came down to the last two possessions and those are situations where you’ve got to execute and I think that we could’ve done a better job executing there down the stretch,” VanVleet said. “We came up short on a couple of possessions and they were able to capitalize but it’s a part of it. We get an unlucky bounce sometimes, we’ve gotta’ be able to bounce back.”

Frenchman Axel Toupane led the Raptors 905 in the scoring column with 17 points and seven rebounds, while CJ Leslie chipped in with 14 points of his own.

For the Westchester Knicks, former 2012 NBA second round pick Doron Lamb led the charge with 25 points on 9/13 shooting in 28 minutes of action. Keith Wright ended the night with 16 points and nine rebounds.

Notable Canadians: Brady Heslip pitched in 12pts, 2rebs, 2assts on 4-10 shooting for the game. All his makes were three pointers in 22 minutes.

The Raptors 905 will square off Friday for a rematch against the same Westchester Knicks, this time in New York, to finish off a tough back-to-back before Christmas Day.