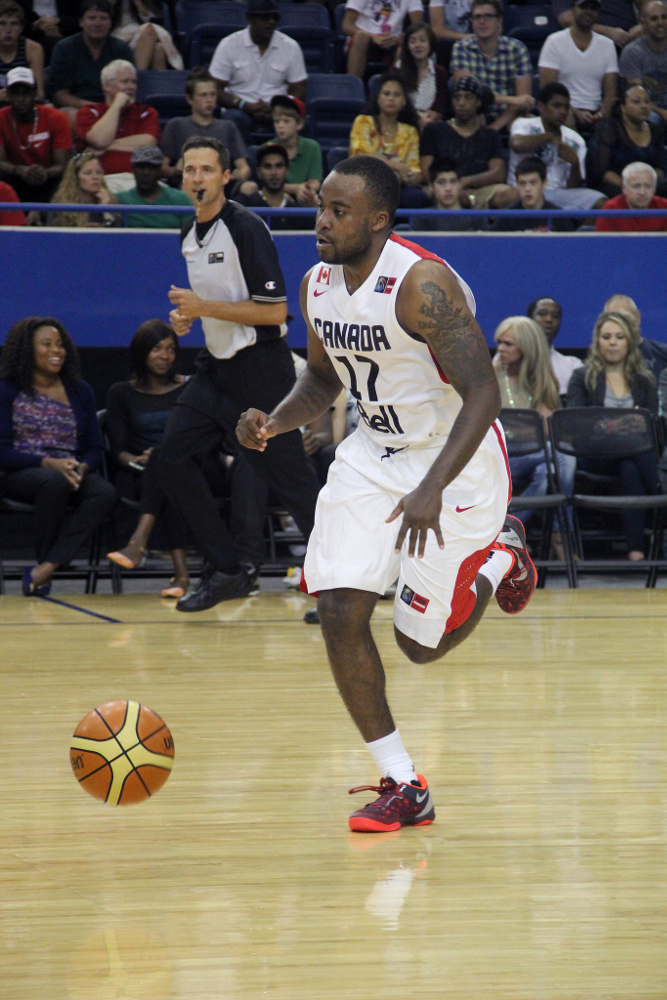 By Drew EbanksNovember 29, 2016No Comments

The 6’1 Toronto native played collegiately at Marquette University. In his junior year , he led his team to a Big East Conference championship and advanced to the Sweet Sixteen of the 2012 NCAA Tournament. In his senior year, he would lead his team all the way to the Elite 8 of the 2013 NCAA tournament and a consecutive Big East Conference championship.

Since then, Cadougan has played in leagues around Europe, the NBA Summer League for the Milwaukee Bucks, and for the Canadian senior national team in 2013. Cadougan also won a silver medal in the Pan-Am Games the summer of 2015.

“I’ve known Junior since he was 14 years old. He’s played at the highest levels his whole life. He was the senior men’s national team starting point guard. He’s everything we’re looking for. He’s gritty, he’s tough and he’s the type of point guard you want your kids to watch, he plays the right way. We are ecstatic to have him join our Lightning family,” said head coach Kyle Julius.

“I’ve known coach from a very young age. He knows all of my mutual coaches, including Leo Rautins. Coach Kyle has a reputation for developing players and that’s what I need right now: someone to push me, get me better and provide me with new opportunities,” said Cadougan. “I’ve only been in London a few days, but it’s obvious this organization cares about its players. Vito has a big heart, the fans I’ve met have already made me feel welcome and I’m excited for the opportunity to work hard for London.”