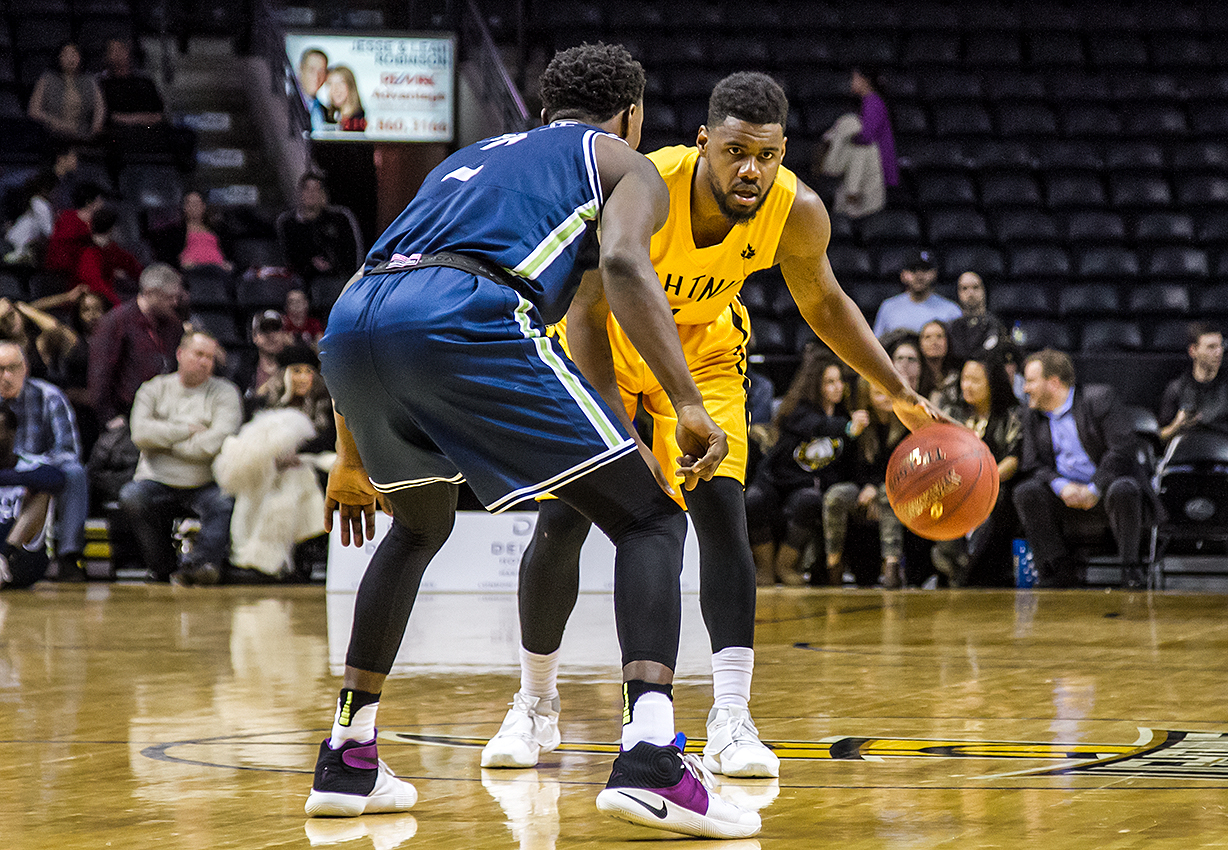 (LONDON, Ontario) – The London Lightning managed to notch a win in their first game action after nearly a week, beating the Kitchener-Waterloo Titans by a score of 117 – 92. The win gives the Lightning a 5 – 3 record. The win ends a sequence of games in which the Lightning faced off against the Titans in three straight games, with the teams splitting the previous games.

Fredrick Edmond ended the game with 12 points and 14 rebounds, both of which were career highs. “We’re kind of getting our legs back. Playing six games out of eight days, it was tough for us a lot of guys hurt and sick. We’ve got to keep winning, get a little win streak,” said Edmond.

The game marked the first game for the Lightning in a week, and Coach Kyle Julius believed that helped the team. “We got some practice this week even though we had a bunch of guys sick. We still got to watch film, we still got to take the time to analyze what was going versus looking ahead to the next game,” said Julius. “But now we’re back into that mode again because we’ve got another game tomorrow. It’s a whole new beast, it’s a whole new style of play.”

The Lightning face off against Windsor tomorrow at 2pm at Budweiser Gardens. London won their last match-up 129 – 105. Tickets are still available at budweisergardens.com. To follow along from home, follow the team on Twitter or subscribe and watch the live stream on YouTube.