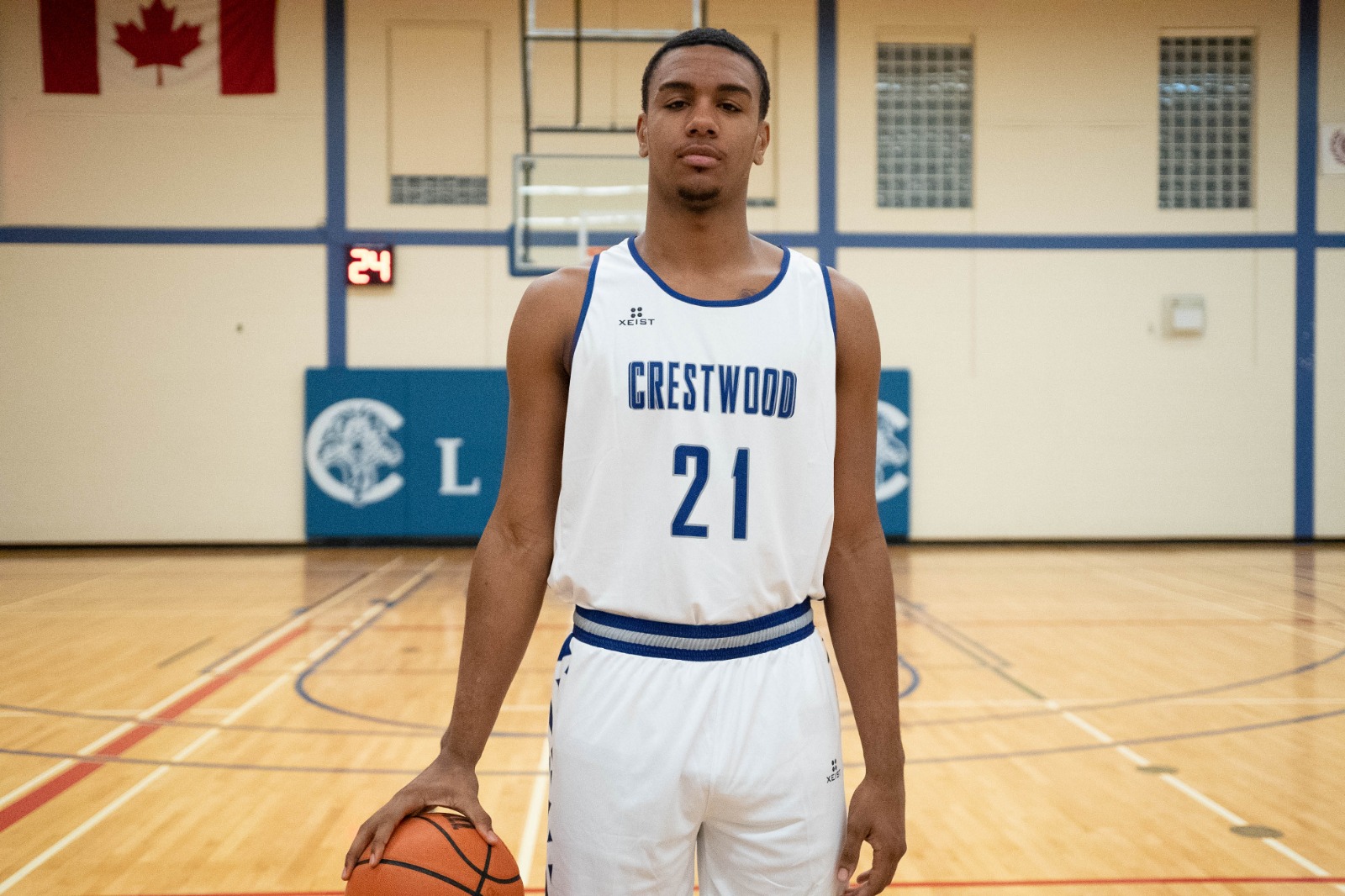 (TORONTO, ON) – Canadian high school basketball has traditionally looked a lot like the Canadian wood industry: grow, process, then export to the United States for refining.

Canadian stars like Andrew Wiggins and R.J. Barrett both grew up playing basketball in the Greater Toronto Area, but opted to spend the later part of their high school careers playing at American prep schools. They left in search of better competition and more exposure, following in a pattern that’s become common for Canada’s elite basketball talent. However, it’s a trend that Crestwood Preparatory College basketball coach Ro Russell is trying to stop and even reverse.

Crestwood’s Luis Pacheco Jr. grew up in Queens, New York. He was a “late starter,” according to his father Luis Pacheco Sr. who says his son didn’t fall in love with basketball until his freshman year at Springfield Gardens High School.

His six-foot-nine frame allowed him to have his way on the basketball court. He could out muscle and out jump his competition, and he didn’t need much skill to get the ball in the hoop.

“I just knew how to put the ball in the basket,” Pacheco Jr. said. “But I didn’t know how to do it correctly. I would just do random things and the ball would go in.”

“We needed another power forward or center I was scrambling looking everywhere for a player,” Russell said. “I was looking at different kids and I saw this kid with motor, athleticism, size, he could shoot, and I inquired about who he was.”

Russell’s pitch is similar for most parents. His school plays both Canadian and American competition, he demands high academic standards from his players and he sells parents on the multiculturalism and safety of Toronto.

For the Pachecos, the pitch was exactly what they needed to hear. Pacheco Sr. had been growing increasingly concerned about his son’s safety.

“Being from New York, Luis had high school basketball, but after that there was nothing,” Pacheco Sr. said. “He was hanging out with his friends in the streets and you know how that goes when a young kid is hanging out in the streets, trouble always finds them.”

Pacheco Sr. remembers arriving in Toronto for the first time and realizing how much it resembled a typical American city. He saw the multiculturalism of the city and how “everyone gets along,” and he and his wife decided it was the right place to send their son.

Over the past two years, Pacheco Jr. has developed as both a basketball player and a man. He’s a starting big-man for Crestwood and one of the team’s captains. His refined talents have caught the attention of NCAA scouts, and Pacheco Jr. now has multiple Division I basketball offers including Valparaiso and James Madison.

Looking back on the decision, Pacheco Sr. calls it “the best decision we ever made for him.”

Even when his loyalty to Crestwood was tested earlier this year when two American prep schools tried recruiting Pacheco Jr. away from Toronto, Pacheco Sr. wouldn’t budge. It was “no decision” Pacheco Sr. said.

“It’s going to come to a point where I’ll have five or six Americans,” Russell said.

If anyone asks Pacheco Sr., he’d advise them to consider Crestwood and playing basketball in Toronto.

“I would definitely encourage kids to go there,” Pacheco Sr. said. “Crestwood opened up a big door for [Luis].”