Week 2 of Nike’s Crown League was everything but predictable, with only Team M.A.D.E. remaining undefeated with a 2-0 record.

Even without Jevohn Shepherd, who scored 27 points in Week 1, Team M.A.D.E. was able to impose their physicality to come away with a 70-68 win over Team ACE. The matchup would only be close in the final minutes, and seemed out of reach for the majority of the game. Even though Team Ace had a big victory over Team 9Now in Week 1, this loss knocks them back to the middle of the pack with a 1-1 record.

“We didn’t execute well on offence,” said Myck Kabongo, who had 10 points and 10 rebounds for Team ACE. “Defensively we gave up too many offensive rebounds, and then turnovers, letting them take control of the game.”

In Game 2, Team 1 Love T.O. had a bounce back performance after a loss in week 1, behind Dejan Kravic’s 16 points and 12 rebounds; earning him Player of the Week honours. They won 81-76, over a team led by former Toronto Raptors small forward, James Johnson and Negus Webster-Chan; who combined for 37 points with nine 3-pointers.

“We didn’t want them to get open 3s,” said Kravic. “Our communication could have been better; we’ll need to clean that up for next week.”

Despite Team CIA Bounce coming away with a solid victory in Week 1 over the defending champions, Team 1 Love T.O., they weren’t able to repeat against Team 9Now; losing 70-59. Team 9Now was dominant with their 3-point shooting, converting on 50 per cent of their attempts (11-22). By playing a perimeter game, they didn’t have to deal with Sim Bhullar, of the Raptors 905, who protected the paint for Team CIA Bounce.

Team 9Now will try to continue their success when they go against a winless, Team Northern Kings squad in the first game of Week 3 at 6:30 p.m. EST, at Ryerson’s Kerr Hall in Toronto. It’s unknown if Johnson will be making another appearance in Week 3 for Team Northern Kings, after he signed with the Miami Heat on Sunday. But after losing in Week 2, he did say he’s “definitely coming back here Friday, and you can believe that.”

Team M.A.D.E. will have the chance to continue the longest winning streak of the tournament, when they play against Team CIA Bounce. While the final game will be between Team 1 Love T.O. and Team ACE, with only one of them improving to a winning record by the end of the night. 1 Love TO on the fast break 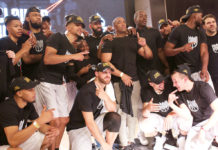 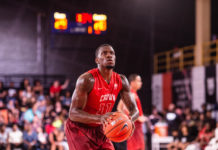 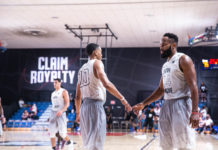 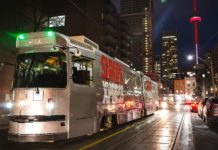 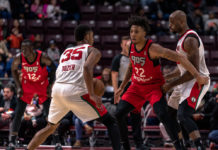 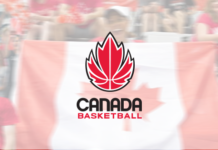