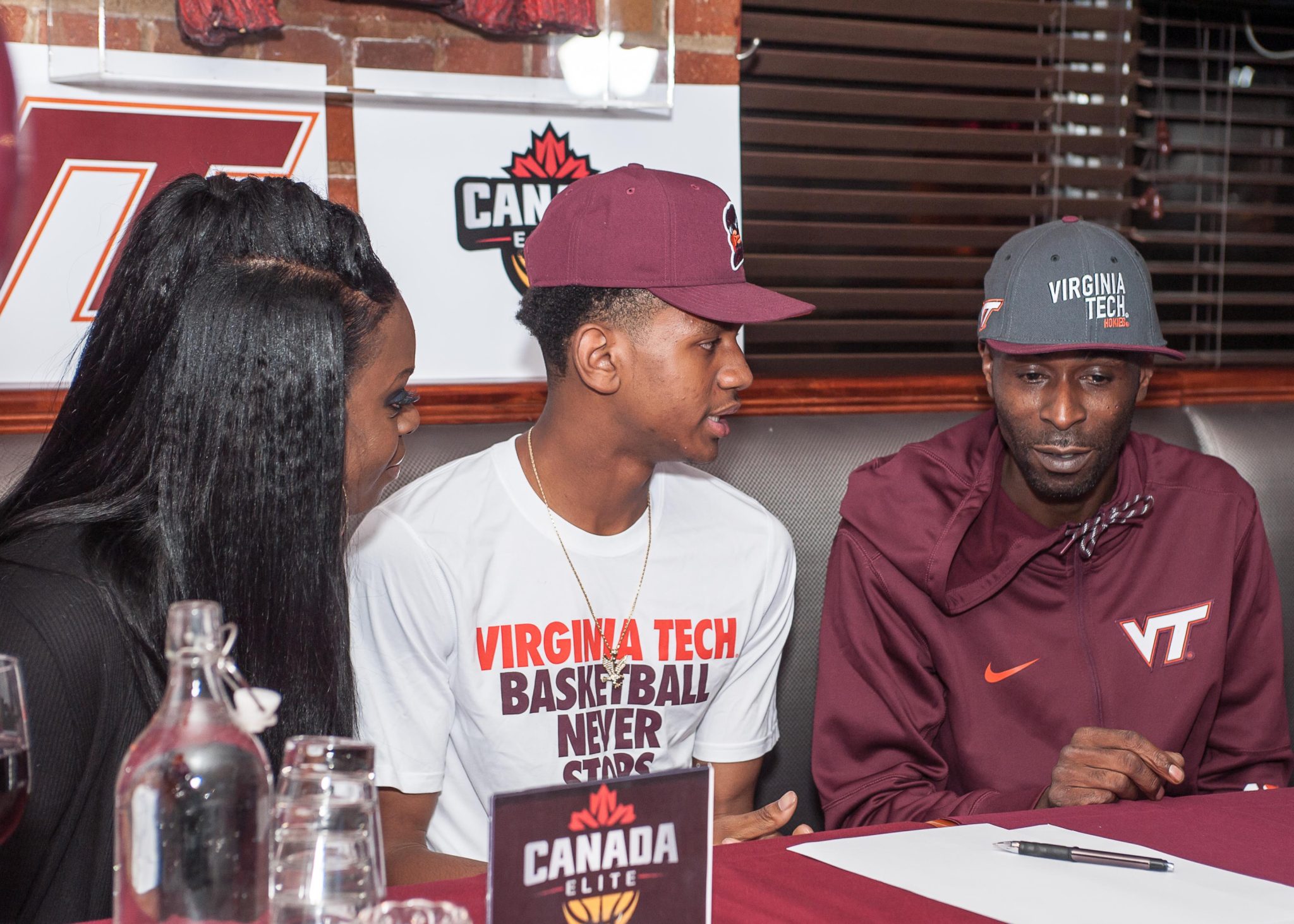 By Drew EbanksDecember 28, 2016No Comments

Family, friends and coaches from the Canada Elite program were on hand to celebrate the 2017 guard’s event to announce to the world his intentions to continue his amazing basketball journey at the school in Blacksburg, Virginia. Virginia Tech is a member of the vaunted Atlantic Coast Conference (ACC).

Alexander-Walker currently attends Hamilton Heights Christian Academy in St. Louis, Missouri and has enjoyed a steady rise to become on of the top players in his class. The  4-star guard is currently ranked 28th in the ESPN 100, #8 in his position, #1 in his region and #1 in the state of Missouri.