For the first time in Canadian basketball history, the national team could have fielded an exclusively NBA roster in a major international tournament heading into the FIBA Americas.

And for the men’s side, which has failed to make an Olympic appearance for the past 15 years, and constantly plays second fiddle to hockey, the feat would have truly exemplified just how far the game has progressed and popularized north of the border.

Instead the higher ups decided to veer away, opting for a few lesser-known names to punch Canada’s ticket to Rio.

The results couldn’t have played out any better so far.

Just two nights ago, former Carleton Raven, Phil Scrubb, paced the Canadians in what would be their decisive game-winning run in the third quarter against the Puerto Ricans, filling in for the foul-plagued Cory Joseph and igniting a Canadian spark.

Tonight, it was Brady Heslip who poured in 23 points as Canada pummeled Panama 103-66 to begin the second round of the FIBA America championships.

Heslip, who will be playing professionally in Italy this season, pumped in five threes in Canada’s second quarter surge that ultimately provided them with all the separation needed, and a 42-23 half time lead.

Although the bench duo do not hold the official titles of playing in the world’s best league, one would be hard pressed to say they don’t – at the very least – deserve a shot following their performances in Mexico City.

Scrubb, who finished with 10 points and three rebounds against Panama, was selected en lieu of recently drafted Utah Jazz player Olivier Hanlan to back up Joseph.

The Richmond, B.C. product has thrived alongside Canada’s best, running the team with the same calmness and precision that made him a five-time national champion at Carleton.

While Heslip has done exactly what was needed from him – shoot, space the floor, and score.

The Burlington native, who reportedly left the Minnesota Timberwolves summer league squad after receiving minimal minutes, has shot the ball at a blistering rate, connecting on 17-of-31 triples so far.

Even the final member of the non-NBA bunch, Aaron Doornekamp, has had his moments.

Although not as statistically imposing as the other two, Doornekamp has provided toughness and a helping hand on the glass when called upon.

The player he is backing up, Andrew Wiggins, continued his stellar play Sunday night with 17 points and three rebounds while the man in front of Heslip, Nik Stauskas, had 16 points, six rebounds and five assists.

Joseph contributed 15 points and four rebounds to add to Scrubb’s totals at the point guard spot.

So in a tournament where Canada will have to play on four consecutive nights, including tonight to get into the semi- finals, all hands must be on deck to produce.

And for those still deemed ‘not ready’ for the league, that challenge indeed doesn’t seem as daunting as others may have expected. 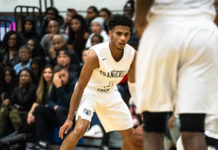 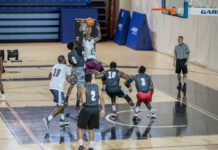