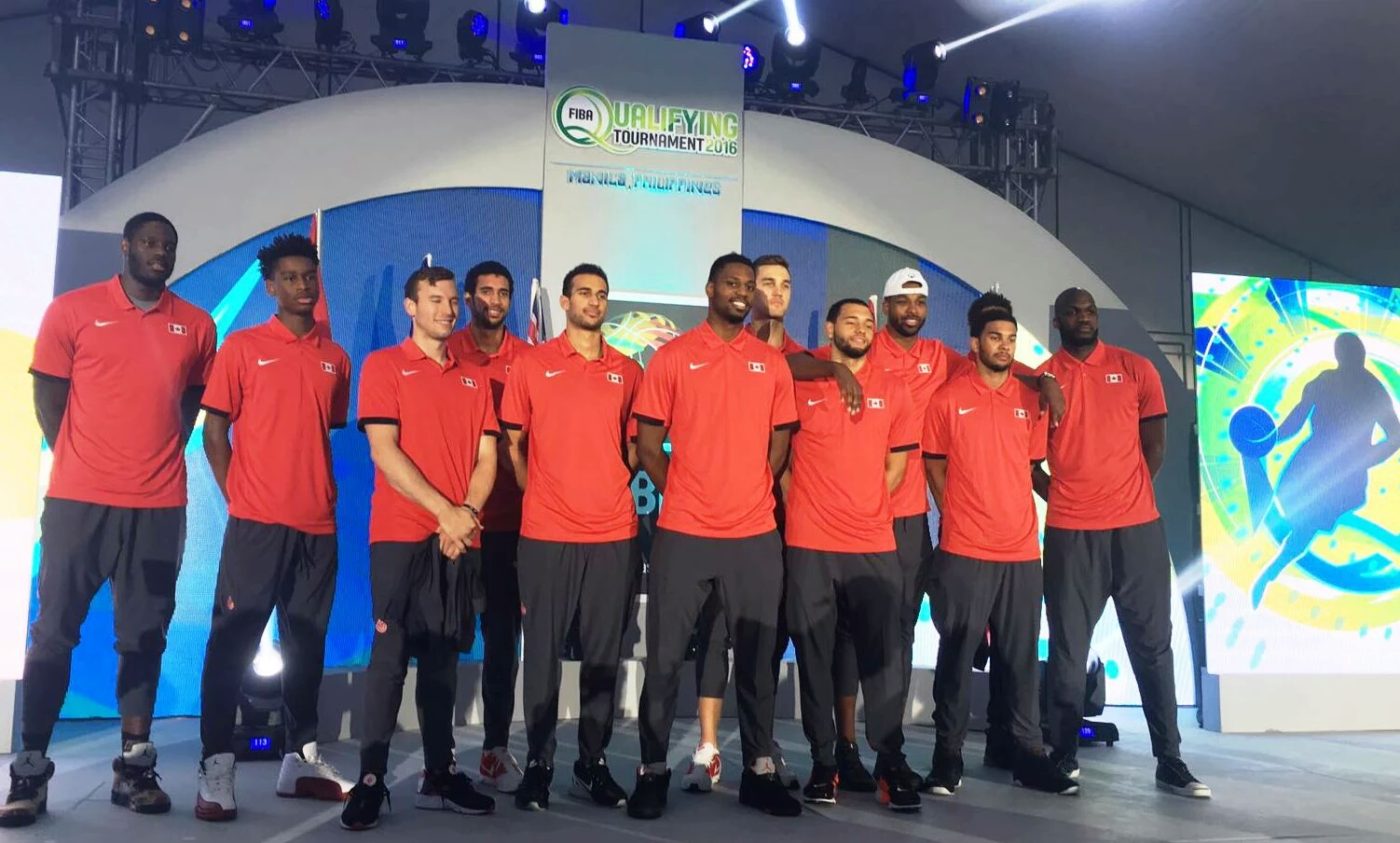 Team Canada has announced their 12-man roster that will compete in the 2016 FIBA Olympic Qualifying Tournament in Manila, Philippines from July 4th-10th.

After a loss to Venezuela in the semifinals of last summer’s FIBA Americas Tournament, Canada will now have their last chance to compete for a final spot in the 2016 Olympics in Rio, Brazil. In a six team tournament held in the Philippines, Canada joins Turkey and Senegal in Group A, with France and New Zealand playing in Group B against the host country.

“Last summer obviously was a huge disappointment, and for me personally that stuck with me for a long time,” said Canadian head coach Jay Triano in a conference call Sunday evening.

“But at the same time, you can’t go back and you can’t look back.”

Team Canada will be entering the qualifying tournament with a couple of roster changes. Andrew Wiggins, the 2014 NBA Rookie of the Year, has decided to sit out along with Dwight Powell, Nik Stauskas and Kelly Olynyk; after shoulder surgery in May.

While Canada might be missing some of their NBA players, they’ll still have Cory Joseph, a returning Joel Anthony, Tyler Ennis, and Anthony Bennett. Tristan Thompson has also joined Team Canada, fresh off winning the 2016 NBA Championship with the Cleveland Cavaliers.

“He’s been a leader, making sure that the players are all together,” said Triano when asked about Thompson. “He’s got a lot of pride in himself and for the country.”

With an array of talent, Team Canada will be looking to go back to the Olympics for the first time since 2000. The assistant coaches that will help Triano accomplish that goal are Dave Smart, Scott Morrison, and Nathaniel Mitchell.

They’ll be going against some tough competition, including the possibly of playing France with Tony Parker, Boris Diaw and Nicholas Batum on their roster. Canada will be playing Turkey for their first game of the qualifying tournament on Tuesday July 5 at 6:30 a.m. EST.