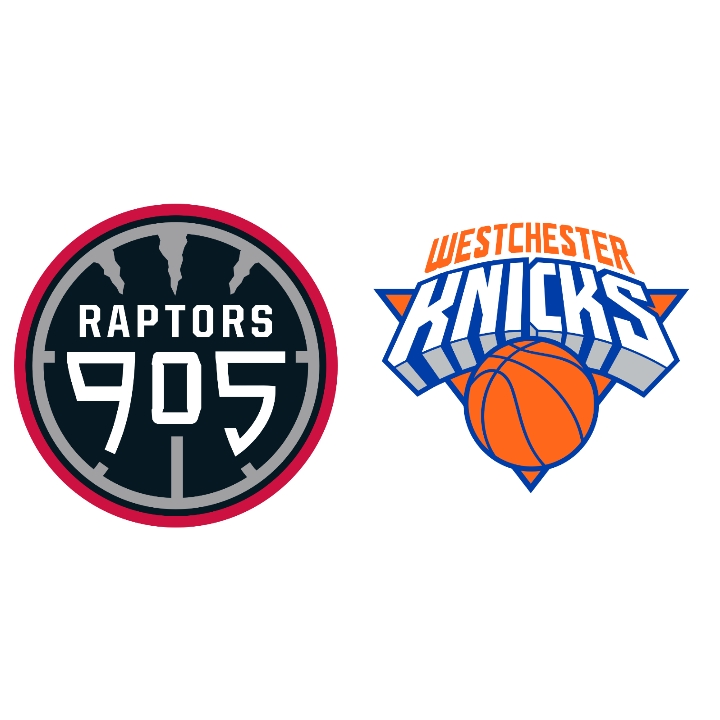 By Connor LamontFebruary 27, 2021No Comments

(Orlando, FL) The Raptors 905 grinded out a hard fought 127-115 win against the Westchester Knicks Saturday to secure their fourth straight win.

For the second game in a row, Alize Johnson came up big for his team with 36 points and 17 rebounds and was instrumental in the team’s comeback win.

It was a forgettable first half for the 905 who looked tired playing their second game in less than 24 hours. Defensively, the 905 were a step behind which allowed the Knicks to go to work. Westchester shot 12-24 from three in the first half and proved why they are one of the best three point shooting teams in the league. Myles Powell and Jared Harper of the Knicks came ready to play and scored 20 and 25 points each.

The lone bright spot for the 905 in the half was the strong play of Johnson, who continued to make his case for a call up to the Toronto Raptors. Johnson’s 19 first half points helped to compensate for the Raptor’s lack of ball movement and fatigue. The 905 trailed 69-57 going into halftime.

“I started going and my teammates started finding me and I was just pushing it in transition so I got in a little groove there,” said Johnson regarding his strong play despite the team’s slow start.

After a back and forth third quarter, the Raptors found their legs in the fourth and looked like a completely different team. Early in the quarter, the 905 pulled ahead 102-101, their first lead in the game since the score was 11-8.

Henry Ellenson, who came off the bench for the first time this season, woke up in the final quarter and punished the Knicks in the post. He brought the same energy defensively and finished with 20 points.

The steady play of point guard Matt Morgan was also crucial in the win. Morgan stepped up for his team with Malachi Flynn playing with the Toronto Raptors at the moment. Morgan’s 19 points and 10 assists helped to propel the team to victory.

“I think with my shooting ability I am able to create a lot more offence, but it’s just playing with that confidence,” said Morgan post- game. “Being able to showcase that is definitely a step forward but I know there’s another level I can get to personally.”

Despite the great play of Ellenson and Morgan, the game belonged to Johnson. In one particular sequence, he made a tough jumper before getting a steal on the other end and driving back down the court for an open lane dunk. His play helped the Raptors outscore the Knicks by 20 points in the final frame.

“Thank god for Alize,” said 905 head coach Patrick Mutumbo. “I loved his voice in the huddles and his swagger on the court and he was not going to lose this game, he carried us.”

Johnson was not alone in receiving his coach’s praise as Mutumbo was very proud of how his team responded to the adversity. “They just did not want to lose, they went to get that game with everything they had. We had every excuse possible and we didn’t take any.”

With the win, the Raptors continue to play at an elite level and climb to third place with an 8-3 record. With four games left in the season, the Raptors are positioned to qualify for the playoffs with a high seed.

The Westchester starting lineup featured Canadians Ignas Brazdeikis and Simi Shittu. Brazdeikis had a tough game from the field shooting 3-14 with 10 points. Shittu added 8 points in 22 minutes of action.

Gary Payton II left the game with a right calf contusion and will be evaluated over the next few days to see if he is good to go for the Raptors’ next game.

The Raptors will look to continue their strong play Monday against the Canton Charge.