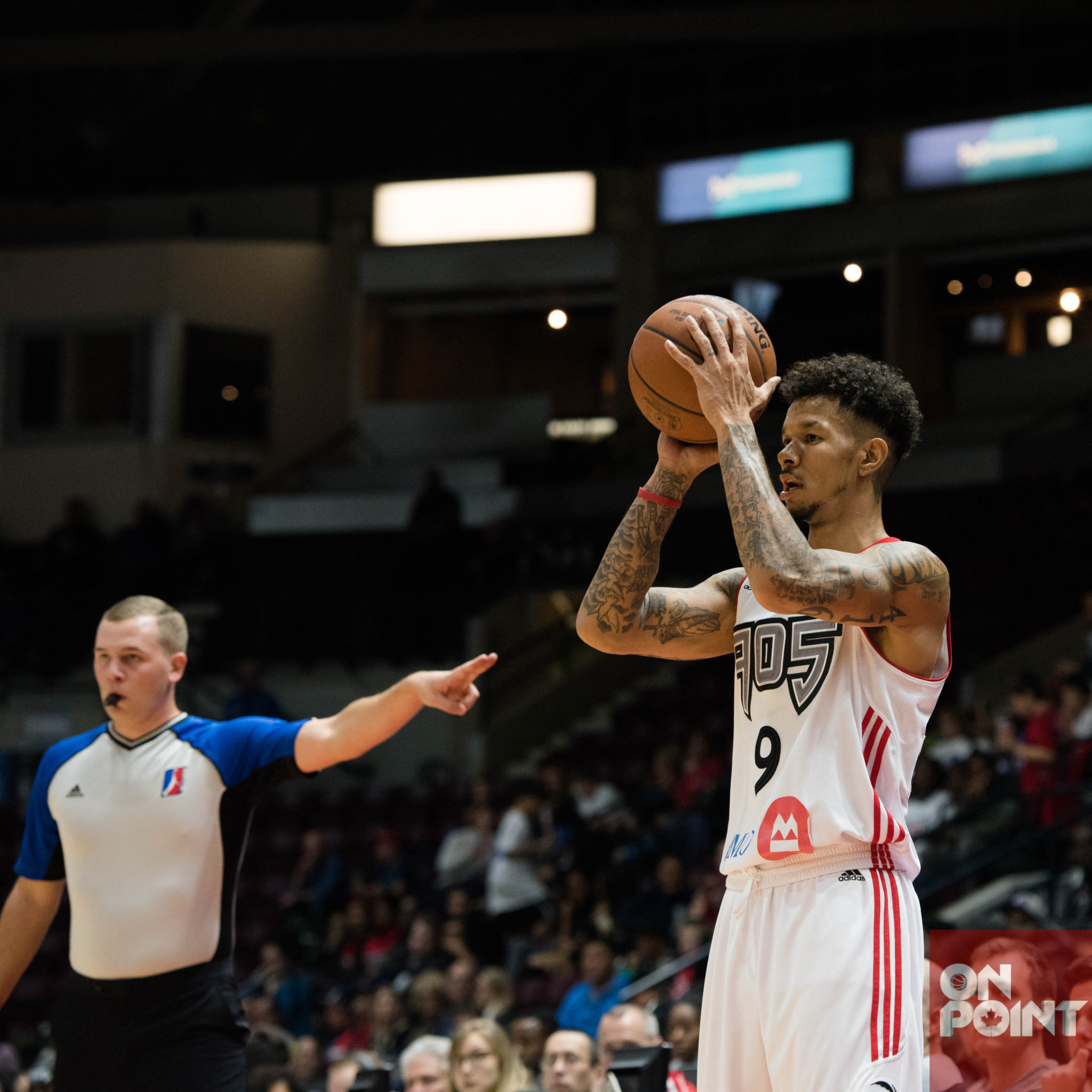 Raptors 905 Losing Woes Continue As They Fall to Canton

By Jaspreet GrewalJanuary 5, 2017No Comments

After falling to the Erie Bayhawks Monday night at home, the Raptors 905 were unable to make amends as they fell 109-99 to the Canton Charge Wednesday night, extending their losing streak to three games and dropping to 12-7 on the season.

“Those guys stepped up,” said Raptors 905 Head Coach Stackhouse. “They got aggressive and were really aggressive offensively, jumped up and made some shots on us. We had some looks, we had the looks that we liked, we were swinging the ball, doing exactly what I wanted them to do, we just weren’t able to knock them down.”

The 905 entered tonight’s matchup second in the Central Division and third in the Eastern Conference of the NBADL.

Frenchman Axel Toupane wasn’t in uniform against Canton due to flu-like symptoms, and the 905 felt every bit of the swingman’s absence Thursday night.

The home team found themselves in a deep hole in the second quarter, trailing by as many as 11 points at one point but were able to string together a couple of runs late in the quarter, ultimately carrying a 58-51 lead into the half

Big man Edy Tavares & Antwaine Wiggins (cousin of Minnesota Timberwolves’ star Andrew Wiggins), who both poured in 21 and 13 points, respectively, seemed to be the lone bright spots for the 905 in their loss against the Charge.

Wiggins came out strong in the first quarter, registering six points and three rebounds in nine minutes of first quarter action. Though the former Charleston product had a decent game on the stat sheet, a lot of his contributions can’t be measured on paper, particularly on the defensive end.

“I just try to come out there and have a lot of energy,” said Wiggins following his 13-point, eight-rebound performance Wednesday night. “I try to be wherever my team needs me to be, whether that’s rebounding, scoring, defence, just whatever it takes to win. That’s my only focus.”

Though the 905 were able to withstand Canton’s first half scoring surge where they trailed by double-digits, the second half seemed to tell a different story. Turning the ball over 22 times and forfeiting 26 points while doing so doesn’t generally bode well in basketball.

“We had some unforced live ball turnovers [that] really hurt us,” added Stackhouse. “They were able to get out and run, this team is the 6th best team in the league with pace so they’re used to getting out on the fast breaks. You can’t turn the ball over and we did that a little bit more than we’d like and we’ve got to find a way to clean that up. 24 turnovers last game, 22 this game, that’s 22 opportunities that we could’ve had to try and put some points up on the board that we didn’t get.”

Negus Webster-Chan registered his third start of the season for the 905, finishing the night with six points and five assists in just under 20 minutes of action. The Scarborough native is well aware of what needs to be done by him if he’s to see minutes under coach Stackhouse.

“Just try to bring a lot of energy and defence,” said Webster-Chan following the game. “Hit open shots, run on offence, get to my spots and just help my teammates get open.”

Webster-Chan, a Canadian, is also cognisant of the fact that there are kids who look up to him in the nation, and in order for them to reach their goals they have to be willing to learn and work extremely hard.

“It definitely takes a lot of hard work and I think it’s a good thing for all of the kids to see me and the rest of the guys on the team making it to this level,” said Webster-Chan. “If they keep working hard then they’ll have a chance too.”