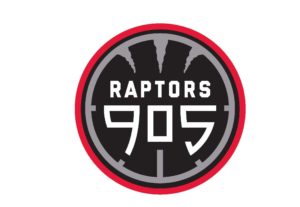 Home » On Point Blog » Raptors 905: The Value of Owning a D-League Team

Written by Jas Grewal exclusively for On Point Basketball

When Bryan Colangelo alluded to the possibility of bringing in a D-League affiliate for parent club Toronto Raptors back in 2008, there wasn’t much discussion surrounding when or how that team would come about, only that he had hoped it would be a reality sooner rather than later.

Fast-forward almost eight years later and Colangelo’s hankering to add a farm team eventually paid off. With the help of MLSE and current Toronto Raptor’s GM Masai Ujiri, the Raptors 905 were eventually born – an almost undervalued privilege and benefit for a budding organization like Toronto.

Now nearing the culmination of the season where the Raptors 905 carry a less than desirable record (20-27) – good for third last in the Eastern Conference – we start to understand the unfeigned purpose of having a farm team. It’s not all about winning – though it wouldn’t hurt – but rather developing players who are rifling for an opening into the league.

Barring any abandonment of agreement for a minor-league team in Charlotte, Brooklyn and Chicago, the NBA will have a total of 22 teams with D-League affiliates at their disposal starting in the 2016-2017 season.

The value of having a team in Mississauga, for instance, is overwhelming and a scenario that serves two crucial purposes: player development and embroidering the fabric to an already growing basketball culture.

Having the option of sending raw and non-NBA-ready players to the D-League helps build confidence and circumvents idling on an NBA bench where minutes are hard to come by. Conversely, it also offers an opportunity for organizations to reward and provide opportunities for NBA D-League players who are itching for a chance to spread their wings on the main stage. In addition, it affords an organization like Toronto a security net in the event of injuries – a prevailing theme in today’s NBA.

“There’s so many positives that the battery on the camera would probably run out before I was done talking about all the great things that has happened so far,” laughed Murmuys, when asked about the benefit of having a D-League team in the GTA.

“But I think mainly, which is really huge for us as an organization, is that we’re in a winning mode and we’re not a building team, so we have to find out ways to build our young players for the future. This has been a really great experience for our young players at the end of the bench. It’s really translated when they got onto the court with Coach Casey – I thought all of them at some point in the season have been able to impact games and impact winning for the big team, and that is really, really huge,” mentioned Murmuys.

Fostering a minor league team club also helps build to an already mounting basketball culture in areas other than Toronto. GTA suburbs like Mississauga, Brampton and Vaughan have already produced NBA level talent. As the population surges and the game of hoops becomes more and more widespread – which has been the case for the past few years -cities like the ones mentioned above will only generate more fans of the game and, as a result, produce surplus talent. The idea is to eventually morph the sport of basketball into an ideology of sorts for Canadians. And hosting a game at the ACC only expedites the process for the 905.

“I thought it was awesome,” said Murmuys in response to the 8,000 plus fans that showed up at the Air Canada Centre for the Raptors 905 game on March 14th vs. the Fort Wayne Mad Ants. “I was super excited and I thought our guys were a bit nervous about it because they’re not used to playing in front of that type of crowd. We really appreciate it and I thought it was really fun to coach and have that game here.”

Players like Delon Wright, Norman Powell and Lucas ‘Bebe’ Nogueira are exemplary of how valuable having a D-League team is and has been throughout their short time in the league.

Nogueira feels that people misjudge the level of talent seeping out of the NBA’s Development League, and rightfully so.

“This is the D-League, people think the D-League is low level,” said Nogueira following his 17 point and 11 rebound outing against the Fort Wayne Mad Ants. “But, no, a lot of guys here can play in the NBA if given the chance.”

The chance to play for the Raptors 905 has afforded the 6’11 Brazilian an opportunity to try things on the floor that perhaps his NBA parent team would discourage him from doing.

“A lot of people got surprised when I was open for a three-point shot because it’s not normal for seven footers [to take those shots]. A couple of guys in the NBA can shoot threes because they have more freedom on their team,” said Nogueira. “But my role is different with the [Toronto] Raptors. When I made that three against Washington (Wizards), people got surprised and today again, but this is why it’s a good thing to come to the D-League because the coaches let me shoot these threes because they know that I practice every day. My chance to show my three point [shot] or my putting the ball on the floor and going to the basket is here [with the 905], because my role’s completely different than in the NBA.”

As we inch closer to the culmination of the NBA D-League season, we start to truly realize the sheer value and importance of having a minor league team linked to an NBA club. If not for building a basketball culture or developing NBA talent, then for providing the GTA fan base with a less-expensive but competitive alternative for entertaining basketball.