(Toronto, Ont. Aug 12, 2014) – Canada’s Senior Men had their work cut out for them this afternoon as they took on 15th ranked, and World Cup bound, Angola in Granada, Spain. This was Canada’s 11thand final contest of their European friendly tour before heading back home to Toronto, Ont. The Canucks came to play and were clearly determined to finish their Euro tour on a high note. Efficient shooting coupled with great ball distribution had the red and white coming away with the convincing 89-65 victory over Angola.

Canada came out of the gates firing on all cylinders with a very well balanced attack. By the end of the first quarter Canada had four players with five points or more and held a 23-17 lead over Angola.

Canada built on their lead in the second quarter thanks in large part to Nicholson’s efficient play down low and Heslip’s reliable stroke. Canada took a 49-39 lead into halftime.

The third quarter consisted of much the same as the Canadian crew kept the Angolan squad at bay while slightly building on their lead. By the end of the third the Canadians had four players in double figures (Joseph, Nicholson, Heslip, & Sacre) and a 66-53 lead.

In the fourth the Canadians found another gear and picked it up even more, outscoring Angola 23-12 in the final frame on route to an 89-65 victory. Five players finished in double figures; the aforementioned four as well as Phillip Scrubb (Richmond, B.C.).

Canadian Head Coach Jay Triano was elated with how his team competed today:

“What a great way to finish off our tour. We played very well both offensively and defensively keeping the African champions frustrated. Our players grew, competed, learned the international game, and kept getting better as our tour went on.”

Triano summed up his thoughts on the Euro trip by adding:

“I’m really pleased with the fact that we competed with some very good teams. We are still a very young international team and these 11 games were very helpful in our development.”

Canada concludes their European tour with a record of five wins and six losses, and in the process demonstrated that they have what it takes to hang with the world’s best. The SMNT will now travel from Granada to Seville, Spain from where they will fly out and return home to Toronto, Ont. on August 13, 2014.

Toronto Raptors 20th Anniversary: What could have been and what will... 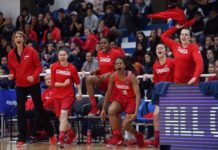 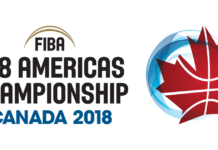