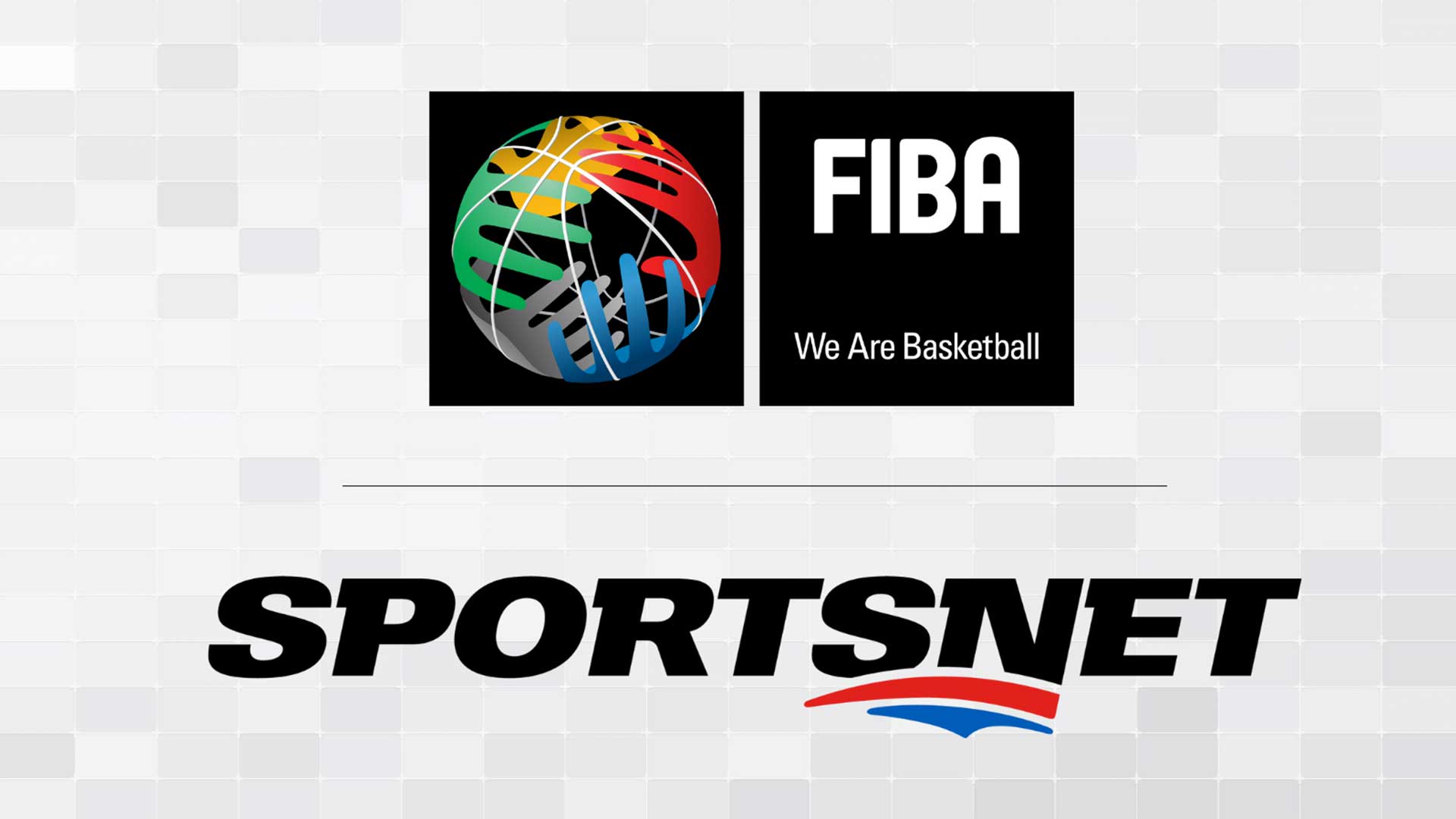 TORONTO, Ont. (November 15, 2021) – The world basketball governing body FIBA has expanded its media presence in North America with the announcement of a long-term broadcast rights agreement with Sportsnet in Canada. Through this new partnership, Sportsnet now becomes the exclusive broadcast rights-holder for FIBA events in Canada through to Fall 2025.

“This is great news for basketball fans in Canada,” FIBA Media and Marketing Services Director General Frank Leenders said. “The passion for the sport in this part of the world is evident and this partnership with Sportsnet allows for the creation of new synergies and increased levels of commitment which will provide fans with unprecedented coverage and access to FIBA competitions in the years to come.”

“As the home of extensive basketball coverage in Canada, Sportsnet is proud to partner with FIBA to bring Canadians front-row access to the country’s brightest stars on the world stage,” said Bart Yabsley, President, Sportsnet. “Complementing our network’s NBA, WNBA and Canada Basketball content, today’s partnership with FIBA reinforces our ongoing commitment to building a basketball legacy for players and fans alike in Canada. We look forward to collaborating with FIBA to make these international games available as part of Sportsnet’s industry-leading portfolio of the basketball games that fans want.”

Canadian basketball fans will get their first taste of FIBA on Sportsnet later this month as the Senior Men’s National Team takes on the Bahamas in the FIBA Basketball World Cup 2023 Qualifiers, starting November 28 & 29. Canada’s Senior Women’s National Team will return to action in the New Year as they compete to qualify for the FIBA Women’s Basketball World Cup 2022. In addition to delivering coverage of Canada’s appearances in FIBA competitions, Sportsnet’s broadcast rights also include access to key international matchups featuring squads from around the world, including USA Basketball. Full FIBA on Sportsnet broadcast details will be announced at a later date.