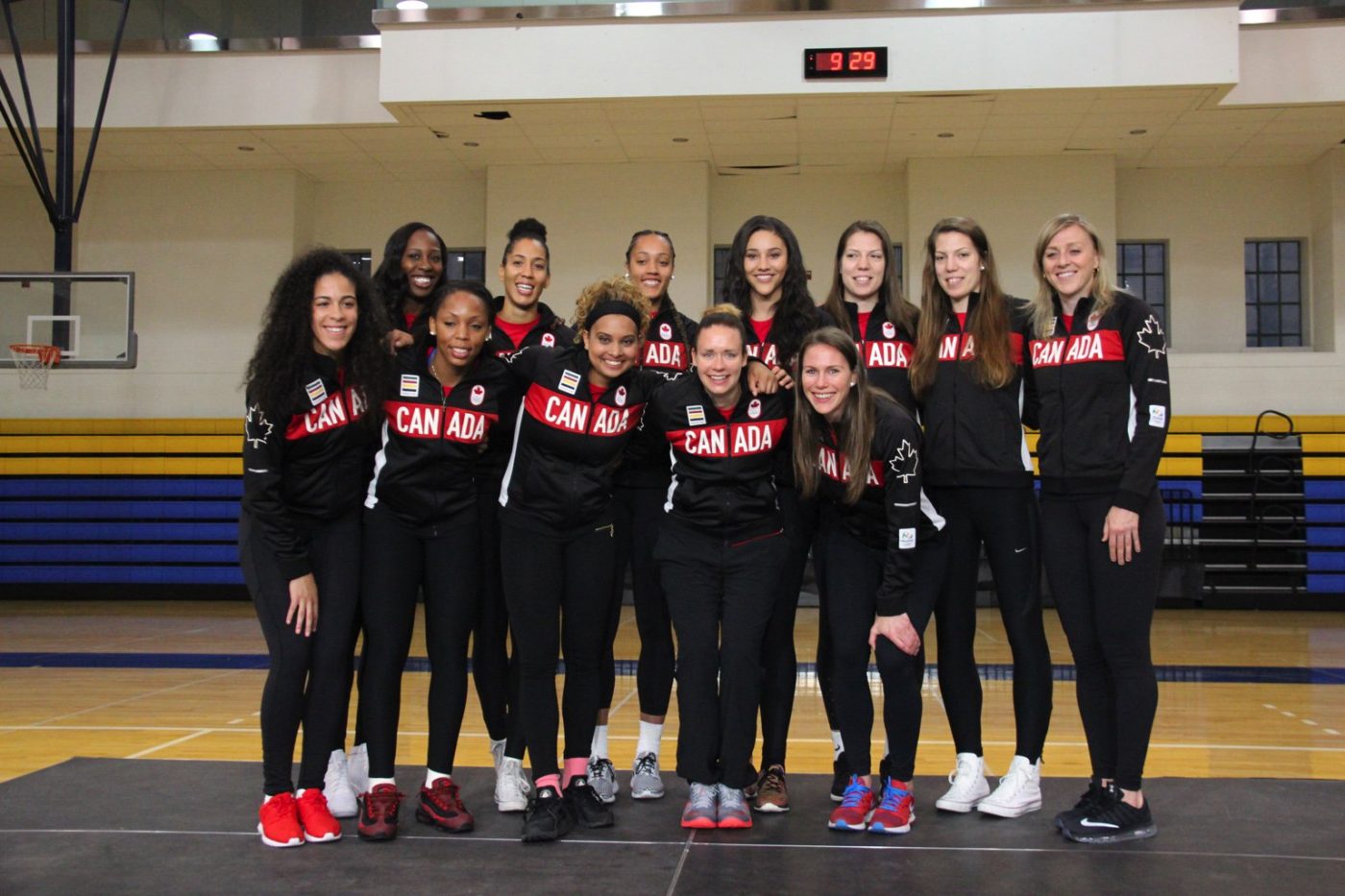 (Toronto, Ont.) Team Canada announced on Friday morning the women’s basketball roster that will compete in the 2016 Olympics in Rio de Janeiro.

The 12-player roster was introduced at Ryerson University’s Mattamy Athletic Centre in Toronto, with former Olympian Alisha Tatham leading the event as the host.  After winning gold in the 2015 FIBA Americas Women’s Championship in Edmonton, they were able to qualify for their second straight Olympics. Team Canada will have momentum on their side, after also winning gold at the 2015 Pan Am Games in Toronto.

“The Olympics is the biggest stage you can get to,” said Kim Gaucher, the team’s captain. “We cannot wait to get down to Rio, to (hopefully) inspire some future ballers that are watching our games.”

Gaucher will be one of the many veterans on Team Canada, with there being seven players on the roster that played in the 2012 Olympics in London. The other six players include Lizanne Murphy, Natalie Achonwa, Michelle Plouffe, Tamara Tatham, Miranda Ayim, and Shona Thorburn. Their head coach will be Lisa Thomaidis, who led them to their two most recent international gold medals.

Team Canada will be in a better position than they were the last time around, when they lost to U.S.A. in the Quarterfinals. That team in 2012 only had a single player to previously play in the Olympics, Teresa Gabriele.

“We’ve talked to the vets, kind of about the experience they had in the London Olympics,” said Kia Nurse, who exploded on the international scene during the Pan Am Games.

“If you can get out and see other events, and support other Canadians out there, that’s something you always want to do. But it’s a big focus to be ready to go every single day, and be really focused on what we need to do to get things done.”

Nurse, who scored a team-high 33 points in the 2016 Pan Am Finals, will be one of five players to make their Olympic debut. The rest of the roster will be filled with a set of guards and forwards, with Miah-Marie Langlois and Nirra Fields in the backcourt. The frontline will be strengthened with Nayo Raincock-Ekunwe and Katherine Plouffe; who’ll join her twin sister, Michelle.

This team has been building chemistry for years, in large part to do with a growing basketball culture in Canada. Many of the players have played with each other on multiple occasions, because of the structured system they’ve built in order to develop their players. Gaucher, who’s been on Team Canada for 15 years, credits the growth of Canadian basketball to the large amount of resources and time put into developing their younger players.

“Our junior national teams are finding great success, and those players are starting to funnel into our program,” said Gaucher. “You know we have one unified style of play; from cadet, to junior, to development, to senior team, and that’s made a huge difference.”

Team Canada will only have their women representing the nation in basketball, after the men lost to France in their Olympic qualifying tournament. With that being the case, the women’s team will without a doubt have the entire nation’s support, something that was proven later on that day at Nike’s Crown League.

In front of a packed gymnasium at Ryerson’s Kerr Hall, Team Canada was welcomed with a marching band, and the national anthem. They’ll be able to carry that support on their way to Rio, when they play their first game on Saturday, Aug. 6 against China in the group stage.

Kia Nurse is welcomed by kids at the morning ceremony