TORONTO, ON –  One year after losing in the first round of the FIBA 3×3 World Tour Final’s in Istanbul, Team Saskatoon will once again be joining the world’s elite this weekend in Japan, as they look to improve on last year’s finish.

The World Tour Final is composed of 12 teams that are divided into four divisions, each playing in a round-robin against their respective pool opponents in the preliminary round.  The top-two teams in each division will advance to play elimination style rounds beginning with the quarter-finals.

Team Saskatoon qualified for the World Tour Final this year after having won the 3×3 Canada Quest tournament and earning the top spot in North America by beating Denver in the finals at the World Tour Chicago Masters in August.

The squad has shaken up their roster from recent years to include returning members Michael Linklater and Michael Lieffers, with the likes of new players, Gordon O’Neil and Willie Murdaugh. They are joined by Team Trbovlje (Slovenia) and Team Kobe (Japan) in pool D and will face-off against each other during the preliminary round.

Michele O’Keefe, Executive Director at Canada Basketball, commended the team on their recent accolades and praised their preparation for the tournament.

“We’re very excited for Team Saskatoon to represent Canada at the 3×3 World Tour in Tokyo,” said O’Keefe. “With the experience of competing at the World Final last year and winning the Chicago stop this summer, we know that Team Saskatoon is poised and prepared for this championship.”

Full schedule for the FIBA 3×3 World Tour can be found here:http://3x3worldtour.com/pages/eng/fe/14/3×3/tokyo/p/schedule.html

Ryerson vs Western home opener more than just a game 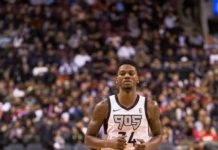 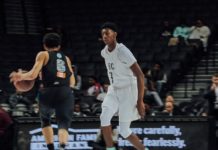 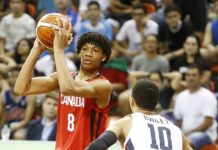