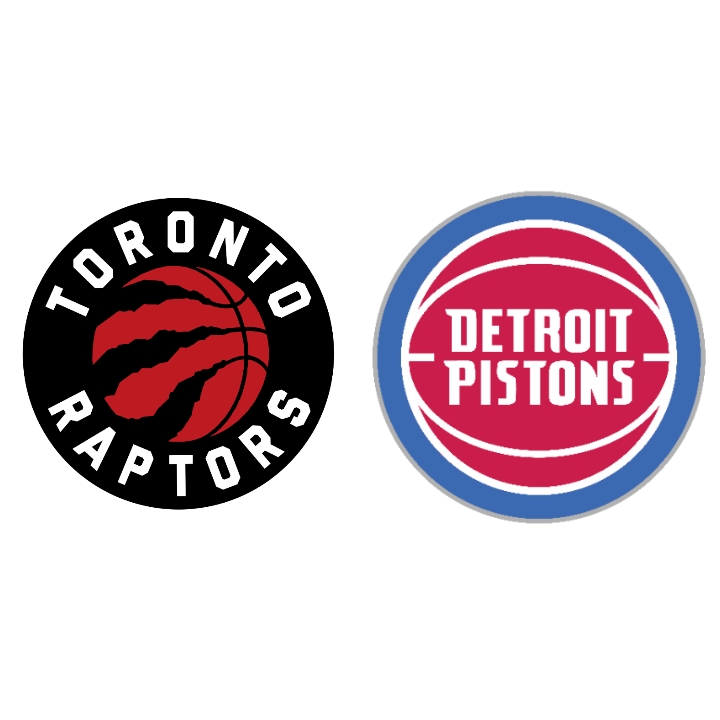 By Kyle OliveiraNovember 15, 2021No Comments

The Toronto Raptors hardships at Scotiabank Arena continued on Saturday with a 127-121 loss to the 14th place Detroit Pistons.

The Raptors returned home for this one after a tough win in Philadelphia, and were the favourites to win even without Fred VanVleet and Precious Achiuwa. The lineup change gave Goran Dragic the chance to reintroduce himself, and forced Toronto into a small ball lineup that included Siakam playing at the 5.

Toronto led narrowly after what was a promising first quarter, but Jeremi Grant began to find his rhythm in the second frame and gave the Pistons a 1-point lead at the half. Third quarters have been a challenge all season for this Raptor team, but they navigated it well on Saturday night, and took a 2-point lead into the fourth, which seemed likely to be extended. From that point on though the Pistons took over, shooting 6/8 from deep in the fourth, and getting exceptional individual performances from multiple stars, including 1st overall pick Cade Cunningham. The Pistons refused to take their offensive foot from the gas as time wound down, and they walked away with an impressive 6-point win on the road.

One of the few bright spots in the loss for Toronto was Pascal Siakam, who provided 25 points, 12 rebounds and 7 assists on 9/14 from the field before fouling out. Gary Trent Jr. had a solid game as well, scoring 23 points on 8/16 from the floor with 4 3-pointers. OG Anunoby was a bit quiet despite scoring 17 points, and Dragic scored 16 in his return to action. Rookie Scottie Barnes was mostly kept in check with 11 points and 6 rebounds. Toronto-born Danalo Banton was the Raptors best player off of the bench, scoring 12 on an efficient 4/6. Canadians Chris Boucher and Khem Birch were both involved with the second unit, although Boucher left early with an apparent injury.

The Pistons win was led by their main man Grant, who scored 24 points with 5 rebounds and 5 assists, including some massive buckets down the stretch. Isaiah Stewart found his offence against the Raptors small lineup, scoring 20 points in 32 minutes. The rookie Cunningham struggled for much of the game but came alive in the fourth quarter and finished with 10 points. Frank and Josh Jackson were massive off of the bench, scoring 14 and 15 points respectively and keeping the Pistons alive when their starters were off the field.

Despite the small ball lineup, the lack of size can’t be blamed for the Raptors loss. Toronto actually outrebounded the Pistons and kept the second chance points to a minimum. The real issue for the Raptors was defending the perimeter, especially in the fourth. For whatever reason, Toronto’s defence has been significantly worse at home, and it’s something that will have to be corrected moving forward.

Nick Nurse was forced into expanding his rotation on Saturday, but Malachi Flynn was still limited to just 4 minutes. Even with VanVleet out, it seems as if Banton has phased Flynn completely out of meaningful minutes, and Nurse seems unwilling to move away from the rotation he’s trusted in since opening night.

The loss moves the Raptors back to 7-7, which seems appropriate for the current form of the team. The Raptors are going to need to bring a consistent defensive effort moving forward, especially at home where the lack of intensity and perimeter pressure has been surprising to say the least.

Both teams will be back in action on Monday, as Toronto will look to right the ship on the road in Portland, while the Pistons will try and build off the win with a home date vs Sacramento.

NOTES: At one point during the game there were 5 Canadians in total on the floor as Detroit’s Cory Joseph & Trey Lyles faced off against Dalano Banton Chris Boucher and Khem Birch, showing how far the Canadian game has come! Joseph finished with 7 points and 3 assists and Lyles scored 8 points to go with 3 rebounds. The Pistons third Canadian Kelly Olynyk, missed the game and will be out for several weeks with a left knee sprain.