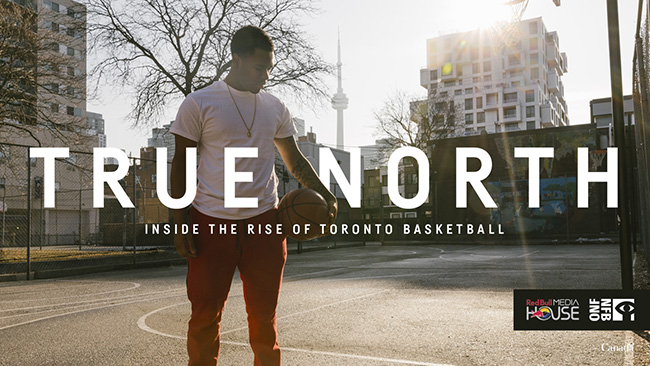 True North: Inside the Rise of Toronto basketball

Home » On Point Blog » True North: Inside the Rise of Toronto basketball

True North: Inside the Rise of Toronto Basketball

A nine-part documentary series created and directed by Ryan Sidhoo

Watch the full series now on NFB.ca, the NFB’s YouTube
channel and RedBull.tv!

True North provides an intimate look at the rise of the Toronto hoop dream through the stories of five young athletes, inspired by the wave of NBA talent coming from their city. In this nine-part docu-series, director Ryan Sidhoo captures the raw emotion of navigating today’s youth basketball machine through the eyes of the city’s players, coaches and families at the centre of it.

The series follows contemporary coming-of-age stories as they unfold in an evolving city, sharing a unique Canadian experience that’s rooted in generational immigration. At its heart, True North is about ambition, the pursuit of full-ride scholarships, and the intersection of luck and opportunity.