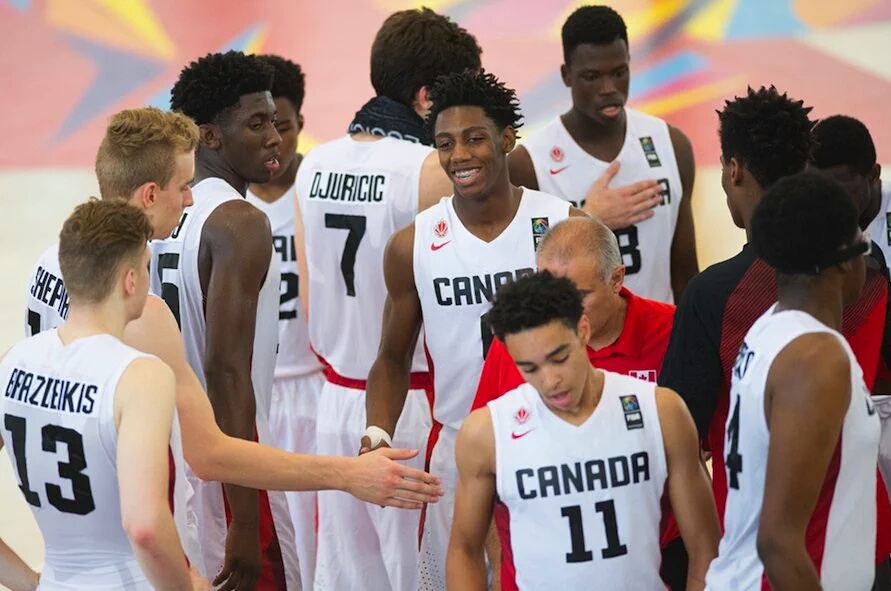 U17 MEN FINISH 5TH IN THE FIBA WORLD CHAMPIONSHIPS

(Zaragoza, Spain), The Canadian Men played their last game of the FIBA World Championships this morning in Zaragoza, Spain. They beat France 99-68 and claimed 5th place for themselves and their country.

Ignas Brazdeikis was named Canada’s top performer of the game he scored 26 points secured 10 rebounds and had 2 steals. Simisola Shittu also had a great game putting up 18 points, and a free throw percentage of 66%. Another offensive threat this game were Danilo Djuricic with 14 points.

Canada had a good shooting game and shot 50.9% from the 2-point range. While France was only shooting 39.2%. They also had an impressive 3-point shooting percentage 47.6, while France could only capitalize on 25%. The Canadian men took smart shots, moving the basketball fast and effectively for the best opportunities.

Canada had great composure throughout the game the men caused 29 turnovers while limiting themselves to 20. They have an impressive 17 steals, 9 blocks and benefited off the France men’s mistakes scoring 31 points from turnovers.