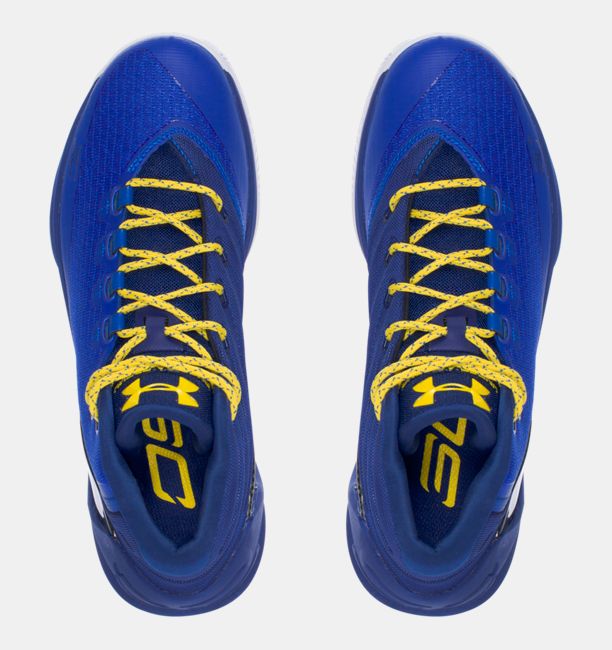 Under Armour and Steph Curry have launched the Curry 3

Just in time for the Raptors game on Wednesday November 15th against the 2016 NBA finalists the Golden State Warriors, Under Armour has recently released the Curry 3 which is the 3rd installment of reigning back-to-back NBA MVP Steph Curry’s signature shoe.

The drop, officially released on October 25th in Canada, saw the Dub Nation Heritage colourway Curry 3’s retail for $169.99 Canadian and is available at www.ua.ca for those wishing to purchase.

According to the press release the newest addition to the reigning MVP’s signature collection is powered by breakthrough technology and infused with game-changing design.

Some of the design features include Threadborne which according to the release is comprised of “braided thread that wraps around a larger, corded panel, delivering unparalleled lightweigh directional strength and infinite support.”

The kicks also a contain a heel liner called Meta-Wing which which allows for a snug, stabilizing fit , Anafoam which reinforces the fit and “lightweight structure and support.”

Charged Cushioning and Herringbone Traction round out additional design features.

“Being able to work directly with my team at Under Armour on the Curry 3 has been an incredible experience,” said Curry. “Our team’s knowledge and expertise on the science of building a shoe is unparalleled, and pairing with what works for my body and my game, I know that we have created something really special.  Working in collaboration with my UA team from start to finish on inspiration, design and fit will without question drive us to success.”

Wednesday at the Air Canada Centre in Toronto, will see the son of Dell (Curry) hit the hardwood in what is sure to be another run and gun, shoot out affair between two of the league’s best teams as the Toronto Raptors and the Golden State Warriors take the floor.

Special thanks to Underarmour and Paradigm Public Relations