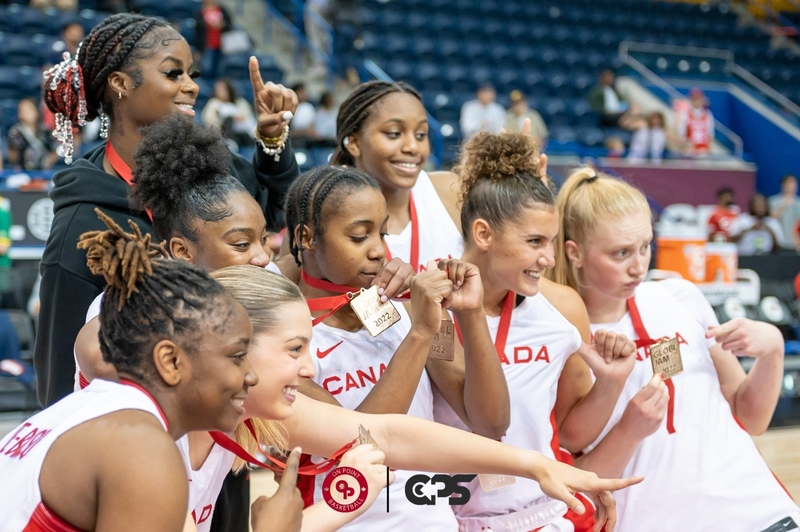 The Canadian Women’s U23 team came to the inaugural Globl Jam with a purpose – to show their home country what they were capable of, and with a 78-60 statement victory over France in the finals, they’ve gone undefeated in the tournament.

Canada came out running and took control of the game early with Merissah Russell and Aaliyah Edwards netting the opening points of the game. France stuck around throughout the first quarter and just when it appeared like it may be a competitive game, Shayeann Day-Wilson hit a massive three to start the second and opened the flood gates for Canada.

The tournament was a success on many levels for Canada Basketball with players like Edwards, Russell and Day-Wilson getting to play major roles for the national team – something they’ll be expected to do in the future – but for the players, winning at home, in front of family meant the most after two years of COVID-19 restrictions.

“I’ve been talking to (friends and family) about how good I am, but for them to actually see how good I am in person is great,” said Edwards

Throughout the tournament, Edwards has established herself as someone who could be ready to take the next step with the national team when the FIBA 2022 Women’s World Cup rolls around this fall, and she was named the tournament’s most valuable player after the game.

“I pride myself on being consistent and that’s what I really wanted to do in this tournament,” said Edwards. “Bottom line is we wanted to win, and we did that, we’re very proud of ourselves and our team.”

None of the team had ever played on home soil wearing the Team Canada colours until now and it is a feat that only happens a few times in an international players life, and with Globl Jam potentially turning into an annual event (reports of a 3-year commitment to the event in Toronto), Russell says she hopes she can be a part of it going forward.

“I’m just happy to play in my country, for my country,” said Russell. “I’m so excited for the future of women’s basketball in Canada because this is just the beginning.”

For the members of the Canadian senior women’s national team (SWNT), they’ll begin to set their eyes on the next stop – the FIBA Women’s Basketball World Cup which takes place later this summer in Sydney, Australia from Sept. 22 – Oct. 1.