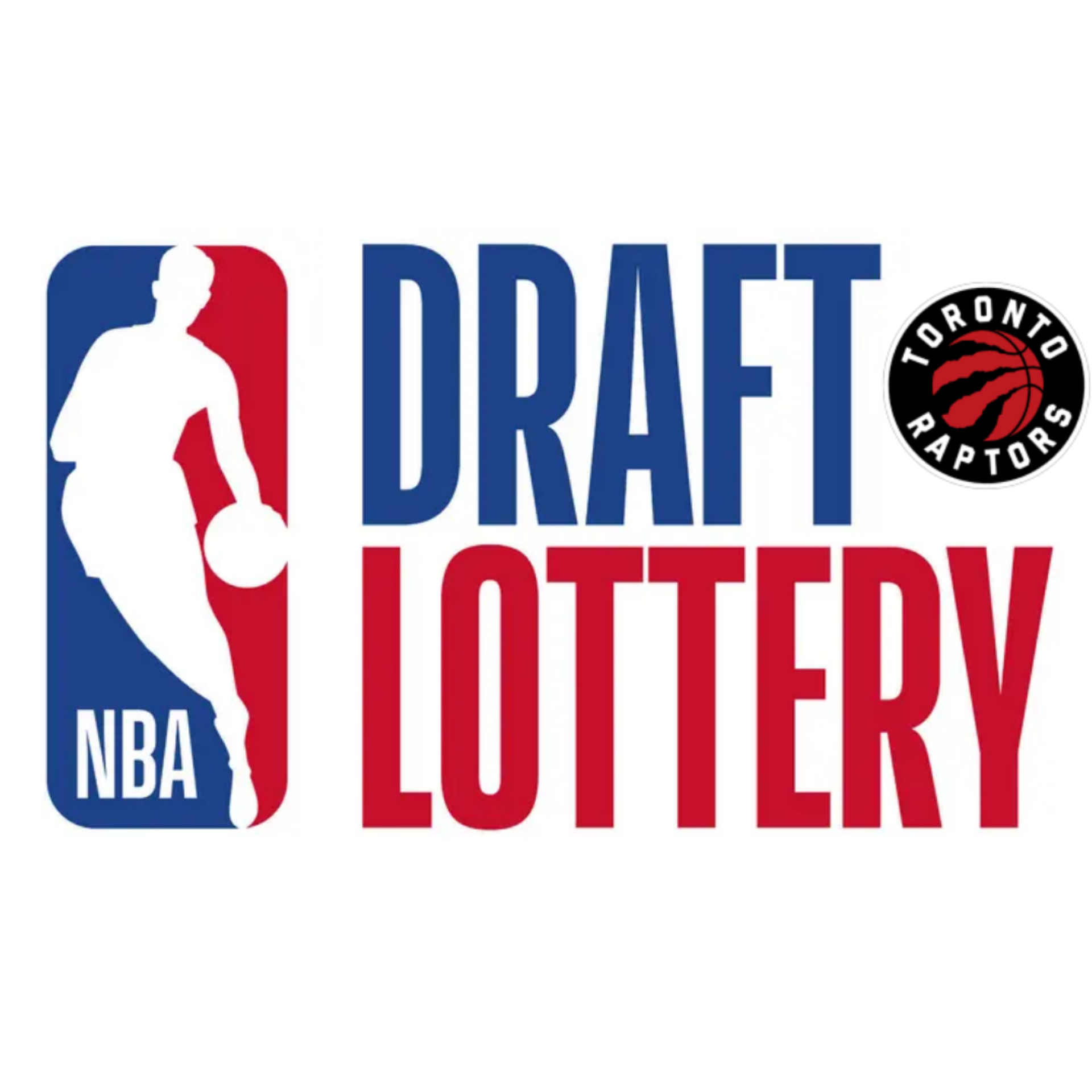 When it comes to the Toronto Raptors, the NBA Draft Lottery has not been something of interest in quite a long time. The Raptors have been a top tier franchise in the league for the majority of the past decade, and largely because of what Masai Ujiri has assembled, haven’t been in the lottery since the 2012-2013 season.

Just as it was for many across the globe though, 2020-2021 was a trying time for the Raptors, and several factors such as losing key players from years prior, as well as dealing with COVID issues and getting booed on their own “home” floor in Tampa Bay took their toll. The Raptors have more excuses than most on why their season didn’t go to plan, but excuses don’t change reality, and the reality of the situation is that they finished with an abysmal 27-45 record near the basement of the Eastern Conference.

It isn’t all negative in Raptor Land however. Toronto still has a lot of good pieces on this roster, and the hope is that next season they will be allowed back home to Toronto to finally have a sense of normalcy again. As well, the failures of the 2020-2021 season gave them the seventh worst record in the league, meaning they have the seventh best chance at the first overall pick, which will be determined at the Draft Lottery on June 22nd.

In this article, we will examine the Raptors chances of moving up in the lottery as well as their likely draft position, and highlight some of the players that they could draft depending on which way the ping pong balls fall later this month.

The NBA Draft Lottery is contested between the 14 teams that miss the playoffs, with the worst performing teams having the highest percentage chance of the first overall pick. The goal of the draft lottery is to move up into the top four picks, as those picks are selected by ping pong balls. Theoretically, anyone who misses the playoffs has a chance at the top pick, as even the Golden State Warriors (who finished 14th last), have a 0.5% chance of the first selection. From there, picks 5-14 are determined by record between the teams that didn’t move into the top four.

So, what does this mean for Toronto? The Raptors finished with the seventh worst record in the NBA, giving them a 7.5% chance of the first pick and a 31.9% chance of moving up into the top four. Although the chances of picking first are slim, the important number there is the top four percentage. If the Raptors can sneak up into the top four, they would be able to draft a potential superstar regardless of who is taken by the other teams in front of them.

As well, the Raptors and Ujiri (should he re-sign with Toronto, and that is far from a guarantee at this point) have done an excellent job of drafting in recent years, finding gems from late in the first round, into the second round and even with undrafted players such as Fred VanVleet. The one thing this franchise hasn’t had the opportunity to do in a while is draft an elite-level potential superstar, and that is what could be on tap for Toronto should the luck bounce their way on the 22nd.

Even if that 31.9% chance doesn’t hit, and the Raptors are unable to move into the top four, they realistically wouldn’t be picking later than 9th, and in an absolute worst-case scenario would pick 10th. Considering the drafting history from this front office, a top-10 pick being added to an already solid roster should bring excitement back into the hearts of Raptors fans, even if there wasn’t much to cheer for on the court this season.

With the draft lottery and Raptors chances explained, we’ll pivot to the potential draftees that make the most sense for Toronto on draft night, split into two sections: potential players if they hit the lottery and move into the top four, and potential selections if they don’t.

This year the NBA Draft will be taking place on July 29th, giving the Raptors over a month to narrow their draft targets after the drafting order has been decided.

If the Raptors move up in the lottery:

Cade Cunningham has been the consensus #1 pick for quite some time now, and should the Raptors luck out and move all the way to the top spot in the draft, the Oklahoma State guard would be a no-brainer selection. With Kyle Lowry’s future in Toronto uncertain, Cunningham could eventually slot in alongside VanVleet in Toronto’s backcourt, and would immediately give them an elite playmaker who has proven he can run an offence at a high level and create his own looks. Cunningham will almost certainly be a star at the next level, and would be a dream selection for Toronto if they got the chance.

There is no question that Evan Mobley is the best big man in this year’s draft, and considering the Raptors biggest issues lie at the Center position, the USC product could be the player best suited for Toronto in the entire field. The consensus number one pick is clearly Cade Cunningham, but should the Raptors move up into the 2-4 range, Mobley will be a must-have if he’s still on the board. Mobley is a defensive juggernaut with the potential to flourish offensively at the next level, and under the tutelage of the Raptors development staff, would have the potential to be one of the best centers in the entire league, bolstering Toronto back in the pack of the conference elite almost immediately.

Although many mock drafts have him slated to drop to #4, Jalen Suggs would be an incredible fit for the Toronto Raptors should they move up in the lottery with Cunningham and Mobley already off of the board. Suggs led Gonzaga to an undefeated season until the national title game, and had many dominant performances and moments including the game-winning buzzer beater vs UCLA in the Final Four. Suggs has proven that he’s not scared of the moment, and would slot in nicely alongside VanVleet in the Raptors backcourt should Toronto move on from Lowry. Even if Lowry stays, Suggs could learn behind him in a bench role for a year or two before taking over the reins, and would likely become a franchise player moving forward if the Raptors are lucky enough to snag him at #3 or #4.

If the Raptors move up in the lottery but the aforementioned targets are off of the board, guard Jalen Green could be a franchise-altering pickup for them. Although his sample size is a bit smaller, Green played at an elite level in the G-League bubble, showcasing his athleticism and scoring ability against grown men compared to the typical college route. His path to the league is a bit more unconventional than others, but his game speaks for itself, and he could be one of the most day-1-ready players in this year’s class if the Raptors are able to move up and take him.

***If the Raptors don’t move up in the lottery:

The Toronto Raptors have a 20% chance of entering the draft with the 7th pick, and if they end up there or anywhere around it, Scottie Barnes from FSU would be an excellent pick if he’s still on the board. Barnes is a talented 2-way forward that can facilitate on offence as well as play tough defence. He has a high motor, and seems like the kind of player that would thrive in Toronto’s development system, especially considering he can switch and guard all 5 positions.

If Toronto doesn’t move much in the lottery and end up around that 8th pick, Keon Johnson from Tennessee would be a great selection if he’s still on the board. At this point in his career, Johnson is more of a defensive threat than anything else, but the offensive game should come as his jump shot progresses. Johnson showed flashes of offensive brilliance at Tennessee, and could easily be developed by Toronto into a complete 2-guard that could line up next to VanVleet in the future.

If the top of the 2021 draft class wasn’t so crowded with guards, Davion Mitchell would be receiving even more attention than he already is. Mitchell’s stock exploded ten-fold this college campaign as he led the Baylor Bears to a National Championship, impressing in every single win on route to the title. Mitchell shot almost 45% from three in college, but is even more impressive on the defensive end with his energy and big-play ability. Mitchell seems like he would be a perfect Raptor, and should get a serious look if they fall back a few spots in the lottery.

For the first time in nearly a decade, the Raptors will have a crucial lottery pick on draft night this summer, regardless of what unfolds in the lottery. Even in a losing season, Toronto has loads of talent on their roster, and the right pick could catapult them back into the Eastern Conference picture faster than anyone expected. The Raptors have hit on almost every single pick since Ujiri took over, and the hope for all Raps fans is that he will still be in charge alongside GM Bobby Webster when the NBA Draft takes place on July 29th.