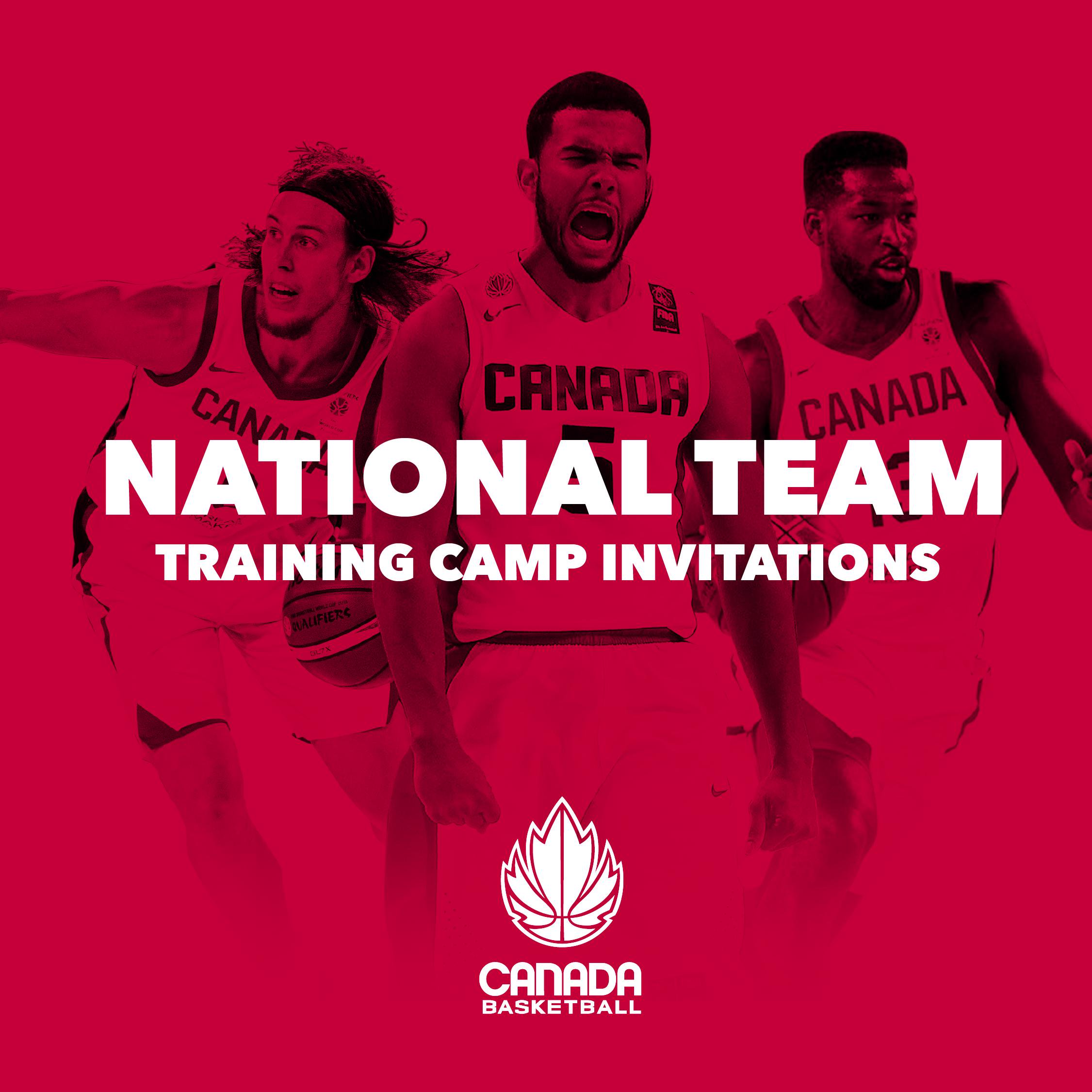 “Being asked to represent your country is a tremendous honour and we’re excited about the group of athletes that we have invited to training camp next month in Toronto,” said Rowan Barrett, Canada Basketball General Manager, Men’s High Performance.  “These athletes demonstrate the depth of talent we now have in our country, as we prepare to meet the challenge of the FIBA Basketball World Cup.

A finalized list of Senior Men’s National Team training camp attendees will be announced prior to the start of camp.

Canada will open exhibition play with a two-game series against Nigeria.  The Mattamy Athletic Centre in Toronto will host Team Canada on Wednesday, August 7 at 7:00 p.m. ET before the team travels to Bell MTS Place in Winnipeg for a game on Friday, August 9 at 7:00 p.m. CT.  Tickets for Toronto and Winnipeg are on sale now.

Following the Canadian exhibition games, Team Canada will travel to Australia for a five-game exhibition series against Australia (August 16-17), New Zealand (August 20-21) and the United States of America (August 26).  Tickets for these games are on sale now from Ticketek.

Canada is heading back to the World Cup for the first time since the 2010 FIBA World Championship after finishing the FIBA Basketball World Cup Americas Qualifiers with a 10-2 record to lead Group F. One of the fastest rising basketball nations in the world, Canada’s depth was on display during the Americas Qualifiers as 36 different players represented their country over the course of the six competition windows to qualify for the World Cup.

Canada is in Group H for the FIBA Basketball World Cup 2019 and will face Australia (September 1), Lithuania (September 3) and Senegal (September 5) in the First Round.  The top two teams from Group G (Dominican Republic, France, Germany and Jordan) and Group H will qualify for the Second Round and form Group L.

The results of the three games from the First Round carry over to the Second Round with every team playing against the two teams in their new group that they have not faced.  The top two teams from each group will qualify for the Quarter-Finals.