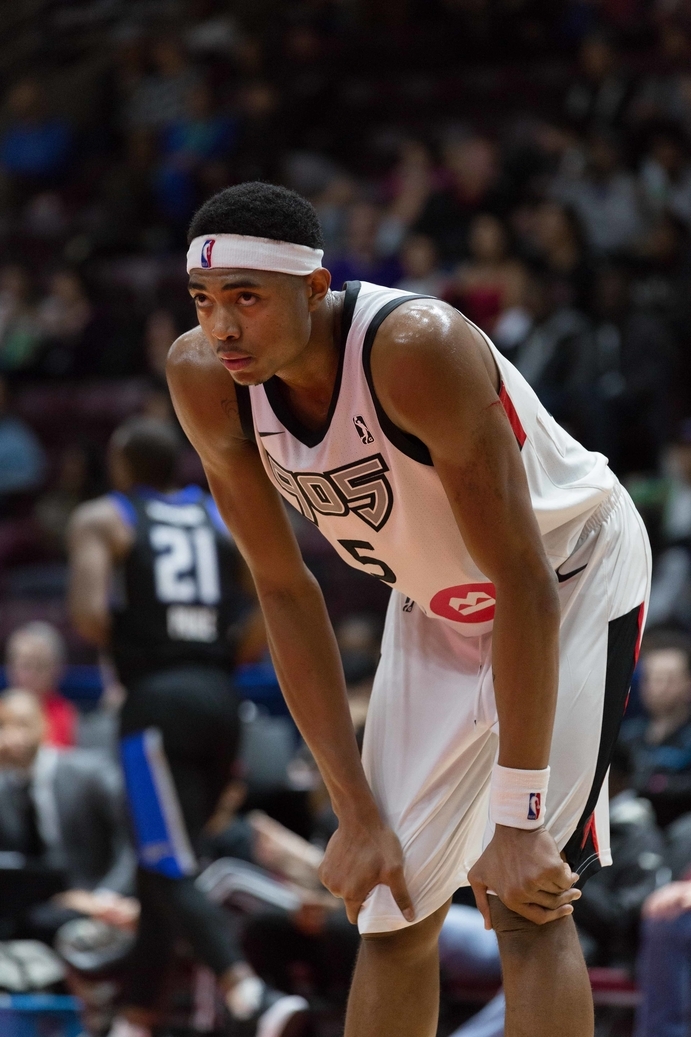 (Mississauga, On) After failing to put the brakes on a three-game losing skid, the 905 got back on track on Sunday, ousting the visiting Grand Rapids Drive 119-83 and halting the team’s recent downward spiral.

Bruno Caboclo led the charge with 27 points, while Alfonzo McKinnie added 18 of his own.

The 905 came out with guns blazing in the first quarter, shooting a blistering 52.4 per cent from the field and limiting the Drive’s scoring opportunities without any let up.

Part of the hot start was due in part by the 25-year old McKinnie, who reeled off 11 points in the first 12 minutes of action and kept the ball humming for his club.

The 905 were rolling offensively, but Head Coach Jerry Stackhouse was quick to point out something else when asked what stood out in the victory.

“The defensive numbers,” said Stackhouse, whose team held Grand Rapids to just 83 points in the contest. “I mean [if you] look down, we [held] a team to under 40 per cent and 22 per cent from three – [those are] more like the numbers I like to see.”

Caboclo took over the reins in the second, scoring 12 of his 19 first-half points in the frame and helping extend the halftime lead to 17, 56-39.

The 6-foot-9 forward knocked down three of his four triples in the quarter and mounted a 29-19 scoring advantage for his club. The tandem of Caboclo and McKinnie combined for 30 first-half points and went six-for-11 from deep.

“Bruno was huge for us,” said Stackhouse. “He didn’t shoot it as well as he could [have], some of those looks I thought were going down for him, but those are the ones we want him to continue to take.”

The 905 were able to carry the momentum into the second half, making it difficult for Grand Rapids to spark any sort of comeback despite the Drive cutting the deficit to 11 twice in the third quarter.

Lorenzo Brown’s numbers didn’t exactly jump off the stat sheet on Sunday, but the 6-foot-5 guard was a calming influence to the offence and controlled the tempo with the help Davion Berry. Brown finished the night with 13 points and eight assists, while Berry contributed with 13 of his own.

The Drive finished the night shooting an abysmal 39.2 per cent and turned the ball 18 times, leading to 23 905 points.

Grand Rapids were without its leading scorer and floor general, Dwight Buycks, against the 905. The former point man for the Toronto Raptors signed a two-way deal with the Detroit Pistons earlier this year and is thought to be nursing an injury, possibly the same hip flexor that cause him issues in October. The 28-year old is currently averaging 22.9 points, 4.4 rebounds and four assists for Grand Rapids.

The 905 will travel to Maine to take on the Red Claws on Wednesday, Dec. 1.