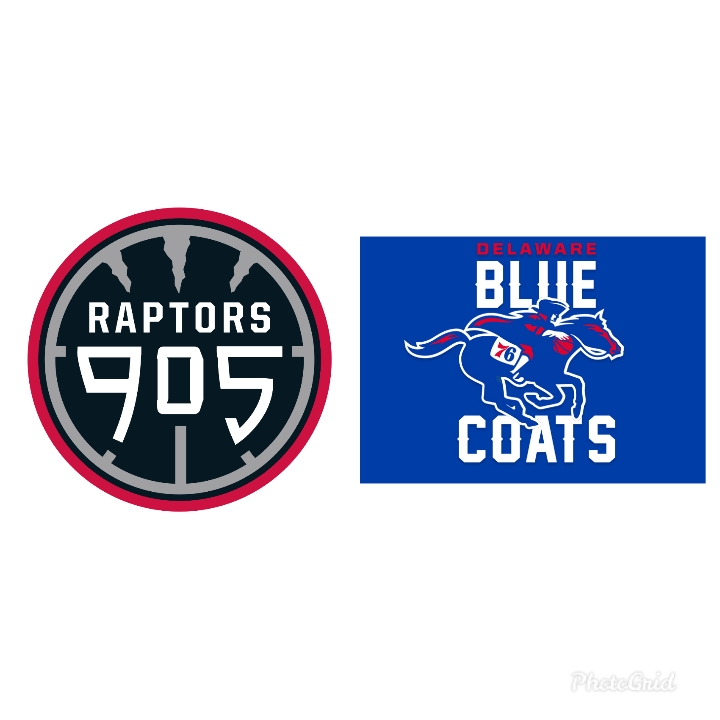 By Connor LamontMarch 10, 2021No Comments

The Raptors 905 playoff run in the Orlando bubble came to an end Tuesday night with a 127-100 semifinal loss to the Delaware Blue Coats.

It was a disappointing loss for the top-seeded 905 who came into the game with the best offense in the league and had also defeated Delaware earlier in the season.

Alize Johnson left everything he had on the court with 26 points and 15 rebounds. Gary Payton II added 17 points and 5 steals and Nik Stauskas had 13 points.

It was an uncharacteristic first half for the 905 who struggled to find their rhythm. The Raptors’ had 14 first half turnovers and did not move the ball around nearly as much as Delaware. The defence looked disinterested at times and their 3-18 shooting from three made it tough to keep up with the Blue Coats.

After a tight back and forth first quarter, Delaware pulled away in the second. Paul Reed, one of the best players in the G League bubble this season, sparked a 12-2 run midway through the second with a jumper. Isaiah Joe, on assignment from the Philadelphia Sixers, had 17 first half points and 5 threes and was big for his team throughout the half. Despite the great energy from Payton II off the bench and the steadying veteran presence of Stauskas, the 905 trailed 62-49 going into half.

However, the 905 weren’t going to go away quietly.

The 905 looked like a completely different team in the third quarter. After the Blue Coats started the first few minutes of the quarter strong to grow their lead to 19, the 905 awoke. Johnson kicked off a 17-0 run with two great buckets in the paint. Matt Morgan and Henry Ellenson each drained a three before Johnson made a tough hook shot with the foul to make it a two point game at 70-68. Johnson closed the quarter with layup thanks to a steal from Payton II to only trail 82-77 after three quarters of play.

The mojo the 905 found in the third quarter quickly disappeared in the fourth however. The Blue Coats shut down the Raptors’ offense and had major contributions from multiple players. Reed and Joe stepped up to shut down the 905 run and finished with 26 and 24 points respectively. Braxton Key was also terrific going 5 for 6 from three with 21 points. Delaware outplayed the 905 in the fourth quarter to pull away with the victory.

“We just didn’t have enough to overcome their surges, said Raptors’ head coach Patrick Mutombo. “You have to give them credit, they competed and they beat us.”

Although the loss is tough, Mutombo only discussed how impressed he was with how his team performed over the last month post-game.

“He turned us into believers,” said Payton II regarding how Mutumbo has helped the 905 this season. “I think that the moral of the story is continue to believe in the process and when you have guys that buy in, it turns into teams like the one we have here.”

“This group sacrificed a lot in a short amount of time and that’s very very rare and hard to do. I think the unselfishness and sacrifice for the guy next to him is huge,” Payton II said about his teams’ success in the bubble.

The Blue Coat’s win is just their second ever playoff victory after their first came against the Erie Bayhawks on Monday. Delaware will take on the Lakeland Magic in the championship game Thursday at 4:30PM.

After a gruelling schedule in the G League bubble, the 905 exit with an immensely successful season and proved that the Toronto Raptors have many promising talents in the pipeline.