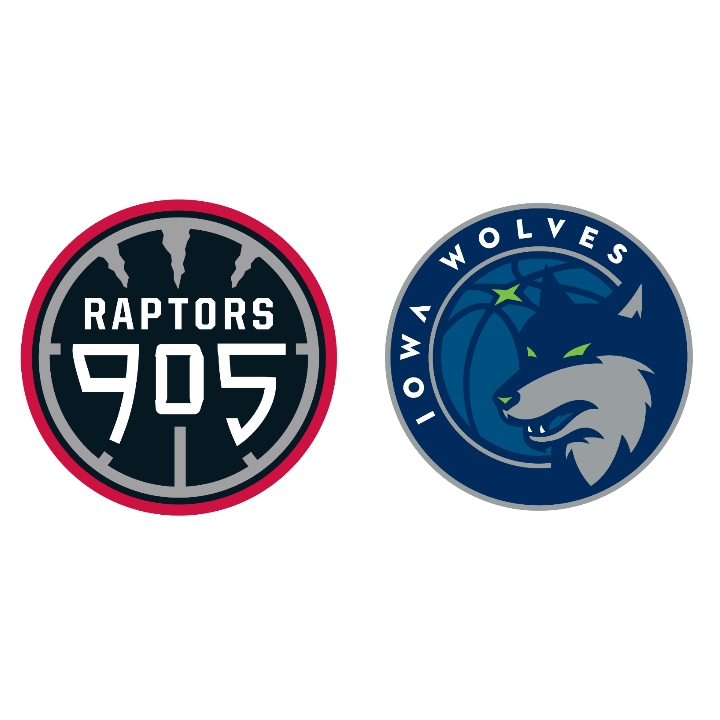 By Connor LamontMarch 4, 2021No Comments

(Orlando, FL) The Raptors 905 defeated the Iowa Wolves 132-124 Thursday and they just keep on winning in the Orlando bubble.

Nik Stauskas led the 905 with 29 points to help capture their seventh straight win.

Alize Johnson chipped in 26 points and 9 rebounds and Henry Ellenson went 8-11 from the field for 27 points.

Both teams shot incredibly well in the first quarter, which led to some high flying and entertaining action. The Wolves managed an early 7 point lead over the highest scoring offence in the league thanks to the three point shooting of Canadian Lindell Wigginton and Dakarai Tucker. However, the 905 clawed back and ended the quarter with a vicious slam from Gary Payton II and a triple from Ellenson to lead by four.

The 905 started the second quarter with the same great shooting and intensity that they ended the first quarter with. Stauskas, who went 3-11 from three last game against Oklahoma City, found his shooting stroke against Iowa with 19 first half points. His teammates found him for many open looks and he made no mistake as he sizzled from the floor.

Ellenson, the second highest scoring player in the G League since February 17th, had multiple timely makes from beyond the arc and showed his versatility with great drives to the rim.

With the Raptors pulling away in the second, the Wolves went on a 13-3 run to close the quarter. Wigginton helped to spark the team’s run with his shooting and had 16 of his 27 points in the half. The Wolves trailed 71-65 going into halftime.

The 905 quickly saw their 14 point lead after the third quarter disappear in the final frame. The Wolves’ Tucker scored 38 points in the game and made one of his ten threes at the 3:30 mark of the fourth to make it 120-117 for the 905.

After Johnson helped to put the Raptors up by 7, Wigginton scored a tough three and picked up the foul to complete the four point play and cut the Raptors’ lead to 126-124.

On the very next possession for the 905, Ellenson drove to the rim hard for the tough layup and the foul for a three point play of his own. The Raptors did not look back from there and banked their second win in less than 24 hours.

“I don’t even mention it, they come ready,” said 905 coach Patrick Mutombo regarding the trials of playing two games in less than a day. “Obviously, with our staff, we try to be smart, try to protect their bodies, try to protect their minds and give them as much rest as possible. But we have a group of guys whose will to win is so important that I have yet to hear one guy complain.”

It has been a long season for teams in the G League bubble, who play 15 games in a span of 25 days. The team can taste the playoffs now and they are ready to make a championship run.

“Our whole team has done a good job of being prepared no matter what the schedule throws at us,” said Stauskas postgame. “I think most of the guys in our locker room would agree that we’re all enjoying ourselves, we’re all having fun. Obviously capping this off with a championship would probably be the cherry on top.”

Jalen Harris will be able to return to the 905 team activities March 7th, after he finishes with the quarantine protocols. It was a last second decision Wednesday night to send Harris back to the 905 since it was the last day to enter the G League bubble.

The Raptors 905 take on the Lakeland Magic Saturday morning for their final regular season game. The single elimination style playoffs begin Monday. The Raptors have qualified for the playoffs, but don’t know their opponent at this time.