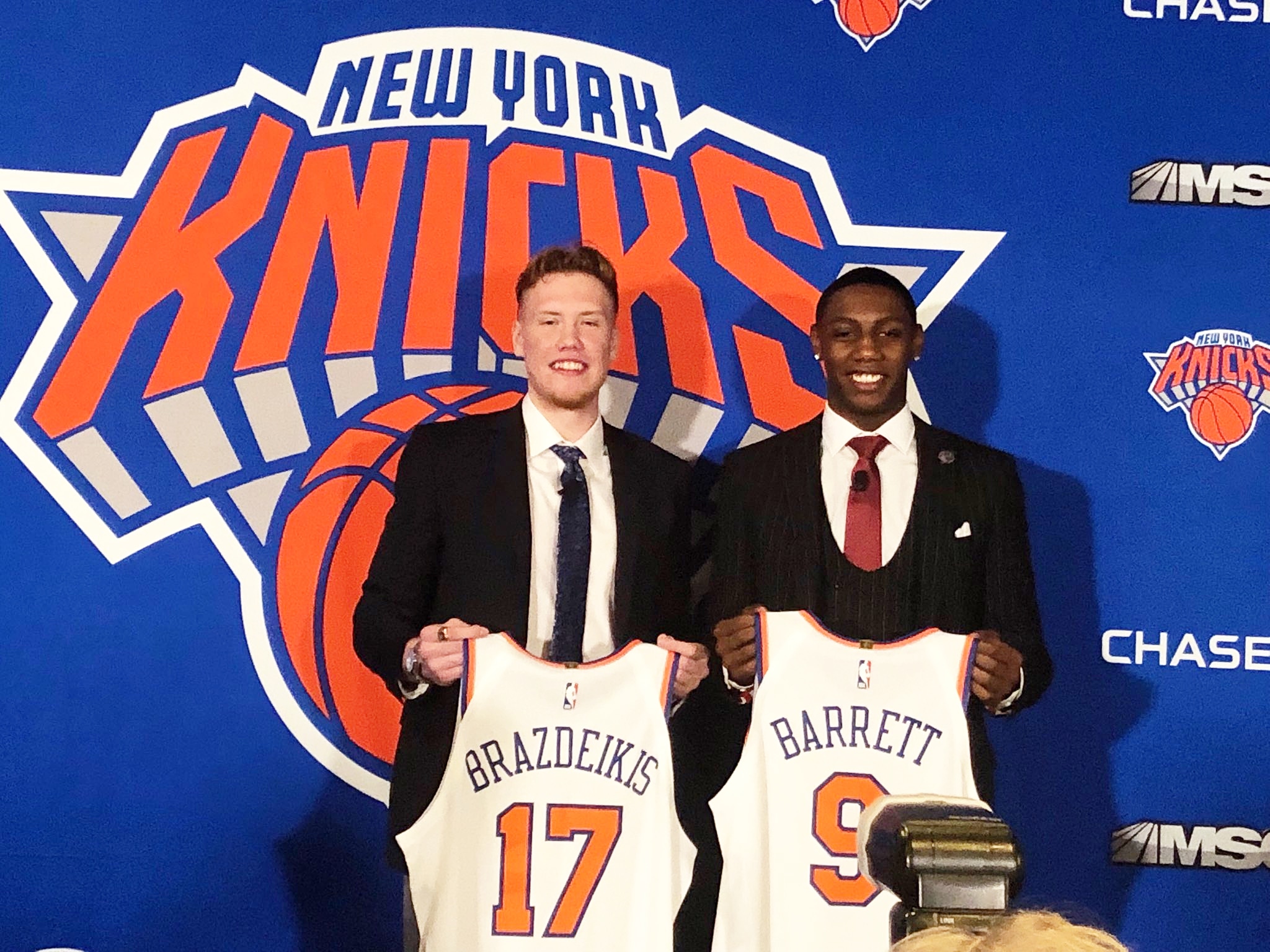 A record-breaking six Canadians taken in the 2019 NBA Draft

Less than a week after Canada celebrated the Toronto Raptors’ NBA Finals championship, a record six Canadians were drafted into the NBA last night. Four were drafted in the first round – Mississauga’s R.J. Barrett, Scarborough’s Nickeil Alexander-Walker, Vancouver’s Brandon Clarke and Burlington’s Mfiondu Kabengele – and two in the second round, namely Oakville’s Ignas Brazdeikas and Ottawa’s Marial Shayok.

Hailing from Canada’s basketball royal family, Barrett was selected third overall by the only team he worked out for – the New York Knicks. His father being Rowan Barrett, Sr., Head of Canada Basketball, and Godfather being Steve Nash, R.J. has some big shoes to fill. No Canadian basketball star has been as hyped as Barrett since Andrew Wiggins.

Barrett is a versatile lefty who has the ability to both score and distribute. Questions still remain about his shooting; he only shot 30.2% from downtown in his one-and-done season at Duke. But with his Maple Mamba mentality, he will look to silence critics and doubters.

Alexander-Walker is the cousin of Los Angeles’ Clipper Shai Gilgeous-Alexander (SGA). They are both wiry combo guards and grew up playing against and with each other. They look forward to duking it out on the NBA hardwood.

Clarke was drafted 21st overall by the Memphis Grizzlies. A Canadian citizen by birth, having been born in Vancouver, Clarke moved south at a young age. He played two years at San Jose State and spent the last year at Gonzaga. Like Alexander-Walker, Clarke will also join a young core in Memphis, consisting of Jarren Jackson, Jr. and 2019 second overall pick Ja Morant as well as Canadian Dillon Brooks.

Clarke’s modest playing style may have caused his slippage to No. 21. He is known as a defensive stopper, averaging over three blocks last season, and is known for great shot selection inside the paint.

Kabengele will be joining Alexander-Walker’s cousin, Gilgeous-Alexander, as he was drafted by the Nets for the Los Angeles’ Clippers at No. 27. The Burlington native flew under the radar for the majority of his career, receiving less attention than some Canadians who went undrafted. He is the nephew of Dikembe Mutombo and like his uncle; Kabengele will make his mark in the League, by his immense defensive potential.

Brazdeikas slipped to the second round, being drafted 47th overall by the Sacramento Kings but was moved to the New York Knicks. He will join his fellow 2018 Nike Hoop Summit World teammate R.J. Barrett there. Known more commonly as “Iggy”, Brazdeikas spent his high school career in Ontario, honing his game with Orangeville Prep in the Ontario Scholastic Basketball Association (OSBA). He earned Big Ten freshman of the year award at Michigan and given his sky-high confidence and legendary work ethic, he will be determined to make teams pay for passing him up.

Shayok was the last Canadian pick of the NBA Draft, having been selected 54th overall by the Philadelphia 76ers. He is the first player from the nation’s capital to make it to the NBA and will likely inspire more to come out of Ottawa.

Montreal’s Luguentz Dort went undrafted, but signed a two-way contract with the Oklahoma City Thunder. Having graduated from the same high school class as Barrett, Dort was overshadowed. Dort possesses NBA-level athleticism and has a pro’s body, and he too will be coming into the league with a chip on his shoulder.

Other undrafted Canadians will look to NBA Summer League and the free agency market to prove their worth. Those who went undrafted Thursday night were Mississauga’s Oshae Brissett (Syracuse), Dartmouth’s Lindell Wigginton (Iowa State) and Burlington’s Simi Shittu (Vanderbilt).

Brissett will hit the hardwood with the Clippers. Wigginton will ball with the Raptors and Shittu will join the Memphis Grizzlies this summer. While another Canadian, Kyle Alexander (Tennessee) will play for the Miami Heat’s NBA Summer League squad.