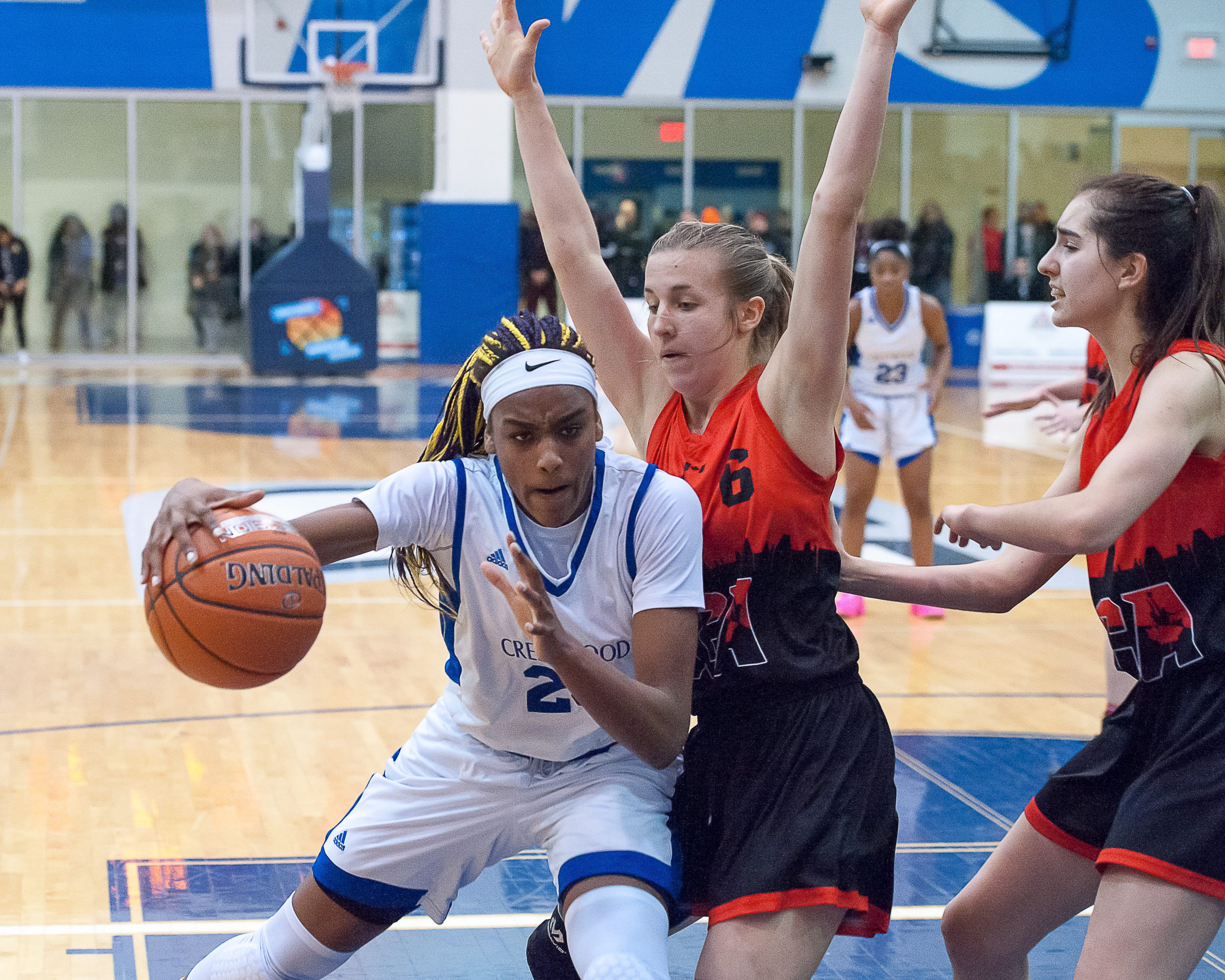 Aaliyah Edwards isn’t Kia Nurse, but she will be key to ending UConn’s title drought

Home » On Point Blog » Aaliyah Edwards isn’t Kia Nurse, but she will be key to ending UConn’s title drought

The UConn Huskies have long been held up as the standard bearers in women’s college basketball. They are the female version of Alabama football. The milestones speak for themselves – four straight national championships between 2013 and 2016 and an astonishing 111-game winning streak. But it’s been five years since they last won the NCAA Tournament, and some of the most iconic moments in recent history have come at their expense.

This may not be a vintage UConn team – positive COVID tests delayed the start to their season and they’ve already suffered a setback against Arkansas. But they’re still a no. 1 seed and, led by star freshman Paige Bueckers, they are a favourite to cut down the nets.

This is a younger UConn team than most. And Aaliyah Edwards (HS-Crestwood Prep under Head Coach Marlo Davis), in addition to being one of the Canadian women playing on each of the tournament’s no. 1 seeds, is also part of a group of six UConn freshmen.

With only two starts in 24 games, Edwards has been a spark plug off the bench. She has propelled the Huskies to victory with some big performances this season, particularly in the month of February. Against St. John’s on Feb. 3, she exploded for a 22-point, nine-rebound performance. She recorded her first double-double (16 points and 11 rebounds) against Xavier on Feb. 20, then one-upped herself on Feb. 27 with 24 points, 14 rebounds, and three blocks against Butler. Her great play earned her Sixth Woman of the Year honors in the Big East.

So, how has a girl from Kingston been able to thrive in her first season? It’s because she has been preparing her whole life for this moment. Being the daughter of a coach, Jackie Edwards has groomed her for basketball stardom since she was 12. She helped her build not only the talent, but the self-confidence that comes with playing for a storied program such as UConn.

“The importance of that experience is that it really built the foundation of who I am as a player and as a person because all those challenges I had to face were beneficial for me in what I do today,” said Edwards, in a feature to Sportsnet about her early years being trained by her mother.

Plus, she has already made a name for herself with the Canadian team. She has competed in a national competition every year since the age of 14, most recently playing on the senior team during the 2019 FIBA AmeriCup.

While comparisons to Kia Nurse may be unfair, they are understandable after being the highest profile Canadian to don the Husky jersey since her. Edwards has built a strong personal relationship with Nurse, too. She even recorded an open letter to Edwards before embarking on her freshman season.

Playing with WNBA pros at the FIBA AmeriCup helped her make the seamless transition to learning Geno Auriemma’s system. And even though Auriemma has coached plenty of world-class talent, Edwards’ game stood out to him right away.

“Since she’s been here, she’s been everything I expected,” Auriemma said, per Sportsnet. “We played the No. 1 team in the country, South Carolina, on national television, and she was out there acting like, ‘I do this all the time.’”

While playing through a pandemic has caused the word adversity to lose all meaning, this isn’t the first time Edwards has dealt with a major setback. Along with her mother, her older brother Jermaine Edwards was a tutor during her early basketball life. When she competed in the U16 FIBA Americas championship, she did so four months after his death. However, his loss has helped her grow as a person and as a basketball player.

“if I could make it through that, anything else that gets thrown at me down the road, I know that I can overcome it. So, now [Jermaine] just lives through me,” Edwards told CBC.

She has also worn purple and gold braids in her hair as a tribute to her idol, Kobe Bryant, since Grade 8. That symbol has taken on a new meaning since his tragic death for her, personally, but also for the Huskies who honored Gianna Bryant after she had committed to playing for them.

Edwards tries to embody the former Laker whenever she steps out onto the court.

“I just love his Mamba Mentality because there’s so much focus on the game and grinding in the gym,” Edwards told CBC.

“But what’s most important, I’ve learned over the years, is the significance of your mental competitiveness, because you can get so distracted and it will turn your whole game off for the next three quarters.”

With the tournament coming up, the pressure is on for this group of freshmen to end UConn’s relative dry spell and emerge victorious once again. It’ll be a tall task for Edwards if she wants to replicate what Nurse achieved at the collegiate level, which was two consecutive national titles. But Nurse knows she is up to the task.

“She’s physical, obviously something that UConn needed going into this season. She’s not afraid to get to the rebound battle and she’ll give you a ton of energy,” Nurse said, per TSN, about Edwards’ game.

And with this being an Olympic year, it’s safe to say that Edwards has her sights set on more than just a national title once the tournament tips off.