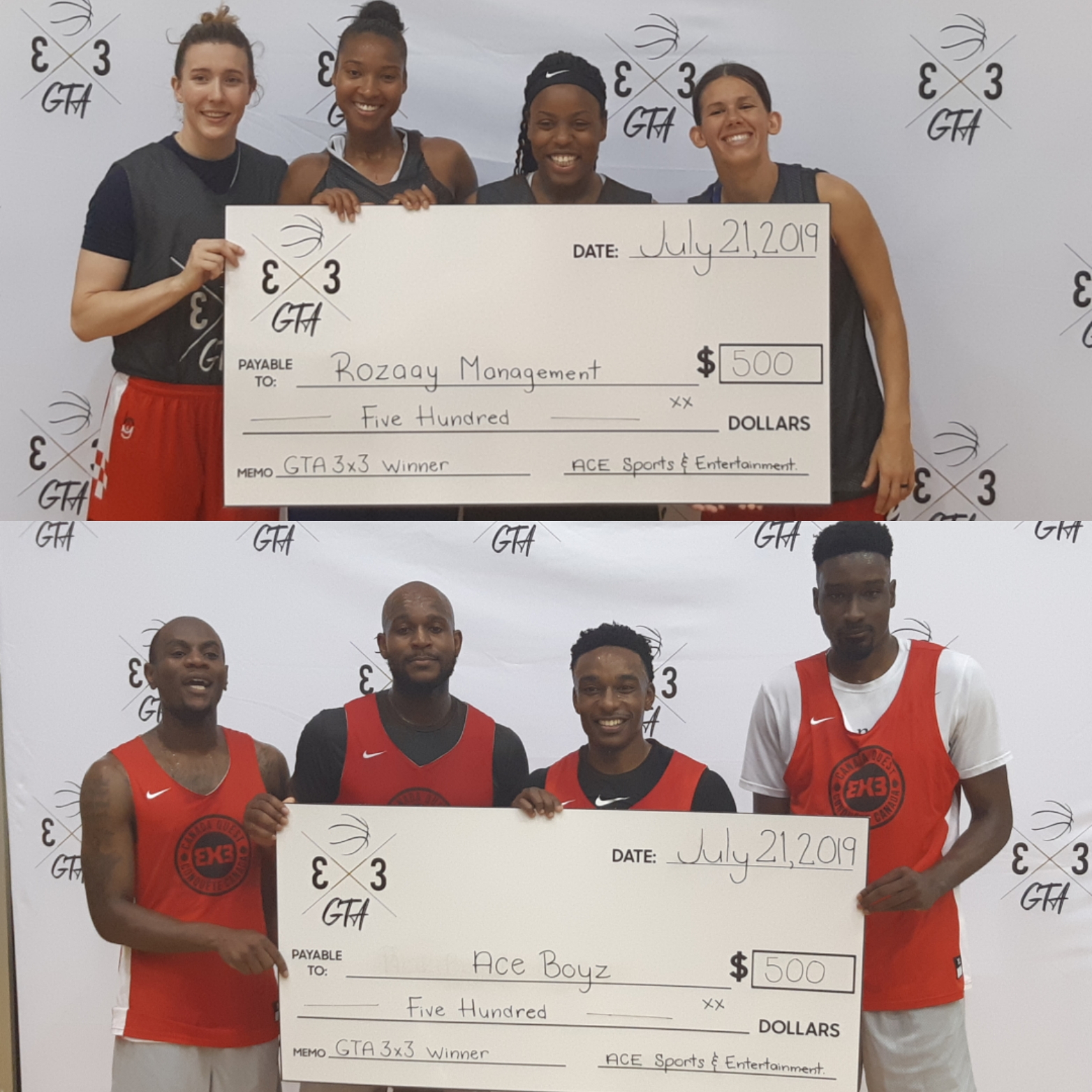 Basketball is growing not only as a 5-on-5 game. On July 21st, a FIBA-certified 3-on-3 basketball tournament, GTA3x3, was hosted at Ryerson’s Mattamy Athletic Centre.

FIBA 3×3 games are considered “sprints” as games are either 10 minutes long or the first team 21 points wins. Games are played with a size 6 basketball, and there is very little stoppage after the ball is scored.

ACE Boyz were the men’s division winners and Rozaay Management for the women’s.

For the men’s division, the tournament was a FIBA Canada Quest Regional Tournament. This means that ACE Boyz won the Toronto qualifiers (there are other regional qualifiers across the country), and they will head to Montreal to compete in the East National Finals next month. The winner of the East Finals will then qualify for the FIBA World Tour Masters in Montreal.

There will be 10 World Tour Masters tournaments across the globe, and the top 12 teams ranked in the World Tour standings will punch a ticket to the World Tour Final in Utsunomiya, Japan. 3×3 was also added as an Olympic sport to Tokyo 2020.

A team with a roster entirely from Japan also competed on Saturday. The globalization of the Toronto Raptors’ brand was a pull factor in bringing them to this city.

Both ACE Boyz and Rozaay Management will continue competing to make a global mark in the world of 3×3 basketball.