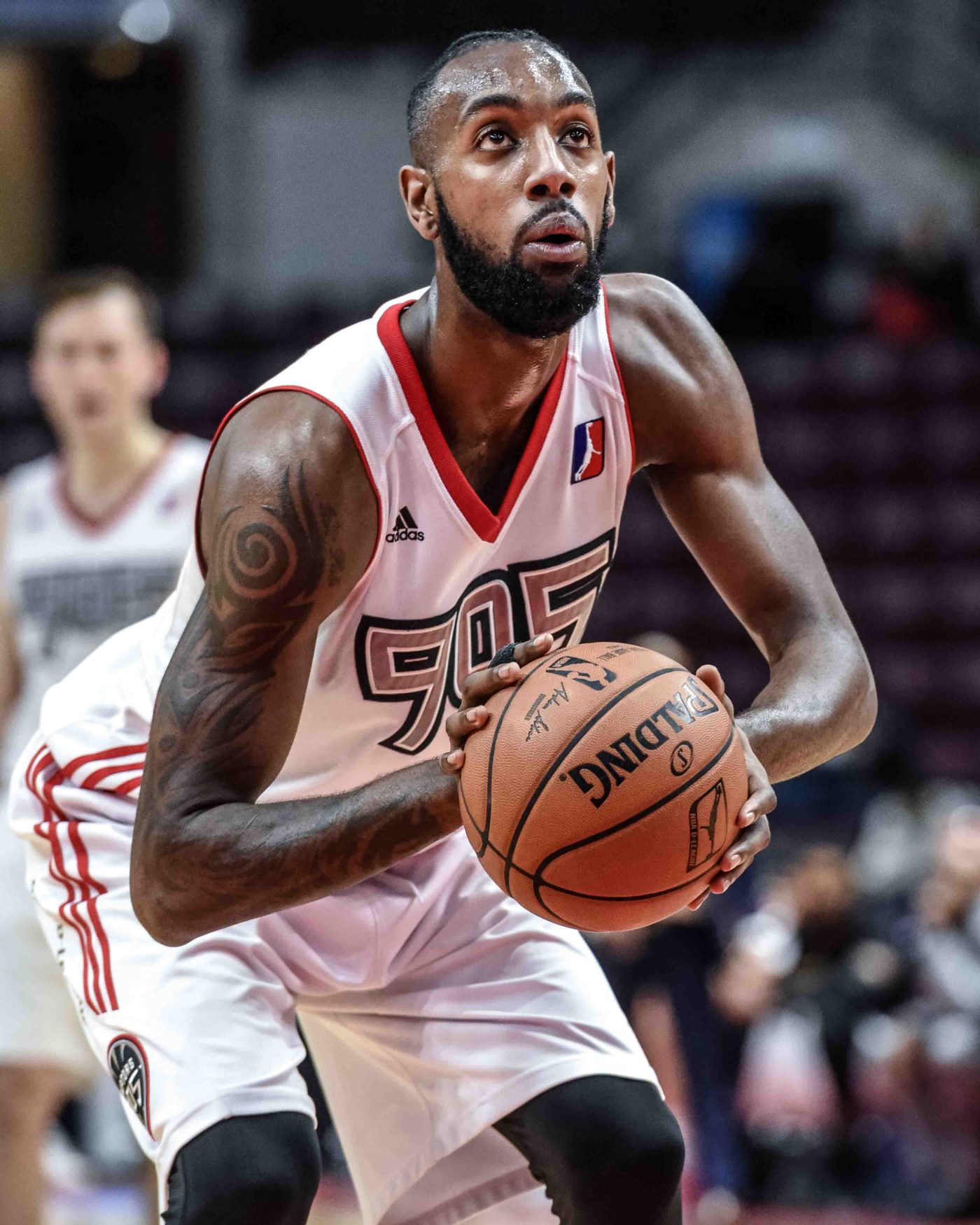 By Jaspreet GrewalFebruary 28, 2017No Comments

(MISSISSAUGA) CJ Leslie recorded 20 points and nine rebounds and the scorching-hot Raptors 905 were able to rally past the Rio Grande Valley Vipers 104-93 on Monday in the team’s first-ever Filipino Heritage Night at the Hershey Centre.

The comeback win extended the 905’s NBA D-League streak to six, and solidified its grasp on first place in the Eastern Conference.

Brady Heslip registered 19 points in 36 minutes of action for the Raptors while E.J. Singler pitched in with 15 points to go along with nine rebounds. Edy Tavares sealed his double-double performance of 10 points and 10 rebounds with five blocks in the win.

Trailing by as many as 17 points, the 905 discovered their groove in the second half, outscoring the Vipers 64-45 and limiting them to just 35.6% from the floor in the end. Much of the scoring tirade came from the Canadian sharpshooter, Heslip, who poured 12 of his 19 in the third quarter and finished the night with five trifectas for the home team.

Though the 905 were unable to find their mark on the offensive end – as the club shot just 40% on the night– it was the defensive side where head coach Jerry Stackhouse felt his team held strong after trailing by double-digits at one point early on.

“Our goal was to hold this team [to] under 90 [points],” said Stackhouse, as the 905 came close to achieving that goal, limiting the Vipers to 93 by the end of it. “We pride ourselves on being a really good defensive team and I’m just proud that I can be with this group [as they] just continue to grind and play through each other and for each other.”

Early game frustration caused Leslie to pick up a technical foul after not receiving a call from the officials in the first quarter; something Stackhouse didn’t appear too upset about following the game and even deemed it somewhat necessary for his team’s success.

“He plays with an edge,” he said. “It might seem like he’s frustrated from the look on his face, but I need him with that…I don’t even mind the technical fouls from him, it lets me know he’s engaged and into the game.”

“It’s his fifty bucks if he wants to throw it away,” laughed Stackhouse. “I’m not paying his fine for him, but [again] he brings an edge to this team that nobody else does. We got guys that compete and play with toughness and play with heart, but when he’s playing at a high level, we’re a different team.”

The 905 had six players finish with double-digit scoring and the team totaled 22 assists in the win over. John Jordan and Bruno Caboclo were two of those players, as the duo finished the night with 12 and 10, respectively. Jordan was integral to the team’s second-half resurgence, ultimately locking down Viper guard Darius Morris and limiting him to just 3-for-14 shooting on the night.

For Rio Grande Valley, Gary Payton II had 16 points and nine rebounds in the loss. Isaiah Taylor contributed with 15 points, seven rebounds and five assists in just under 35 minutes of playing time.

Kyle Wiltjer continued his D-League scoring parade, notching a double-double with 23 points and 15 rebounds in close to 40 minutes of action. Wiltjer, a dual citizen of Canada and the United States, has averaged 20.8 points and 6.5 rebounds in 20 games for the Vipers this season after being sent down by the Houston Rockets in mid-November. In his previous game for the Vipers versus the Grand Rapids Drive, the former Gonzaga Bulldog put on quite a spectacle, scoring a career high 40 points to go along with 10 rebounds and connected on seven three pointers.

The 905’s other Canadian Negus Webster-Chan hit on his only shot of the night – a three pointer—in just under four minutes of action.

The 905 will begin a five-game road trip beginning on Mar. 1 against the Northern Arizona Suns before its next home game on Mar. 13 against the Austin Spurs at the Air Canada Centre.