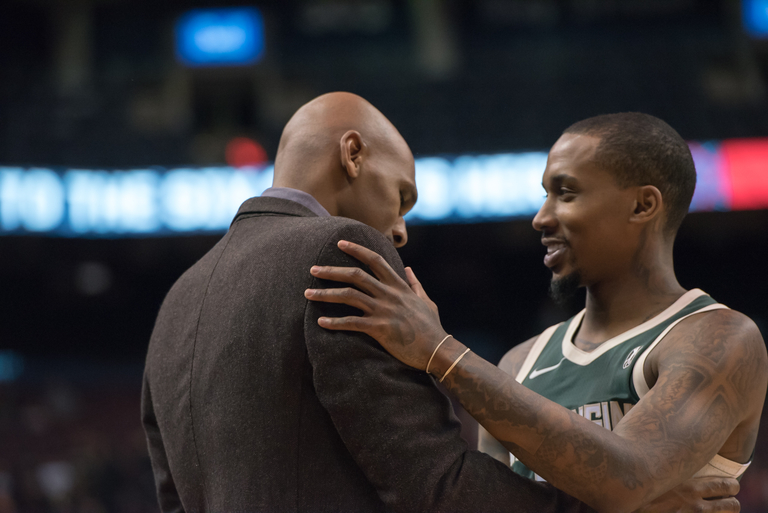 By Teru IkedaFebruary 28, 2018No Comments

The lower bowl at the Air Canada Centre, packed with 9,147 fans, witnessed the Raptors 905 defeat The Wisconsin Herd and Brandon Jennings 129-119 this past Sunday on Chinese New Year Celebration day (Year of the Dog), improving to 24-15 on the season.

Jennings (28), a former Milwaukee Bucks star who was drafted 10th overall in 2009, played in his third game for the Wisconsin Herd.

The Compton, California native is trying to return to the NBA after a stint in China playing for the Shanxi Brave Dragons of the China Basketball Association, finished with 29 points vs. the 905 and his scoring ability was on full display. He poured in 14 points in the 2nd quarter and continued to get to the rack with lightning quick speed well into the 3rd. With 2:02 left in the 4th quarter, Jennings hit the second of back-to-back trey balls (a mean step back 3 point jumper) to close the margin within 7 points, but it wasn’t enough to the beat the home squad.

Though he shot 33% from the field and had the lowest +/- in the game, Jennings also displayed great court vision, assisting teammates cutting to the basket and finding open ones right after getting a pass. His unwavering aggressiveness will be recognized in NBA front offices and he will continue to pound their doors until he cracks a roster.

Back when he broke into the NBA, Jennings was a trailblazer, being the first high school player to skip college to play overseas professionally. Negus Webster-Chan, who is of Jamaican Chinese decent, also took an unconventional route to the G League and potentially the NBA, having been a two-and-done NCAA college player before turning pro after stints at Missouri & Hawaii. Against the Herd, Webster-Chan went 3-5 from 3-point territory (the 905 shot 41% from the 3pt range) and finished the game with a respectable 11 points.

The 905 victory, was keyed by the offensive firepower of Alfonzo McKinnie (27 points), Kennedy Meeks (23 points), and Davion Berry (18 points).