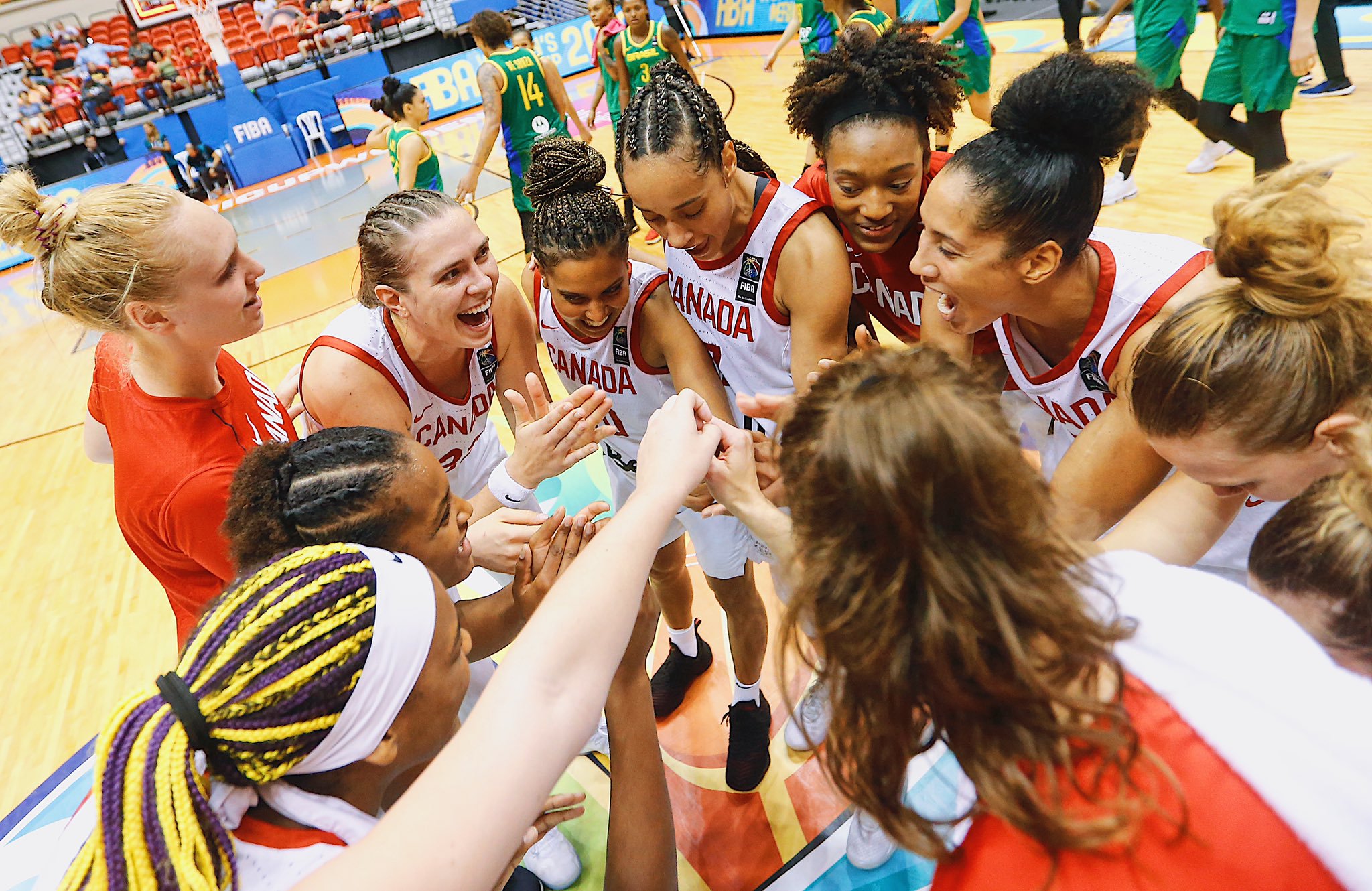 After Brazil’s Erika De Souza split a pair of free throws, Carleton opened the scoring for Canada as her step-back jumper early in the second quarter gave the red and white a five-point advantage, 17-12.   With 4:21 to play in the half and Canada leading by three, Brazil clamped down defensively, holding the Canadians scoreless for the remainder of the quarter and entered halftime with a two-point advantage, 28-26.

Early in the third quarter, back-to-back three pointers from Carleton kickstarted the Canadian offence and tied game at 32 apiece. Canada and Brazil continued to go back and forth, keeping the score between two points of each other much of the quarter. A late Brazilian turnover with time winding down in the third gave Canada a chance to take the lead, but Carleton’s layup attempt was blocked by De Souza and the quarter ended with Brazil leading 45-43.

In the fourth, it was Canada’s defensive intensity that translated into offence at the other end.  Tied 53-53 midway through the fourth, Canada outscored Brazil 13-5 over the final 4:26, including a 8-0 run last in the game, to seal the victory.

Entering the tournament as two-time defending FIBA Women’s AmeriCup champions, and guaranteed a medal on Sunday, Canada has now found a spot on the podium in eight of the last nine competitions dating back to the 2003 FIBA Americas Championship for Women in Culiacan, Mexico.

Canada has also qualified and will host one of two FIBA Women’s Olympic Pre-Qualifying Tournaments 2019 for the Americas region.  The Edmonton EXPO Centre’s Hall D Arena in Edmonton, Alberta will host the tournament in mid-November.  Click here for additional information.

Team Canada will now face USA in the finals on Sunday, September 29 at 8:00 P.M. ET. Fans in Canada can catch the game streaming live on DAZN.

“The key for us to get the win was coming together on the defensive end. Brazil had great spurts so we just had to play defence and come in to help each other out. My coach and my teammates have a lot of confidence in me so it made me feel very confident out on the floor.” – Shay Colley