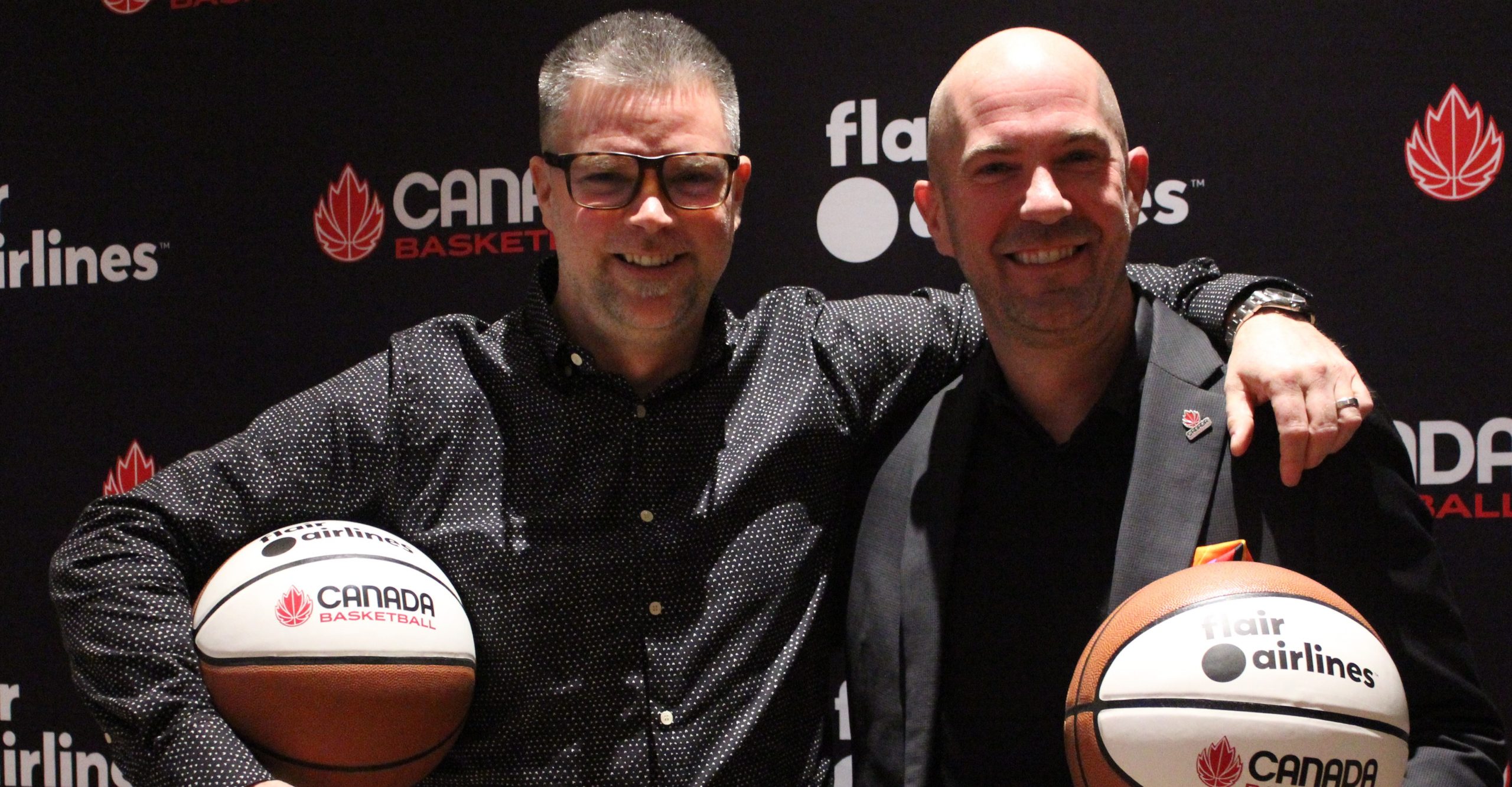 Canada Basketball and Flair Airlines, an Edmonton-based ultra low-cost carrier, unveiled a new multi-year partnership in Toronto recently, establishing Flair as Canada Basketball’s official airline. The deal will provide support across all of Canada Basketball’s competitive and development programs, including 3X3 and its provincial associations across Canada.

“Flair’s demonstrated through our entire conversations that they get what we stand for and they stand for the same things,” said Canada Basketball CEO Michael Bartlett. “They get that basketball can be a unifier in this country. They also get that there’s so many layers and levels to community basketball, and what’s important is giving Canadians a chance to play it wherever they want or need to play it and travel the country to do so.”

Flair Airlines currently has a route network exclusive to North America. According to their company website, flyflair.com, the carrier travels to over 35 destinations across Canada, the United States, and Mexico.

Bartlett was enthusiastic that the savings on these short- to medium-haul flights can benefit Canadian grassroots basketball as much as it benefits Canada Basketball’s event properties.

“Yes, we’ve got a senior team deal, a 3X3 deal, but what we really want is our provincial associations and the club networks that live within them to be able to access unique offer codes so that when they’re going to their provincial championships, club championships, or national championships, they can do so,” said Bartlett. “They can invest that money back into the sport. Travel is so expensive these days and it’s making people choose what to spend their money on. We’re hoping that this [partnership] makes that choice easier.”

Canadian women’s 3X3 star Katherine Plouffe, who has represented Canada internationally since 2015, first flew with Flair last November to compete in the 2022 FIBA 3X3 AmeriCup in Miami. It was an experience she could get used to.

“In the past, for 3X3, we’ve had to book our flights ourselves and be the coordinators,” said Plouffe. “As the program has grown and this partnership has emerged, everything’s been taken care of, so as an athlete it’s been easy to go in, perform, and do our best instead of having these other things to worry about.”

The partnership represents the next step in Flair’s deep investment into Canadian basketball, having sponsored last July’s inaugural GLOBL JAM, an international Under-23 basketball showcase and festival that Canada Basketball plans to organize each summer. Flair had also partnered with the Canadian Elite Basketball League last June.

“Basketball is literally the most omnipresent thing other than music in the world,” said Nelson Phillips, Vice President of Marketing & Communications, Flair Airlines. “We’re about the people. Our whole goal is to democratize air travel, to make it accessible, to allow people to travel more often and to more places. It just fit.”

According to Bartlett, it was fatefully at a CEBL game that the idea of a partnership between Canada Basketball and Flair was conceived.

“I went to a Hamilton Honey Badgers CEBL game in June of last year,” Bartlett shared with On Point Basketball. “Kenny McIntyre, one of the principals at Flair Airlines, was at that game. We had a beer and next thing we knew we had a GLOBL JAM partnership and we were talking about a national deal.”

“It came together so quick because the leadership team there along with the leadership team here at Canada Basketball just understands what we’re trying to do for Canadians,” Bartlett continued. “It didn’t come down to, ‘Will my logo be seen?’ It didn’t even come down to, ‘Can you guarantee us that you will win this competition?’ It was like, ‘What are you going to do for Canada?’ We’re trying to connect Canada — us through basketball, them through efficient travel. The vision statements aligned so quickly that we were halfway down the beer and realized, okay we’ve got something here. Let’s do it.”

Expediting the partnership was NBA star and member of Canada’s senior men’s national team, RJ Barrett, who had become a part-owner of Flair in the first half of 2022 on an undisclosed date.

“There’s a trust element that’s intrinsically created because one of our athletes is part of [Flair],” explained Bartlett. “We know that these are people we can trust from day one because our athletes do. What you’re actually starting to see, and some of them aren’t announced yet, but they’re starting to bring more athletes from our pipeline into their ambassador family. Because again, our athletes see that we trust them. It’s starting to create some value back to Flair as well.”

Unfortunately, Flair will be unable to fly Canada’s senior national teams to their two major upcoming competitions overseas: the men’s 2023 FIBA Basketball World Cup which will be co-hosted by Indonesia, Japan, and the Philippines in August, and the 2024 Summer Olympics in Paris. Bartlett claims this inconvenience was never an obstacle for the partnership.

“Flair won’t be carrying us to the World Cup. They’ll carry us when we fly domestically as long as they fly that route,” said the Canada Basketball executive. “But when we had that conversation with Flair, they were like, we’re not looking to be your exclusive airline carrier. We know we can’t take you everywhere. This doesn’t mean that our teams have to fly Flair all the time. We’d love it down the road when they expand internationally or get into chartered services, then certainly we will utilize them.”

Photo: Nelson Phillips of Flair Airlines (left) and Michael Bartlett of Canada Basketball (right) made a joint announcement of the partnership on Friday.