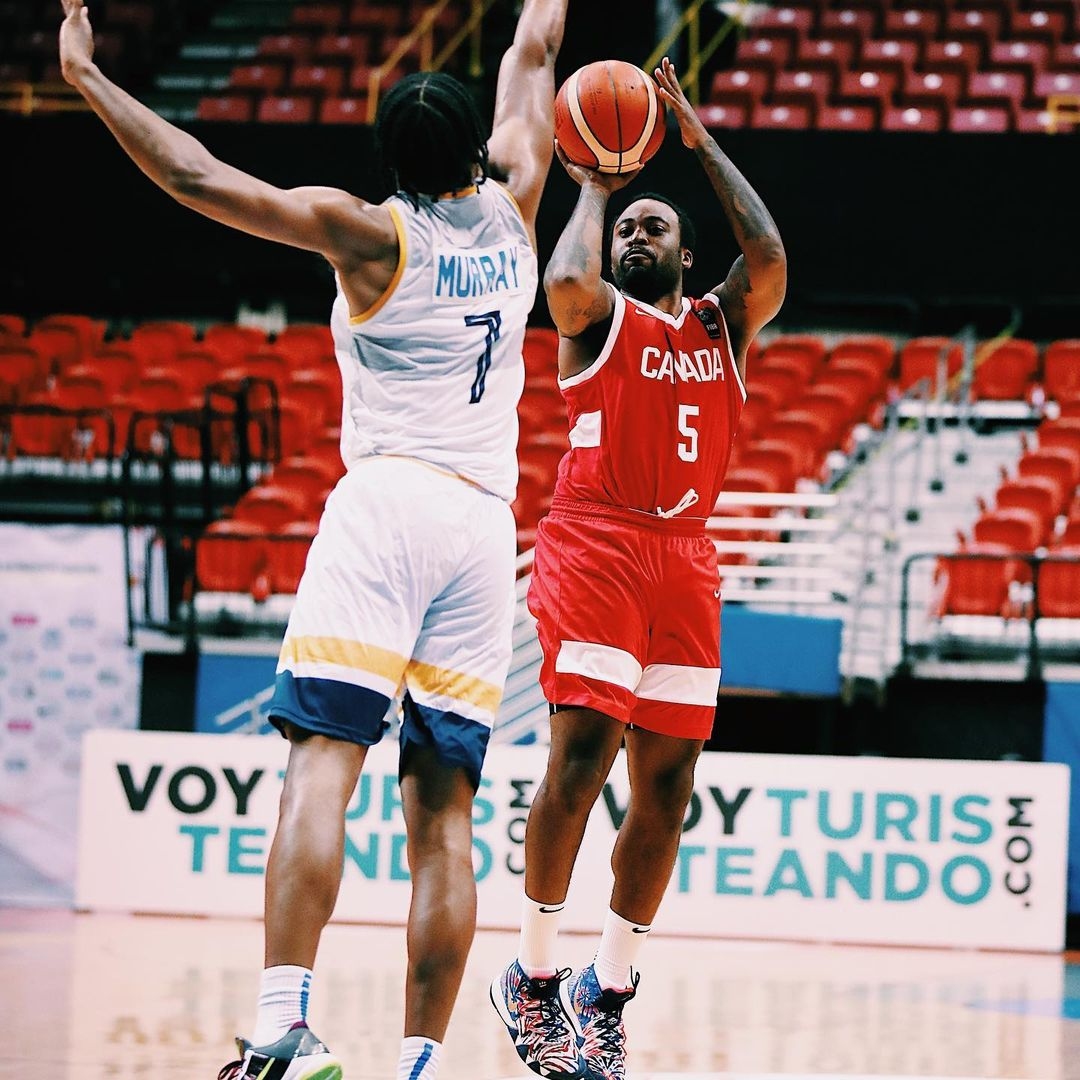 By Thomas DebostFebruary 23, 2021No Comments

I’m going to be totally honest here: I did not expect to watch two amazing Canada Basketball games last week, as they competed in the FIBA 2022 Americup Qualifiers.

Notwithstanding, I was pleasantly surprised by the level of entertainment and competitiveness. Team Canada grinded through both games in order to beat the US Virgin Islands (ISV) twice in a row; a buzzer-beating victory 93-95 last Wednesday before another W 95-90 on Saturday.

Perhaps most interestingly, both matches followed a very similar scenario. In both instances, the red and white pulled ahead early, seemingly having the game firmly in hand, before the ISV team rallied back, just short of getting past their opponents. Both times however, the effort and hustle by the Islanders was impressive, notably through their star man and former Florida Gator under Billy Donovan, Walter Hodge. The lefty point guard averaged 26 points over the course of these qualifiers and was within touching distance of the elusive 50/40/90 mark (he shot 49.5% from the field, 39% from 3-point land and just over 85% from the charity stripe.)

In the first matchup between these two nations, I really thought the game was done and dusted by the end of the third quarter. The Islanders wanted none of that and it all came down to the very last shot. Canada’s point guard Kaza Kajami-Keane brought the rock forward and drove before kicking it back out to Anthony Bennett, however the play was broken up by a deflection. Bennett, who was supposed to have an open three, decides to pass up on it and throw a dart into the paint to Kyle Landry, who banks in a floater, at the horn for the win. Heartbreak for the Islanders who had given everything to get back into this one, jubilation for the Canadians.

Former NBA #1 overall draft pick Bennett averaged 18 points over both contests, shooting over 46% from the field and without missing a single free throw attempt (6/6). I honestly thought he looked very confident on the court, which was extremely reassuring to watch. And, as just mentioned, he had a decisive game-winning assist.

Now, when it comes to the second fixture between these two sides, it was a little less of a nail-biter. Team Canada lead throughout the entirety of the game, boosted by Johnny Berhanemeskel, a member of Nanterre 92 in France’s Pro A league, who had not played a single minute until then before knocking down three 3’s in the second half alone.

On a personal note, as a U Sports enthusiast myself, it was quite exciting to see some Canadian university alumni as future serious prospects. One in particular, a former Ryerson Ram, shined throughout the tournament: Aaron Best. I was incredibly impressed by his level of play, albeit not surprised given I had heard how incredible he was in the Ontario University Athletics (OUA) for the Blue and Gold. He played all four games in this tournament for Canada, averaging 15.5 points per game while shooting an outstanding 53.8% FG, 52% from beyond the arc and 87% from the free throw line!

Watching both of these countries go at it on the hardwood was a pleasant surprise when it came to the level of intensity and skill. I cannot wait to watch Team Canada again in the Fall when the AmeriCup truly tips off. As for the US Virgin Islands, my hat tips off to them for their convincing display and I am sure the future is bright for what is still a very young roster.