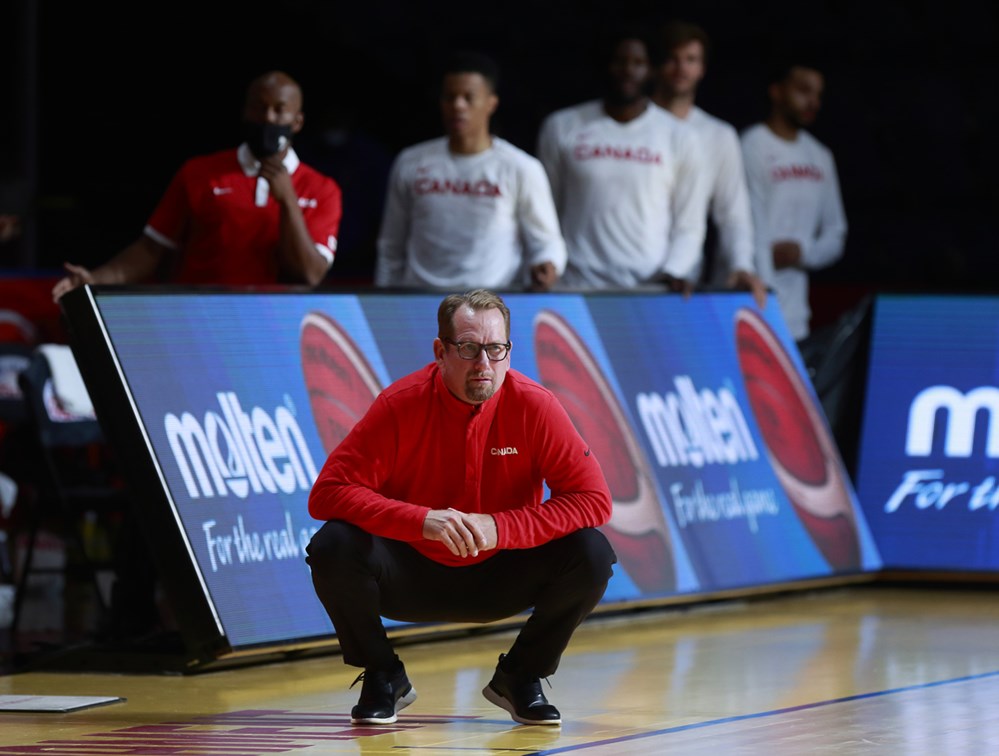 “Extending Nick is an important first step for our Senior Men’s National Team program as they pursue a spot on the podium at the FIBA Basketball World Cup 2023 and at the Paris 2024 Olympic Games,” said Canada Basketball President & CEO, Glen Grunwald. “From the coaching staff to those players selected to represent Canada, we recognize that consistency and familiarity is critical for this program to continue its progress towards those goals.”

Nurse was named head coach of the Senior Men’s National Team in June 2019 and coached Canada at both the FIBA Basketball World Cup 2019 and this summer at the FIBA Olympic Qualifying Tournament in Victoria, British Columbia.

In an open letter to supporters of Canada Basketball and the Senior Men’s National Team, Nurse outlined a three-year commitment between now and Paris 2024 and the importance of chemistry, camaraderie and continuity.

“Nick is a tremendous head coach with a proven history of success at each and every level he’s coached throughout his career,” said Rowan Barrett, General Manager / Executive Vice-President, Senior Men’s Program.  “Extending Nick provides our program the excellence and leadership to continue growing our program at all levels, as we pursue the podium and establish Canada as global leader in international basketball.”

More than familiar with international FIBA basketball, Nurse was an assistant coach with host Great Britain at the London 2012 Olympic Games, an experience he considers one of the highlights of his basketball coaching career.

Additionally, he spent 11 seasons as a head coach in the British Basketball League (BLL) with the Birmingham Bullets (1995-96), Manchester Giants (1998-2000), London Towers (2000-01) and Brighton Bears (2000-06). Nurse captured two league championships with Birmingham in 1996 and in 2000 with the Giants. After leading Manchester to their first BBL title in program history, he was named Coach of the Year in 2000 and again following the 2003-04 season with Brighton.

Nurse was named the ninth head coach in Toronto Raptors history on June 14, 2018 and has guided the organization to a 138-88 regular season record over the course of the last three seasons and led Toronto to the franchise’s first NBA Championship in 2019. He was named the 2019-20 NBA Coach of the Year after leading the Raptors to a 53-19 regular season franchise-best .736 winning percentage.

Canada Basketball was initially able to sign Nurse to a contract in 2019 thanks in part to a generous donation from the Dani Reiss Family Foundation to the Canadian Olympic Foundation, in support of basketball high performance programs. Dani Reiss, President and CEO of Canada Goose, has been a long-standing supporter of Canada Basketball and is passionate about seeing the game of basketball continue to grow across the country.

The Future of Canadian Basketball in the Paint: Part 1