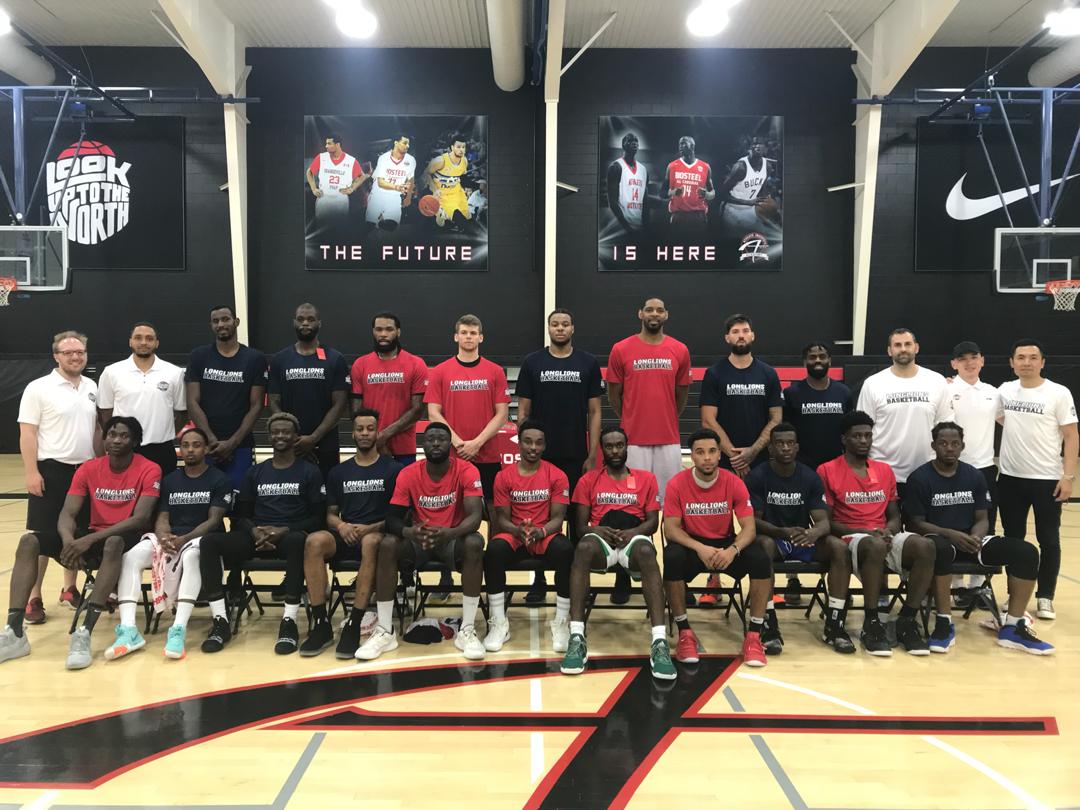 (Mono, ON) 18 pro basketball players gathered together this past weekend, on the same high school gym floor that Denver Nuggets guard Jamal Murray honed his craft on at the Athlete Institute in Mono, Ontario

Some pros have come back from playing overseas, while others are still desperately hunting for contracts. But they all showcased their talents in front of the Guangzhou Long Lions and their affiliate teams. This was the first time ever that a Chinese professional basketball team hosted a player showcase on Canadian soil.

“(World import) players would normally be required to be multi-skill players that take large responsibility for the team on both ends of the floor,” said GM Lukas Peng of the Black Bears. “For (our team), where locals are not very experienced, the foreign imports are very important in carrying the team.”

Canadian Jasonn Hannibal is currently playing for Hong Kong Eastern. Though he has not seen ASEAN League (a regional, Southeast-Asian league) play yet, he has competed in local tournaments and Hong Kong’s domestic league, the A1 Division League, where only one import player is permitted.

“I was never sure when I would get a chance to play,” admits Hannibal who has stayed there for over a year to become eligible for domestic league competition. To play in the A1 Division League, an import player must have lived in Hong Kong for 365 days.

Hannibal says his biggest adjustment has been minutes, staying ready as he went from riding the bench to suddenly getting lots of playing time in the local league. “Our other local big got injured mid-season, so when I was up, it was literally just me. And getting hacked for 40 minutes gets very tiring. There was a stretch where we had three games in five days. There was also a single day tournament where I played for over 100 minutes. Yeah, I was pretty exhausted after.”

Playing in Hong Kong also helped him approach the mental aspect of his game. “I also spent a lot of time with a sports psychologist in my time out here…so I’m especially thankful for that,” said Hannibal.

While Hannibal speaks about the grind of a pro hooper, our southern neighbours who have played for the Guangzhou Long Lions and its affiliate teams have found more success. Marreese Speights averaged 23 points and 7 rebounds after inking a 1-year, $2.1 million deal with Guangzhou.

The Guangzhou Long Lions will be playing scrimmage sessions against University, College and professional Canadian talent throughout the month.

Written by Teru Ikeda. Check out Teru on Twitter.